3T is launching an innovative new range of aero wheels to take on the likes of Zipp at the top end of the market. The Italian brand, which is celebrating its 50th birthday this year, will first release Mercurio tubulars to be followed by Accelero clinchers in the next few months.

At the media launch outside Turin just ahead of the start of the Giro, 3T technical director Richard McAinsh said that the new wheels equal or exceed the best currently available in terms of aerodynamics, weight, inertia, strength stiffness and braking.

3T reckon that the aerodynamics of Zipp’s Firecrest rim shape are exceptionally good at certain yaw angles but that the amount of drag changes a lot according to the apparent angle of the wind. They claim their new design has consistently low drag through the range of yaw angles you’ll encounter in real world riding. As well as keeping you moving fast, 3T say this consistency reduces sudden changes in pressures on the wheels caused by the wind’s veering in direction, thereby improving stability. We've been to the presentation not ridden them, so we can't comment on that one.

In terms of weight, the Mercurio Ltd 60 wheelset (with 60mm deep rims) comes in at under 1,400g, which is up there (or down there, depending on how you look at it) with the best. 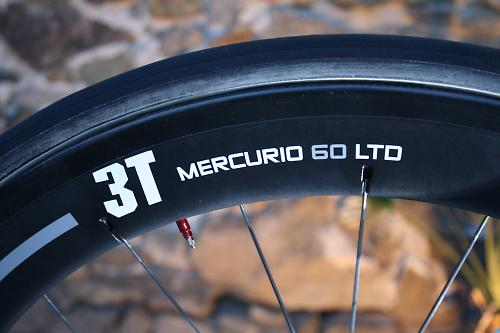 3T have worked hard on keeping as much of that weight as possible close to the centre of the wheel to reduce inertia and so improve acceleration (think about an ice skater spinning; when they bring their arms in closer to their body they spin faster). The composite rims have been made to weigh less than 400g (60mm version again) and the spokes have been reversed so the nipples – the heaviest bits of the spokes – are positioned at the hubs rather than at the rims.

3T didn’t want to drill their rims on the basis that drillings are stress risers and require extra rim-wall thickness for reinforcement, increasing weight. Instead, the spoke heads slot into little pockets in the rims that are strengthened using fibres as bridge sections – they work a bit like the cables on a suspension bridge. The spokes exit the rim on one side and cross over to the opposite hub flange. 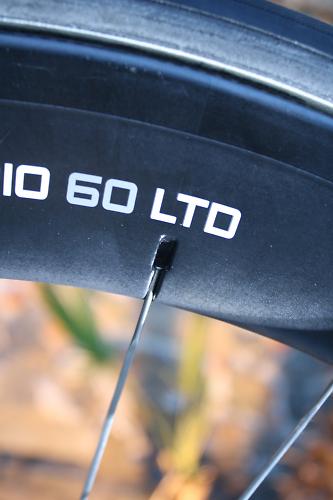 The obvious concern is whether those open pockets mess up the aerodynamics. Independent testing at the San Diego wind tunnel apparently says not, which came as a surprise to the researchers.

The hubs are exclusive to 3T, the rear one coming with a notably tall flange on the drive side to give a wider bracing angle to the crossover spokes. The spokes are perfectly straight so they can reliably support high tension and the nipples look easy enough to get to so adjustment shouldn’t be too much trouble. One other interesting feature is that the freehub body is compatible with Shimano/SRAM and Campagnolo. The splines fit both standards. If it works as promised, we hope 3T license the design out. 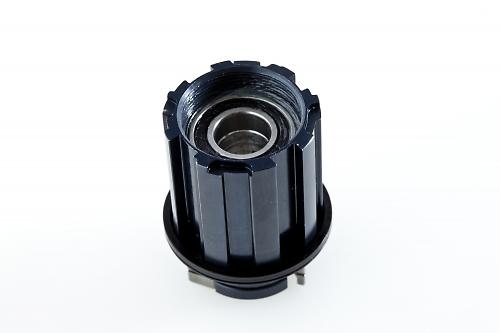 3T have given the brake tracks a ‘surfacing veil’ that’s derived from Formula 1 – Richard McAinsh was formerly head of composites at the Ferrari F1 team. They’re not giving a great deal away about what that is although they reckon it’s highly resistant to abrasion.

In tests by braking gurus Swiss Stop, the 3T wheels performed impressively in both when dry and when wet. The friction isn’t as high in wet conditions, obviously, but it’s not too far off and, just as important, it’s consistent so you know what you’re getting. Plus, even at 200°C, there was no deformation of the brake pads or deterioration of the braking area. The 3T Mercurio 60 tubulars will be released in October (although we don’t have a date for availability in the UK) at a price of €2,100 (no UK price has yet been released). The Mercurios will soon be available in 40 and 80mm depths too.

For more info on 3T go to www.3tcycling.com, although details on these wheels aren't yet up.