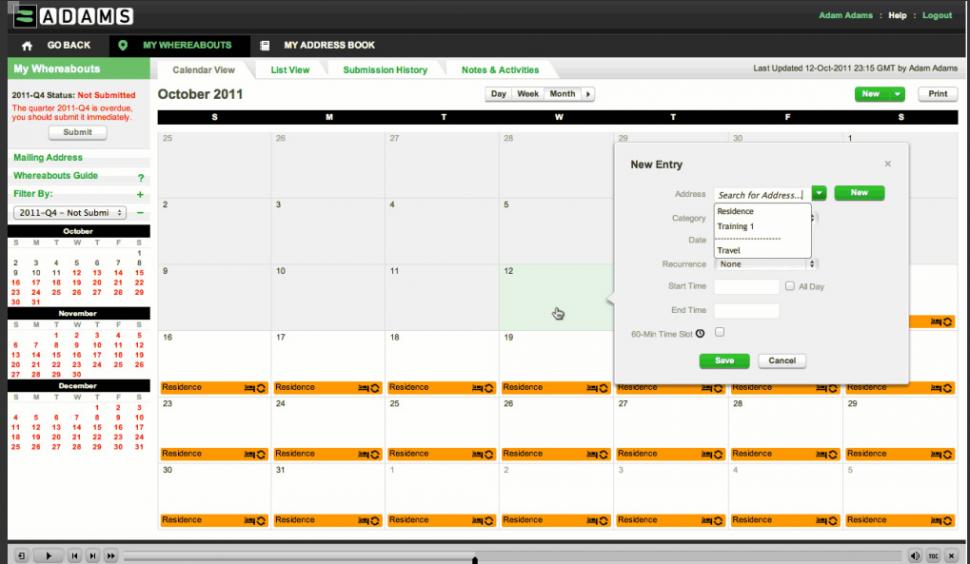 The World Anti-Doping Agency (WADA) is launching a smartphone app which it says will make it easier for athletes to log and keep track of their whereabouts information, which they are required to file quarterly to inform anti-doping testers of where they will be for a one-hour period each day to allow out-of-competition tests to be carried out.

Athletes committing three infringements of the rules, such as not filing information in time or not being at the specified location when testers arrive, are deemed to have committed an offence under the World-Anti Doping Code and lay themsleves open to disciplinary proceedings and a potential ban.

The free app, to be launched in the third quarter of 2013 and which will be available for iOS and Android devices, has been developed from an award-winning app already provided by the Dutch national anti-doping agency for athletes in the Netherlands.

According to WADA, "Using their smartphone, athletes can enter, check, change and submit their whereabouts details at any time with just a few clicks. Using mobile notifications, it also helps the athletes to remember their obligations to submit whereabouts, including the relevant deadlines to do so."

WADA's Director General, David Howman, commented: “The app provides athletes an easy, accessible way to report their whereabouts and remain in observance of the relevant regulations, thereby demonstrating their commitment to clean sport. Everyone benefits from this efficient solution, and we are pleased to offer the app.”

One cyclist to have fallen foul of the three-strikes-and-you're-out rules is Danish former track world champion Alex Rasmussen, who re-signed for Garmin-Sharp last month after serving an 18-month ban.

Initially absolved of wrongdoing by his national federation which said that the UCI had failed to notify the rider of one of the missed tesst within the required timeframe, the ban was imposed after the international governing body successfully appealed to the Court of Arbitration for Sport.

Rasmussen was due to resume his racing career yesterday on the opening stage of the Circuit de la Sarthe, but once again found himself at the centre of a bureaucratic controversey as he was prevented from taking to the start due to the apparent failure of Garmin-Sharp to submit the necessary insurance forms in time.

Taking to Twitter, the Dane accused the UCI of in effect imposing a "lifetime ban" on him; in reply, the organisation said that "documents he was required to provide to Ernst & Young to allow registration were not provided in time".