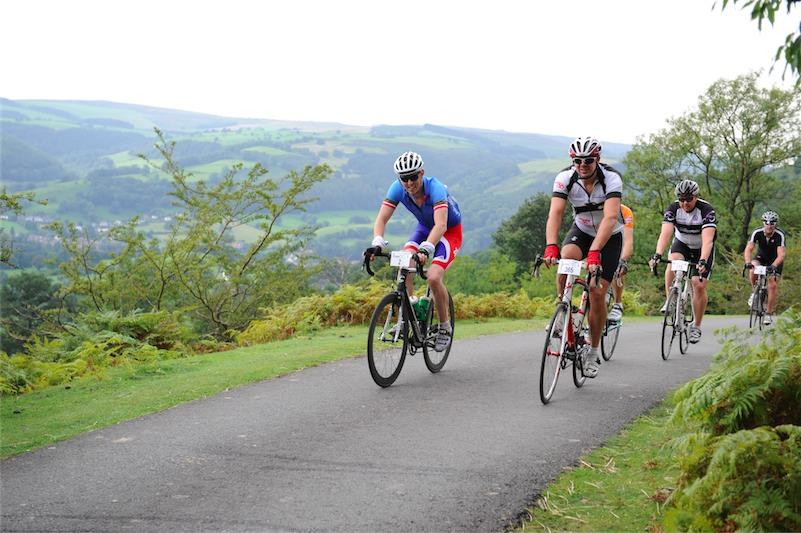 The Wiggle Etape Cymru is gearing up for its third year and they've brought in a couple of big sponsors to help make it a special event for 2013. The inagural event in 2011 was marred by organisational difficulties, but after Human Race took over the running of the sportive in 2012 things were definitely on the up, with last year's event proving a hit for the field of 1,200.

Anyway, it's back for 2013, and things are looking good again. Entries to the event, which takes place on closed roads on Sunday 8 September, are more than double where they were last year, after 98% of participants last year rated the event as either 'Good' or 'Excellent'. So far 1,000 riders have signed up for the 92-mile ride, which takes in some spectacular scenery as it tackles some of the hardest road climbs in the Clwydian range: Panorama, The Shelf, World’s End and the iconic Horseshoe Pass.

The event is one of just a handful in the UK to offer closed roads. So long as you maintain an average speed of 13mph (including stops) the roads will remain closed for your ride. If you fall behind that you'll still be able to complete the ride but you'll have to watch out for the traffic. This is rural Wales though; it's not like you'll be having vans whizzing past your ear every couple of seconds.

The latest big names to lend their support to the ride are Giant and Mavic. Giant are providing bike checks and mechanical support at the event HQ, Bangor-on-Dee Racecourse in Wrexham. Mavic will be offering neutral support; there's nothing like getting passed by a yellow moto with a rack of wheels on the rear to make you feel like you're on a proper ride.

Olympic medallist and Team Sky rider Geraint Thomas is the event ambassador. “My home country makes me feel so lucky to be a cyclist. North Wales, in particular, is a really special area with quiet roads, tough climbs and the reward of spectacular panoramic views," he said. "At nearly 100 miles, the Wiggle Etape Cymru is a grueling sportive but everyone taking part will be rewarded with a fantastic day in the saddle on stunning roads.”

Entry to the event costs £59. For more info head to www.etape-cymru.co.uk