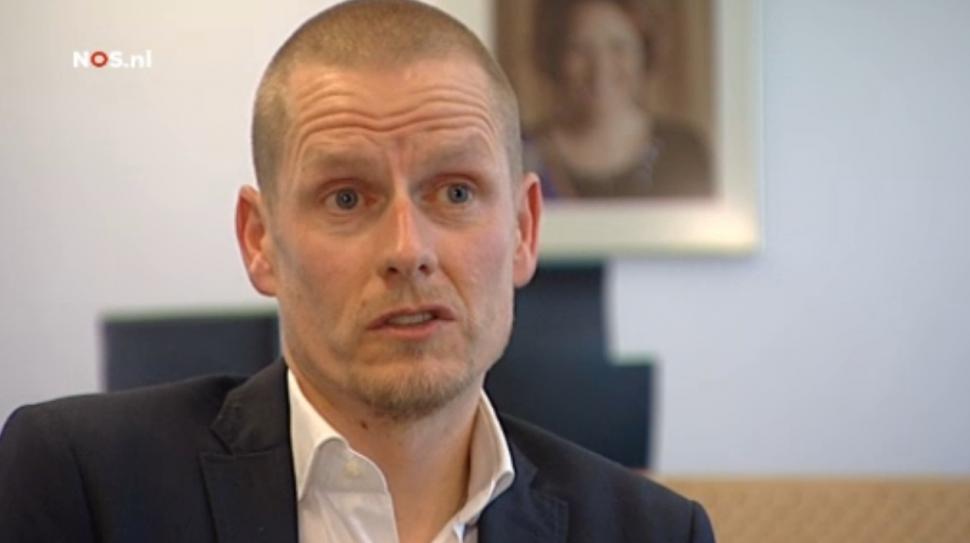 Geert Leinders, the controversial doctor who worked with Team Sky until October last year, is once again in the spotlight following claims made by former Rabobank rider Michael Rasmussen that he masterminded organised doping while he was employed by the Dutch team.

The Dane made his claims during a video interview with the Dutch website NOS.nl, which you can watch here, during which he maintained that his team condoned his doping and that he first underwent a transfusion during 2004, with Leinders administering it.

“The courier dropped the blood bag off, he picked it up and took it to my room and infused it," said Rasmussen, who added that after heavy use of transfusions within the team between 2004 and 2006, it adopted a more cautious approach after the Operacion Puerto scandal broke.

"They suddenly changed that plan and would not allow the second blood bag to be infused on the second rest day in the Tour de France. I think they might have been afraid we looked too strong," explained Rasmussen, who still won an Alpine stage after that decision not to carry out the transfusion.

"I think they might have been afraid we looked too strong. Also you have to bear in mind it was just after Operacion Puerto, so there was quite a lot of focus on blood bags at that time after they had just discovered 250 of them in Spain … The strange thing was, they [Rabobank] allowed the first one [which took place during the first rest day of the race].”

Rasmussen’s allegations coincide with a lawsuit being heard in which he is claiming €5.6 million in damages from his former team as a result of his sacking while leading the 2007 Tour de France.

Rabobank dismissed him after it emerged that he had missed doping controls and said he had lied to his team about his whereabouts as he trained for the race, saying he had told them he was in Mexico, but was spotted by Italian ex-pro turned commentator Davide Cassani training in Italy.

However, Rasmussen claims that his tactic of trying to elude the attentions of anti-doping testers was carried out with the approval of his team, in line with the doping programme he says Leinders helped co-ordinate.

He added that Rabobank were aware of his use of EPO even before he joined them, when his former CSC team wouldn’t let him start a stage of a race in Italy because his haematocrit level was too high, a situation he said the Dutch team, staying in the same hotel, knew about. Nevertheless, even after he signed to them, he says he was never asked whether or not he used EPO.

Leinders himself is involved in a criminal investigation in his native Belgium relating to his time at Rabobank, a team he left in 2009, at around the time its management announced the implementation of a strict anti-doping policy.

Theo de Rooij, the former manager of Rabobank – now racing as Blanco after the Dutch bank announced it was withdrawing its sponsorship in the wake of doping allegations – has admitted that doping was endorsed on the team until 2007, with the involvement of its medical personnel.

One of the team medical staff named by Rasmussen as being aware of doping at Rabobank, Dion van Bommel, remains employed at Blanco, although the Danish ex-pro said  that while he knew it was going on, “he didn’t take part.”

Rasmussen, who said that he began doping in 1998 and “it became part of my everyday life” until 2010, also said that during the 2003 Vuelta, Leinders had stowed banned drugs including insulin in a fridge on the Rabobank bus.

The Rabobank team on that race included Stephen de Jongh, who left his position as sports director at Team Sky in October last year after admitting doping between 1998 and 2000 and has since joined Saxo-Tinkoff in a similar role to the one he held at the British ProTeam.

Current Team Sky rider Mat Hayman also rode for Rabobank during that race, with the other members of the team, besides Rasmussen, including Levi Leipheimer and Karsten Kroon, now with Saxo-Tinkoff.

Leipheimer, who is yet to confirm whether he will return to racing after the expiry last week of his six-month ban, last year named Leinders in his testimony in the Lance Armstrong case as having helped him dope when he was with Rabobank.

Asked if he was worried about other riders seeing him being involved in doping, for example by going to the team bus fridge, Rasmussen replied: “I had a lot of faith in Leinders. I was not concerned about that, I trusted him.”

The only riders Rasmussen named in the interview in connection with doping were Michael Boogerd – who himself confessed on Dutch TV earlier this week to having used banned drugs – Thomas Dekker, who has also admitted doping, and Denis Menchov, who strongly denied the accusations.

He said that all three, as well as himself, were given transfusions, something he says Rabobank only reserved for its top riders.

When asked whether he had revealed more to the anti-doping authorities, Rasmussen smiled as he explained: “The interrogation took four days. If you have time, keep the cameras rolling.”

Sky came under pressure to distance itself from Leinders during last year’s Tour de France – the physician, who had been brought in on a freelance contract after the 2010 Vuelta did not actually work on that race – and following an internal investigation said in October it would no longer use his services, insisting there was no suspicion of anything untoward during the time he worked for it.