This is the Ridley Noah Fast that sprinter André Greipel raced in the Olympic road race last summer. The Noah Fast has been around for a couple of years now and Greipel is still racing essentially an identical bike this season.

I’ve been testing a Noah Fast recently, and you can read about all the actual details of the key features on this bike in the just in article here. To briefly recap though, it’s their aero road bike and uses much of the technology first developed on their Dean time trial bike. The forks and seat stays are slotted to reduce turbulent air between the frame and wheels, the leading edges of the frame have small ridges which act as turbulators to encourage a smoother passing of the air as it rushes over the frame, and the tubes are all shaped to be as aero as possible. And the brakes are integrated into the frame, tucked behind the fork legs and recessed into the seat stays. It’s also an incredibly stiff frame, a top requirement for the sprinters in the Lotto-Belisol team which Ridley are an equipment sponsor. 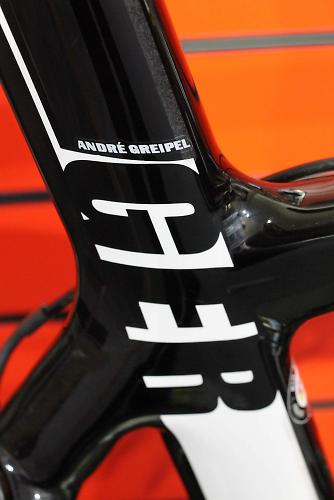 Ridley gave the frame some eye-catching details, including the Gorilla adorning the head tube. Greipel, due to his colossal size, is nicknamed the Gorilla and we’re not going to argue with that. As nicknames go, it’s apt. His signature is scrawled alongside. There’s also homage to his his nation on the top tube and seat tube. 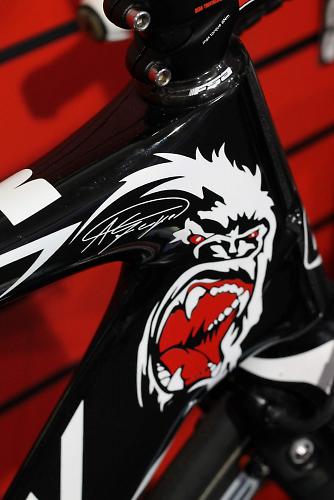 Greipel rides a 56cm frame (the same as I tested) and has a saddle height of 76.4cm, which is only a smidgen higher than I run my saddle at. So I could almost get his bike to fit me. I might struggle with the reach, with the 14cm Deda stem stretching the handlebars way out over the front wheel. It’s slammed as well, of course, with no spacers above or below the stem. 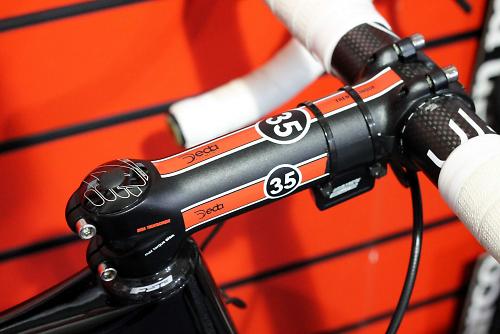 To achieve some extra stiffness, he’s using Deda’s 35mm handlebar standard. Most regular bars have a diameter at the stem clamp area of 31.8mm, so 35mm is significantly larger. That extra girth allows the bars to be much stiffer with only a marginal weight increase. Deda have been producing these 35 bars and stems for a while now but you certainly don’t see all that many around or fitted to bikes. Certainly, no other manufacturer I know off produces any bars in this size. Easton launched a 35mm mountain bike bar and stem set up last year, so they could perhaps be the next company to offer a road product. 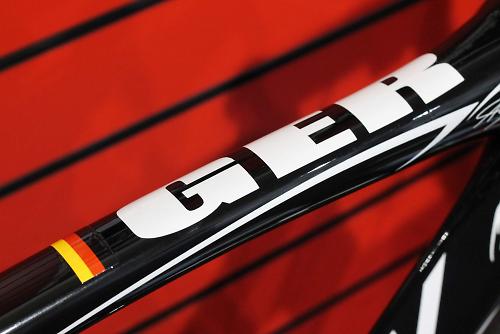 Greipel has a deal with San Marco and rides their Regale Racing Team saddle. Interestingly Greipel apparently prefers this titanium railed model, over the carbon rails, because it’s stiffer. And sprinters are all about stiffness, they can’t get enough stiffness out of their bikes. And with most bikes easily well under the UCI’s 6.8kg weight limit, saving a few grams with carbon rails is a bit pointless really. It’s no heavyweight though at 228g. 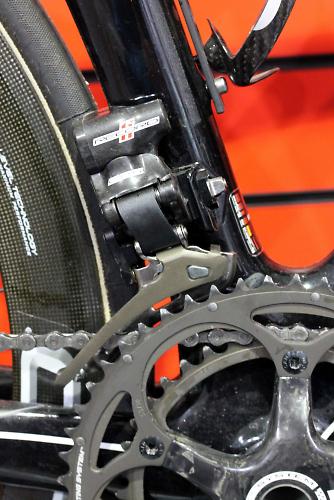 The groupset is Campagnolo Record EPS 11-speed. The Ridley sponsored Lotto-Belisol team are racing with SRM Powercranks this season, which isn’t pictured on this bike. Campagnolo also supply the Bora Ultra carbon fibre deep-section tubular wheels, with Continental tyres glued to the rims. 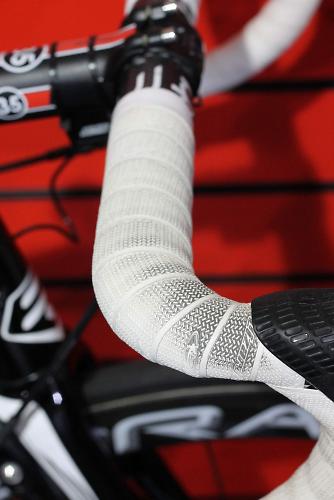 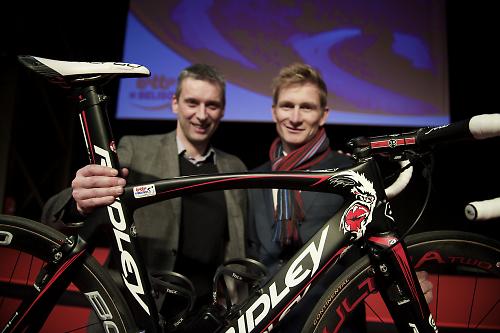 At the team presentation with his 2013 bike at the start of the year. Greipel on this Noah Fast at a training camp earlier this year.