Balint Hamvas is a photographer who spends most of his time ankle-deep in freezing mud taking photos of cyclo-cross racing, in the rain. After wrapping up another ‘cross season Balint has gathered together all his best shots in his new book “CYCLOCROSS 2012/2013”, a collection of the most beautiful, interesting, fetching and eye-catching pictures from the biggest races over the winter. 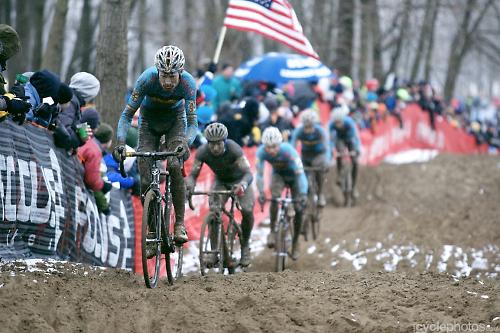 To produce the book Hamvas covered over 30 races, travelled over 22,000 miles and got up at 4am all too often to capture the great, poignant and painful moments of cyclo-cross. The book features images from all eight legs of the World Cup as well as all the Superprestige and GVA trophy races, plus Scheldecross, Druivencross and the historic World Championships in Louisville, America. 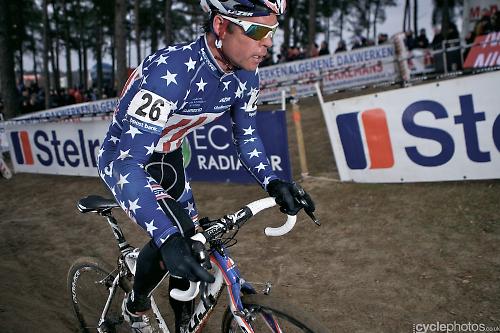 The format and the concept of the book will largely remain the same as last year’s, which we liked quite a bit, if it ain’t broke and all that. That means over 200 pages covering the ‘cross season in a mix of race action shots and pictures of the poignant and funny details that portray the atmosphere and passion of the sport, all captured in full-colour on high quality paper in a hard-backed cover. 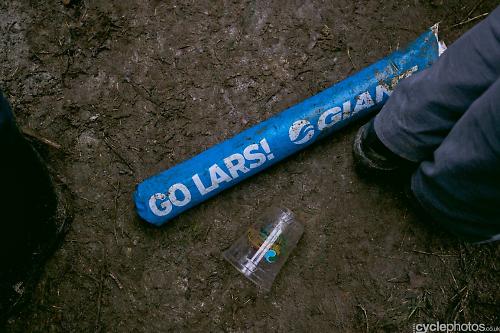 To add a bit more depth to the book Balint invited an illustrious bunch of writers to add some insight to the images - Simon Burney talks about the cross scene in the 80s, Dan Seaton writes about the amateur Belgian cross scene, Mattio Montesano delivers a passionate essay on the state of the sport in the US, and there’s a piece about the inequality and difficulties in women's racing from Stefan Wyman. Last but not least, there’s a behind-the-scenes day-in-the-life chapter with current U.S. National CX Champion Jeremy Powers.

The book is self-published so every copy bought makes sure Balint can cower in the chilly Northern European race tundra for another year and maybe afford some frites and mayo. You can pre-order the book now for £29.99 here before it goes to print on April 29th. As an incentive those that pre-order will get access to an exclusive gallery where you can download three of Balint’s photos in full resolution.