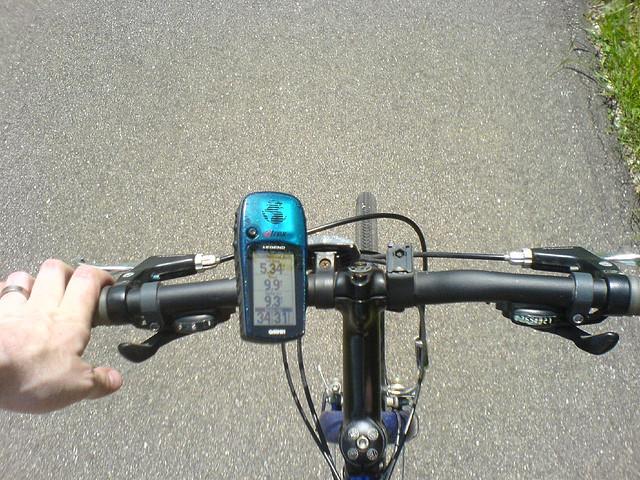 The Sunday Times has investigated Strava, the online social network for athletes, where people can compete against one another's GPS timings for selected segments of road, and concluded that the website "is encouraging recklessness on the roads and inflaming tensions between cyclists, pedestrians and motorists."

The newspaper went to some lengths to prove that cyclists were 'breaking speed limits' and potentially jumping red lights to hit record times.

The article read: "Two riders, identified as Tris M and George B, are recorded as averaging 41mph on a short section of the South Circular near Barnes. The only way of displacing them is by again breaking the speed limit.

"The Sunday Times tested three routes in central London, each of them ridden more than 20,000 times by Strava users, to establish whether it was possible to match cyclists’ times without running red lights or breaching the Highway Code.

"In each case, a motorbike, travelling at the 30mph speed limit, clocked slower times than those recorded by the cycling kings and queens, as well as cyclists much further down the leaderboard on each route."

As Bikehub notes, there is no such offence as speeding while on a bicycle.

The site reads: "It's an in-joke in cycling that cyclists can't be booked for speeding (see below) but can be fined for "pedalling furiously."

The Road Traffic Regulation Act 1984 states:  “It shall not be lawful for a person to drive a motor vehicle on a restricted road at a speed exceeding 30 miles per hour.” (RTRA 81.1) and “A person who drives a motor vehicle on a road at a speed exceeding a limit imposed by or under any enactment to which this section applies shall be guilty of an offence.” (RTRA 89.1)

"The speed limits in Royal Parks are also intended for motor vehicles only. According to The Royal Parks and Other Open Spaces (Amendment) etc. Regulations 2010 “vehicle” means a mechanically propelled vehicle intended or adapted for use on a road.

"While, technically, cyclists do not have to adhere to speed limits, in practice it is most sensible and safe to do so. Cyclists who breach the speed limit may not be prosecuted for a speeding offence but, as stated above, can be prosecuted for “cycling furiously” or “wanton and furious driving.”"

The article quotes Ben Lowe from VeloViewer, who makes it clear that he not only informed the Sunday Times that speeding on a bike isn't technically possible, but also told them that the data on Strava is unreliable. His excellent debunking of the Sunday Times piece can be found on the VeloViewer blog.

Strava told the Sunday Times: “We continue to encourage good behaviour within our community and strive for our users to understand the responsibility that they have to follow the law and to use common sense. You are in charge of your own safety and the safety of those around you when you are riding.”

Last year we reported how a family in San Francisco is suing Strava for encouraging an American man - who died trying to beat his speed record - to speed.

William ‘Kim’ Flint, from Oakland, had just lost his Strava ‘King of the Mountains’ title on a local downhill stretch when he crashed into a car nearly two years ago, apparently trying to keep his record.

The media also discovered last week that Lance Armstrong was still racing in the only place available to him following his lifetime ban from the sport - Strava - where he posted seven KOM titles in just one day.

According to the Wall Street Journal (like the Sunday Times published by News International): "Armstrong's Strava page bears in the profile-photograph space the image of a cannon above the words, "Come and Take It."

"His one-line Strava biography: "According to my rivals, peers, and teammates I won the Tour de France 7 times." Since his Oprah appearance, Armstrong has continued updating the page. He couldn't be reached for comment for this story."

But Michael Horvath, chief executive officer of the cycling website Strava, said he had no plans to ban Armstrong, and only hours later it appeared that the disgraced cyclist had removed his own profile.

As Carlton Reid notes on his reading of the Sunday Times piece, it's only surprising it took them so long to notice.