Hot new gadgets in the shops for spring, including Cateye's new GPS computers
by Mat Brett

We recently went visiting leading parts and accessories distributor Zyro to see their most exiting new products for this year. Here’s what we found…

We first showed you Cateye’s new Stealth GPS bike computers at Eurobike last year and we now know that they’ll be available in the UK from May.

There are two models and they’re both designed to be very simple to use. Being GPS, they require no separate sensors, you just put the head unit on your bars and you’re ready to go. 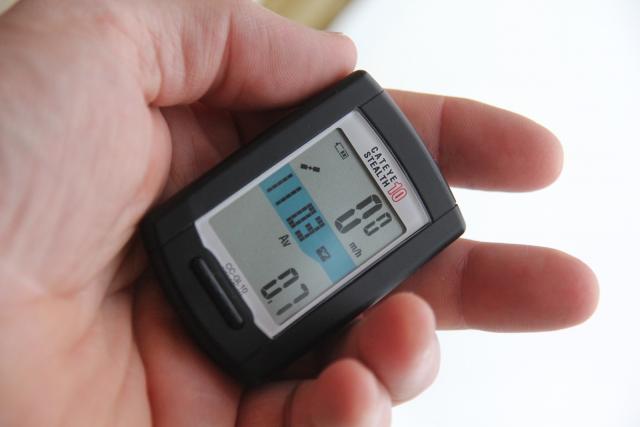 The Stealth 10 is the cheaper of the two computers, priced at £79.99. It’ll give you basic ride information like your current, average and maximum speeds, trip distance and elapsed time. Cateye have purposely kept things simple, not offering masses of information.

It’ll store up to 60 hours of data (depending on the GPS logging interval you set) which you can download to Cateye’s site – cateyeatlas.com – to view and share. Buttons on the site will allow you to send your rides to Strava, Training Peaks, Facebook and Twitter. The battery life is 12-14hrs. 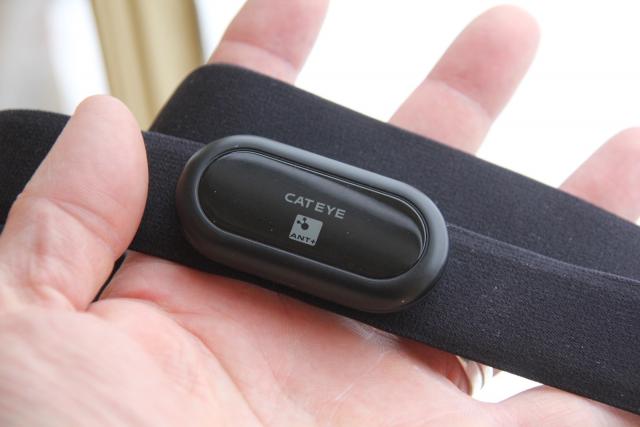 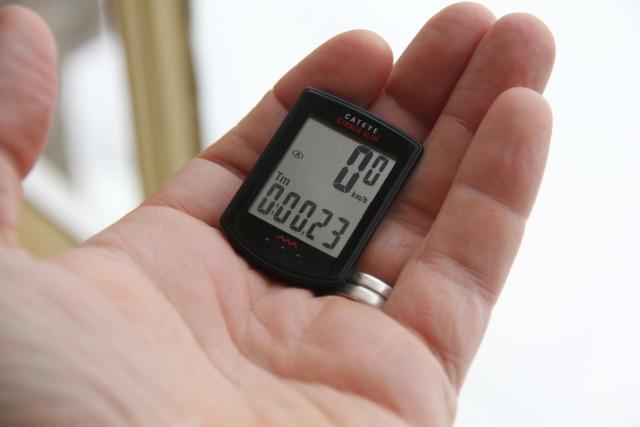 Cateye have made various updates across their computer range, the Strada Slim (£49.99) being 35% smaller than the previous model with a very low profile bracket. The sensor is tiny; it’ll fit on the inside of the fork leg rather than to the front or back. 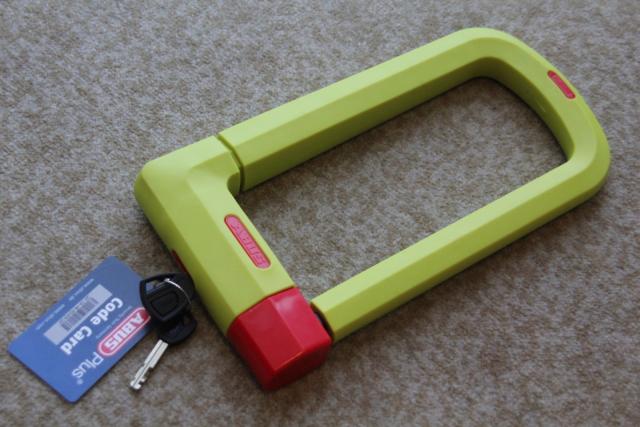 Abus’s new uGrip range is designed to look cool as well as offering plenty of security.

This Grip Plus 501 comes with a 13mm shackle and gets a Sold Secure Gold rating. That Elastogrip synthetic coating will avoid scratching your frame and also means that any thief is going to need some big bolt cutters to get the lock between the jaws. This lime version is highly visible too – and if someone sees a big lock they’re likely to start looking for another bike to steal. At £79.99, it’s not cheap – but then, neither is your bike. 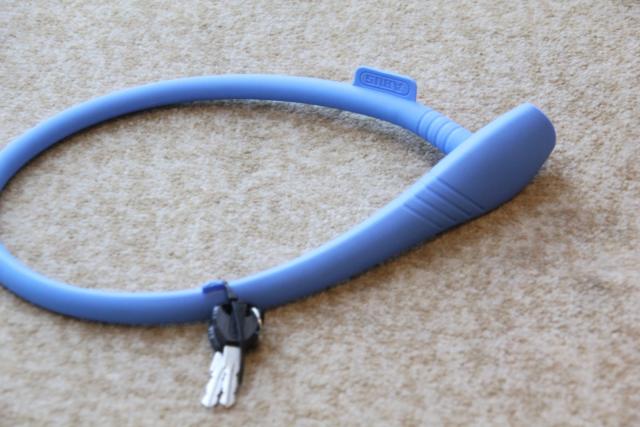 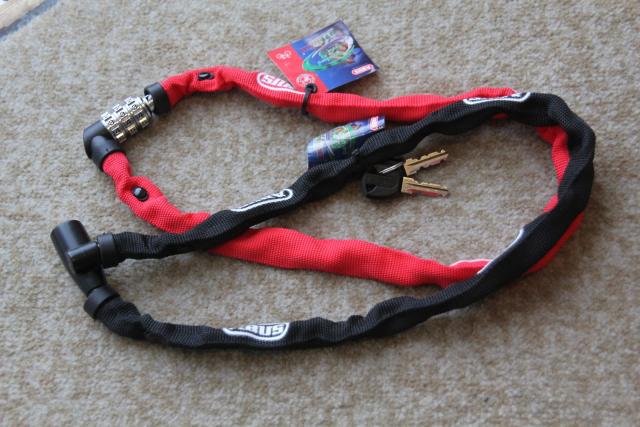 The diddy 1500 Keyed Chain is available in a new size: you can choose between 110cm (£14.99) and 60cm (£9.99). They come with a soft fabric cover to avoid any damage to your frame. Obviously, a lock like this isn’t going to keep your bike safe for long, but it’s easy to sling in a pocket or wrap around your seatpost to be used for short stops or to secure components to the frame. 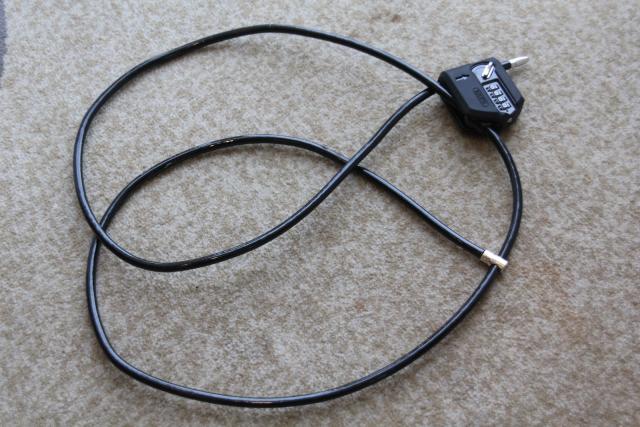 The 215 Multicombiloop (£32.99) is a new combination version of Abus’s Multiloop cable. You can make two loops of cable here so it’s ideal for fixing your bike to a car rack, for example. 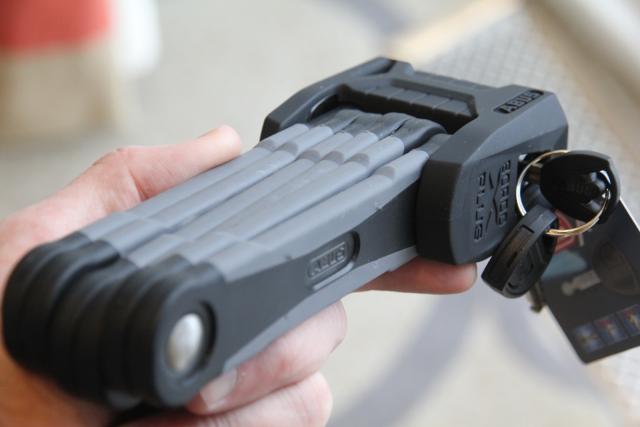 The Bordo Granit X-Plus lock (£99.99) has now been improved with better materials. The hardened steel links are 5.5mm thick and the total length is 85cm, so you can fix your bike to a lamppost or something else that’s not going to budge. This one gets a Sold Secure Gold rating and Abus reckon it’s as strong as their U-locks. 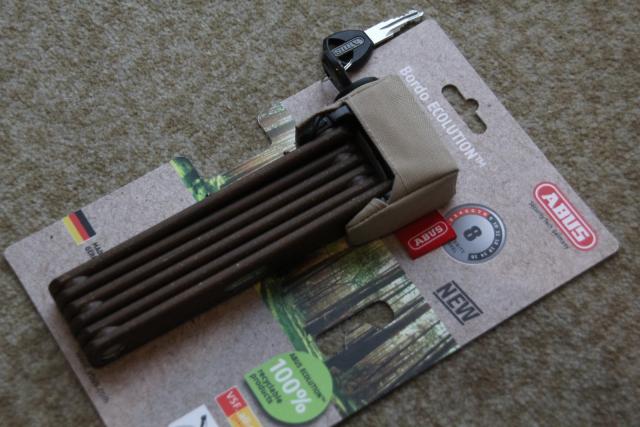 The new Bordo 6000 Ecolution (£79.99) is a broadly similar concertina-style lock, this time with a synthetic coating that’s mixed with wood fibres from the furniture industry. Abus say that all the materials used here are recycleable. 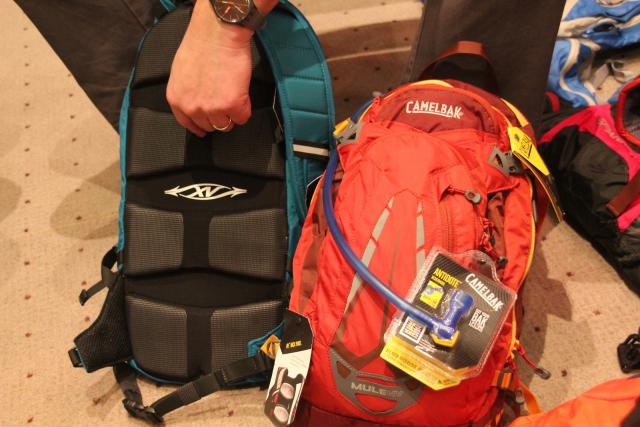 Camelbak have been busy redesigning the back panel of some of their hydration packs. The Mule NV (£99.99) now comes with what Camelbak call ‘articulating pods’, which are horizontal ribs that hold the pack off your back to allow air to circulate and keep you comfortable.

If you’re a bit of an adventurer or even if you just travel abroad a lot, Camelbak have a new All Clear Microbiological UV Water Purifier priced at £99.99. 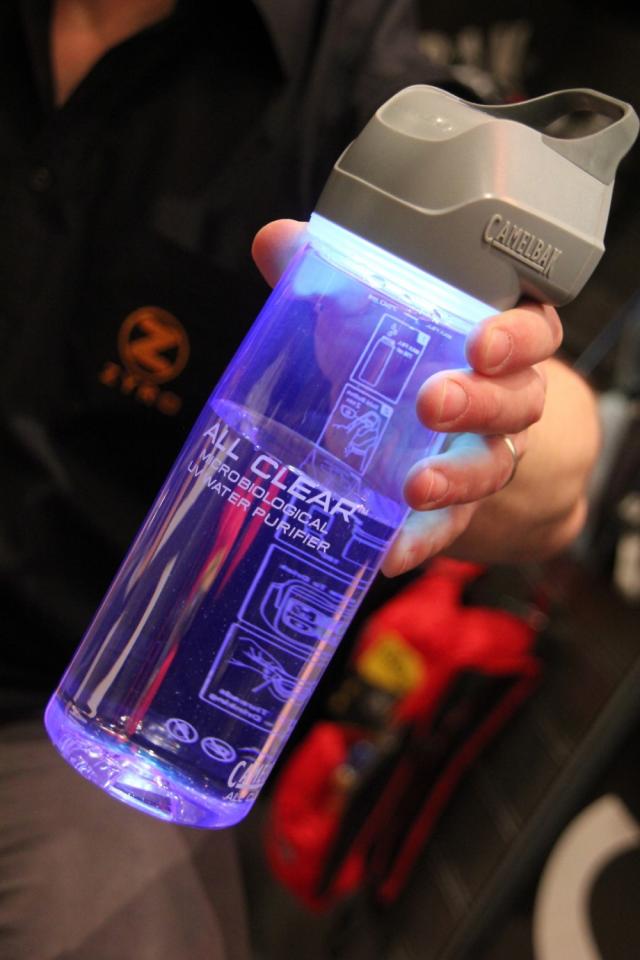 You put tap water or clear natural water in the 750ml bottle, screw the cap on and press the button. You shake the bottle while the UV does its work, making the water safe to drink. It takes a minute so it’s much quicker than chlorine tablets, for instance. Camelbak reckon the lithium ion batteries will deliver over 80 cycles per charge. 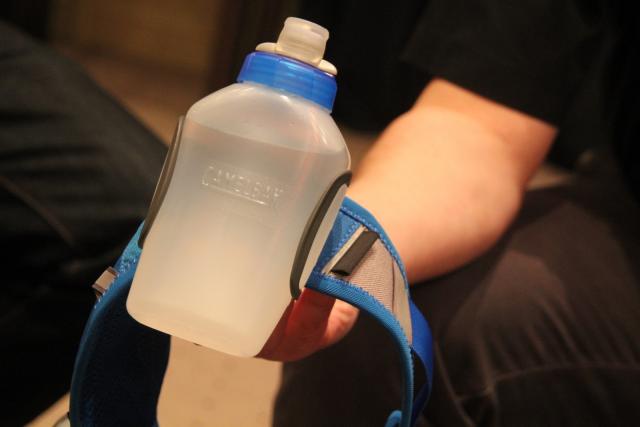 Triathletes and runners might be interested in CamelBak’s new Arc systems that use good quality polypropylene 250ml and 300ml bottles that clip into lightweight belts. The Arc 1, for example, is £24.99 and the bottle just snaps into place. 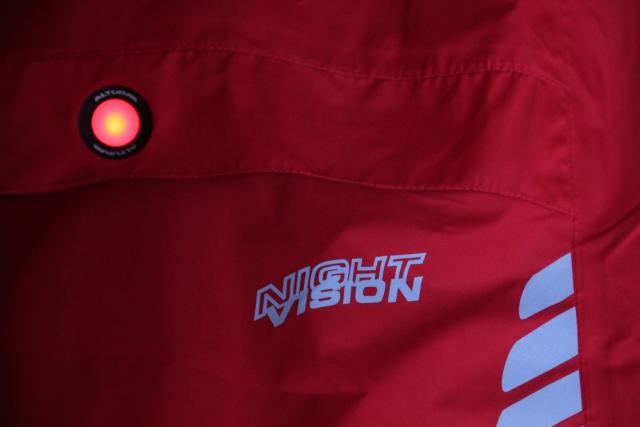 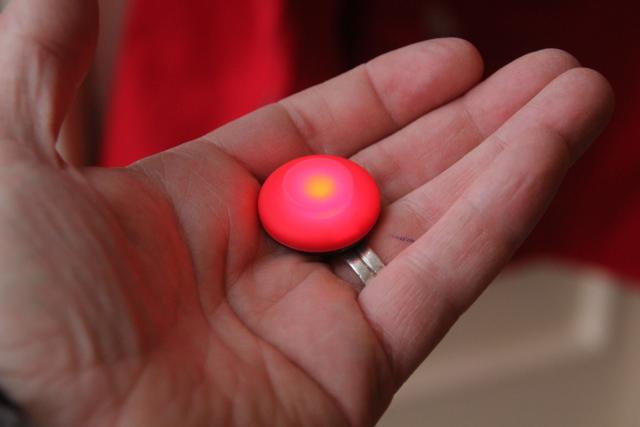 Rather than an LED strip that’s Velcro-ed across the lower back, future versions will get a round i-Lume pop-out LED. It runs off a readily available CR2032 battery. 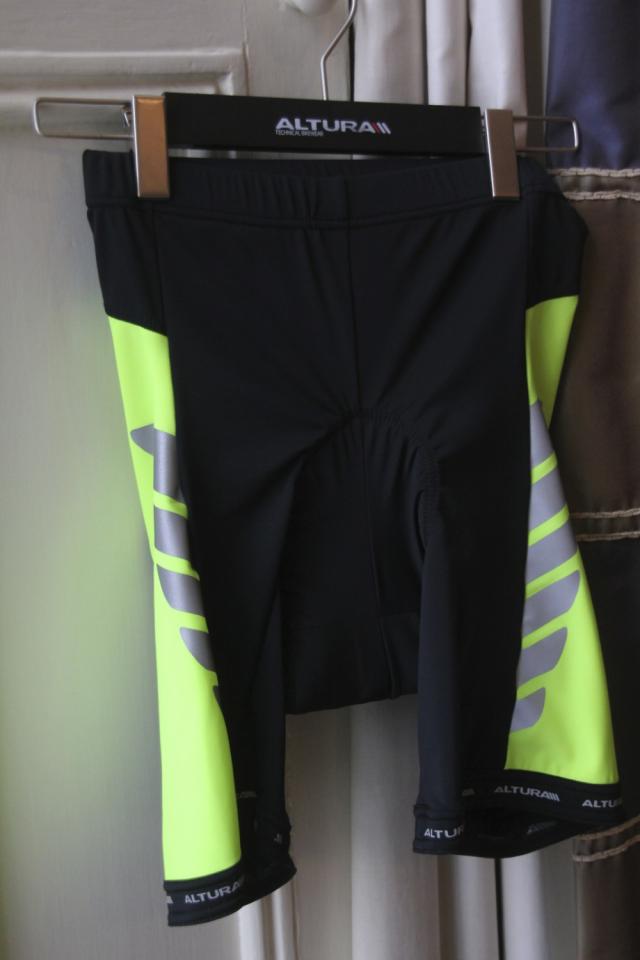 Sticking with the high viz kit, Altura are introducing Night Vision Progel Shorts (£44.99) this year. Those are really bright panels with lots of reflective print. These are waist shorts although it’s likely that a bib option will be added at some time in the future. 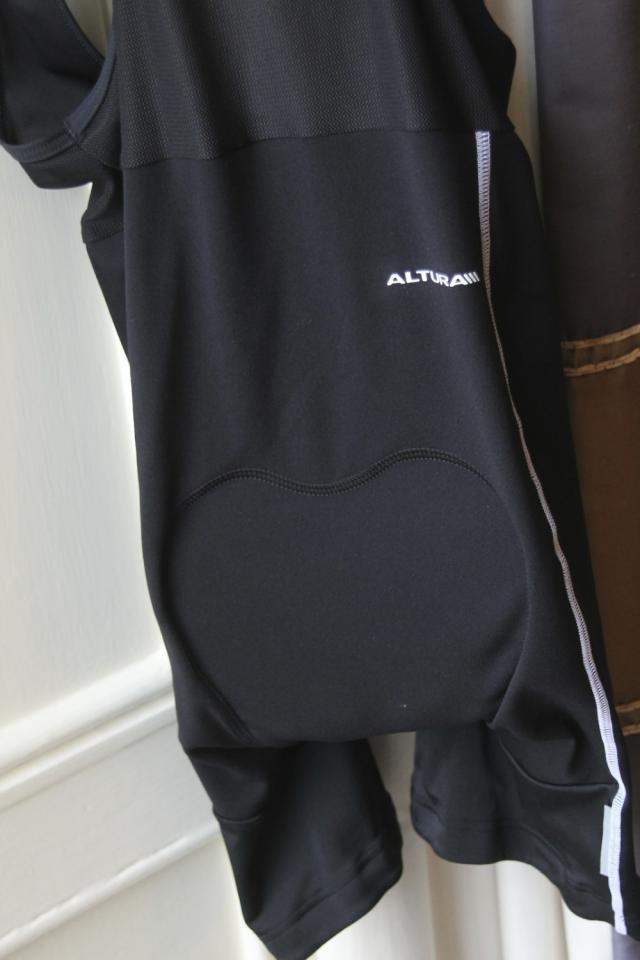 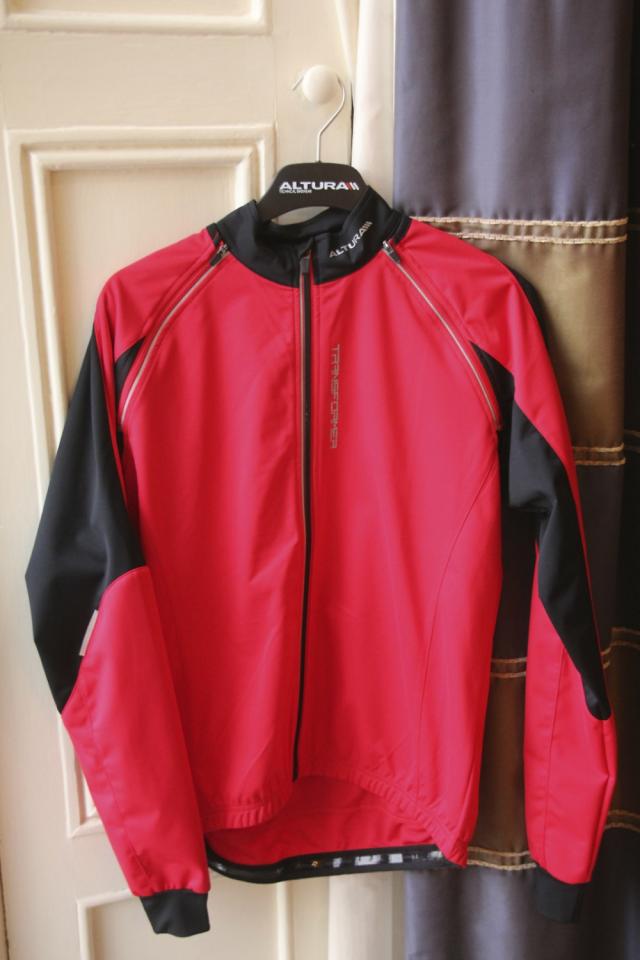 The Transformer windproof (£89.99) has been redesigned for this year and it has a far more classic look than before. 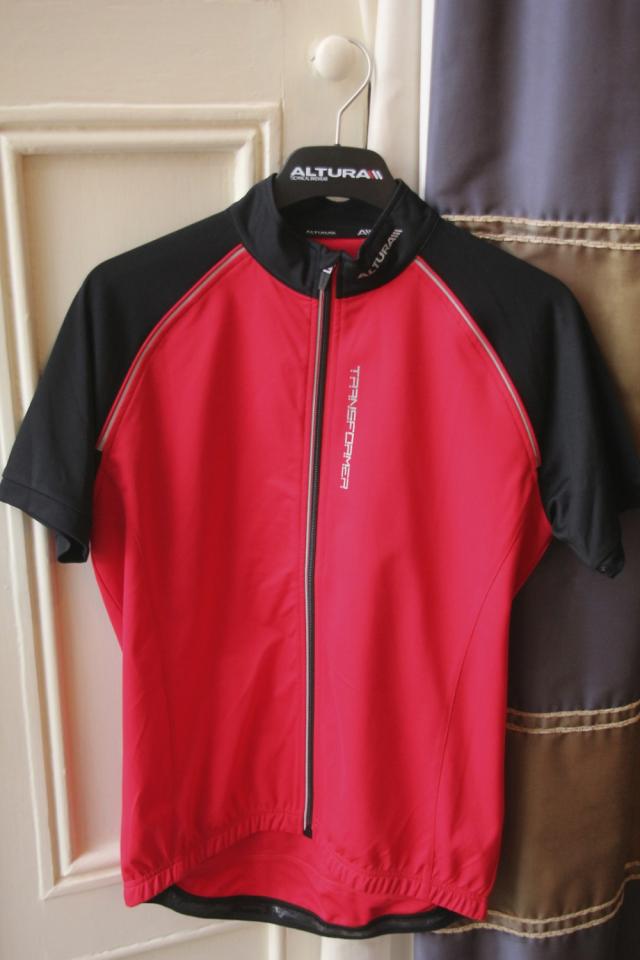 You can zip off the long sleeves to leave a short sleeve jersey rather than a completely sleeveless top. 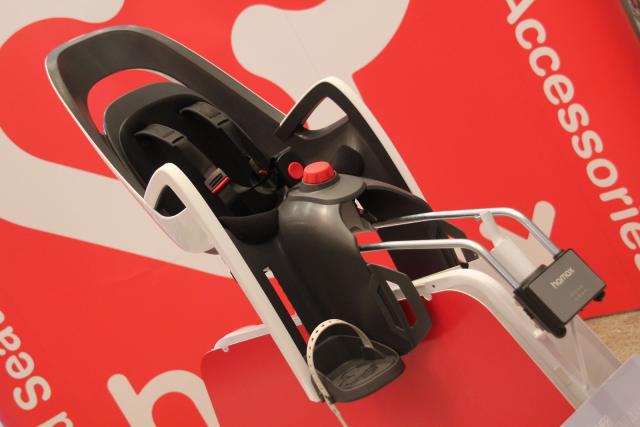 At £149.99, Hamax’s new Caress child seat might be expensive but it looks a whole lot higher quality than most other options out there. Everything is easily adjustable, the harness system comes with padded shoulders, and the fastening bracket is lockable so it can’t be taken off your bike. These are going to be available from March. 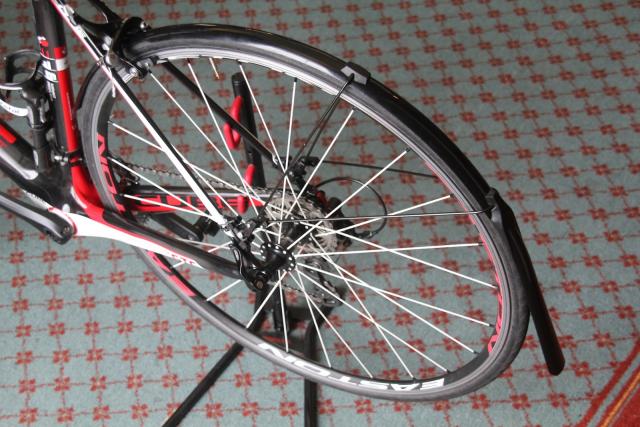 Zéfal have updated their mudguard range for 2013. The Shield R30 (£29.99) is lightweight and very stable thanks to two stays on each side. 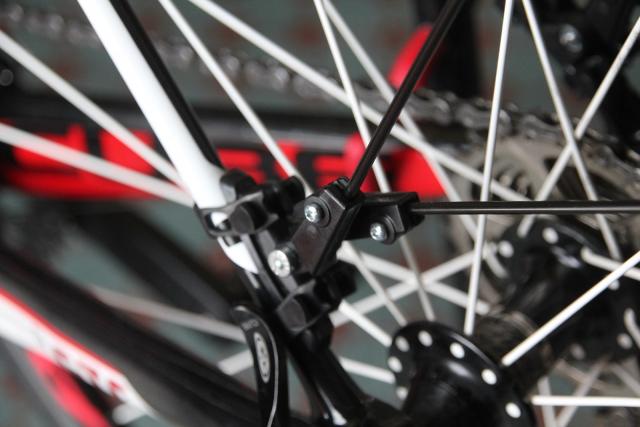 It’s designed for 23 and 25mm tyres and you get two interchangeable spoilers allowing you to decide on the amount of coverage you need. 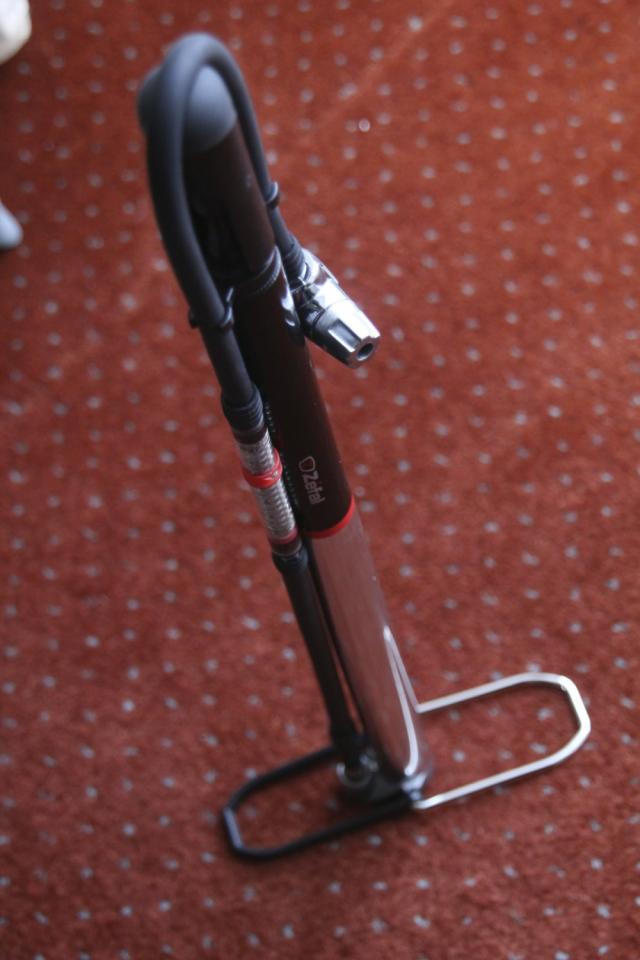 Zéfal have been working on their pumps lineup too, this Profil Travel Pump (£37.99) looking particularly interesting. It folds flat and comes in its own little bag so it’ll take up very little space in a bag or the boot of your car. 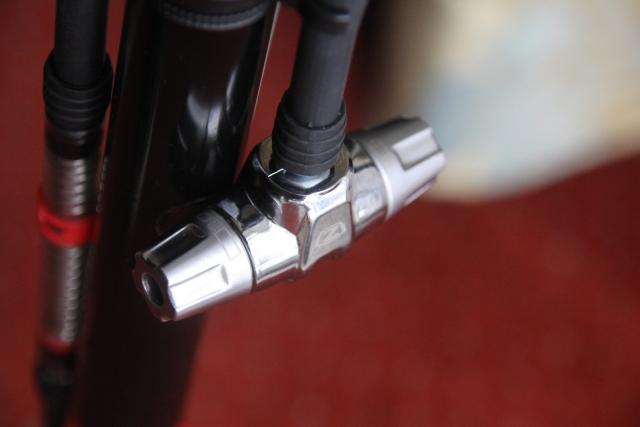 When you need to use it, you flip out the foot and the T-handle and you’re away. It features a clever new Z-Twin head that screws into place on both presta and Schrader valves, and you get an inline gauge. Zéfal reckon it’ll pump your tyres up to 180psi.

1
Highway Code changes aimed at protecting cyclists to become law next month
2
Bike commuter fined £80 for breaching PSPO says ‘no cycling’ signs need to be clearer
3
Look mum, no hands! Frank Lampard caught on camera by Cycling Mikey allegedly juggling coffee and phone at wheel
4
Rural A roads are where cyclists are most likely to be killed, road.cc analysis reveals
5
Richard Dawkins claims “psycho” cyclist smashed up his Tesla – while he was in it
6
Twin brothers in court charged with murder of charity cyclist in Scotland
7
Owner of van with spiked wing mirror claims it is to deter vandals, not harm cyclists
8
Welsh rugby star Shane Williams seeks “knob head” who stole his one-off bike