Ridley is one of the few brands that really offers a very high-end cyclocross frameset and, keen to ensure this tradition continues, they introduced the new X-Fire just before the UCI World Championships in Louisville, Kentucky.

The new bike notched up its first win while still in pre-production mode, with Klaas Vantornout riding one of two test bikes to victory in the  Belgian Cyclocross National Championships. The other bike went to team mate Kevin Pauwels. It’s worth knowing just how successful the X-Night is. Over the last 11 years, seven world champions raced a Ridley cyclocross bike. 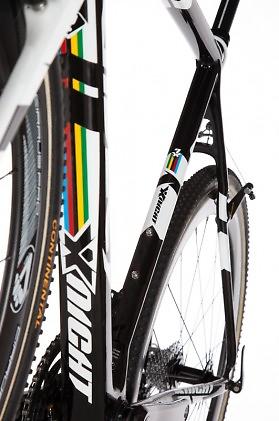 Such success wasn’t repeated in Louisville, however, but the new X-Night is hardly to blame. The main aim with the new bike was to save weight, and they’ve lopped 500g off the weight. That’s 350g from the frame and a further 150g from the use of internal cable routing. They’ve clearly taken lessons learned in the development of the road-going Helium SL, one of the lightest production frames currently available.

The most obvious of the changes is easy to spot: internal cable routing. The revamped internal routing now eliminates the need for the outer housing to be passed through the frame. It will readily accept mechanical and electronic drivetrains. Another place where the bike has change significantly, is in the geometry. World Cup ‘cross races are getting faster, and feedback from the racers has suggested that a geometry closer to a road frame is the way forward. The head tube and the bottom bracket, typically much higher than on a road bike for extra clearance, have both been lowered.

And gone is the integrated seatmast, replaced instead with a traditional 27.2mm carbon seatpost. It’s in line with the trend on road bikes for fitting narrower diameter seat posts for absorbing vibration. A narrower post is more easily flexed than that of a larger diameter, and can contribute to the comfort by a small degree. Other changes include increasing clearance between the rear wheel and the stays, with a new wishbone seatstay design, to prevent mud building up in this area. The layup of the carbon fibre in the bottom bracket and head tube junction has also been developed further to increase the stiffness in these areas.

The new X-Night will be available in May. No word on UK pricing yet, we’ll update you as soon as we know. We just know it will cost €2499 for the frameset. 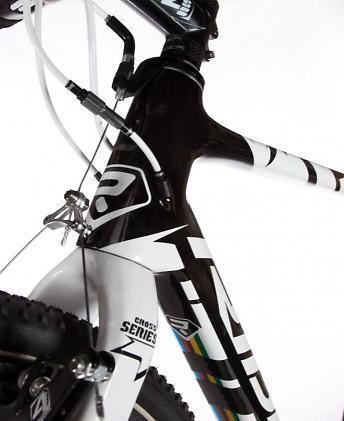 While the cyclocross season may be all but over, there’s still plenty of reason to add a cyclocross bike to your collection outside of the race calendar. There’s the growing band of cyclocross sportives in spring to look forward to, and let’s not forget we’re far from being out of the icy grasp of winter. 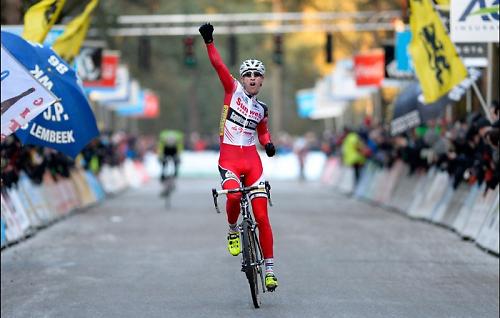