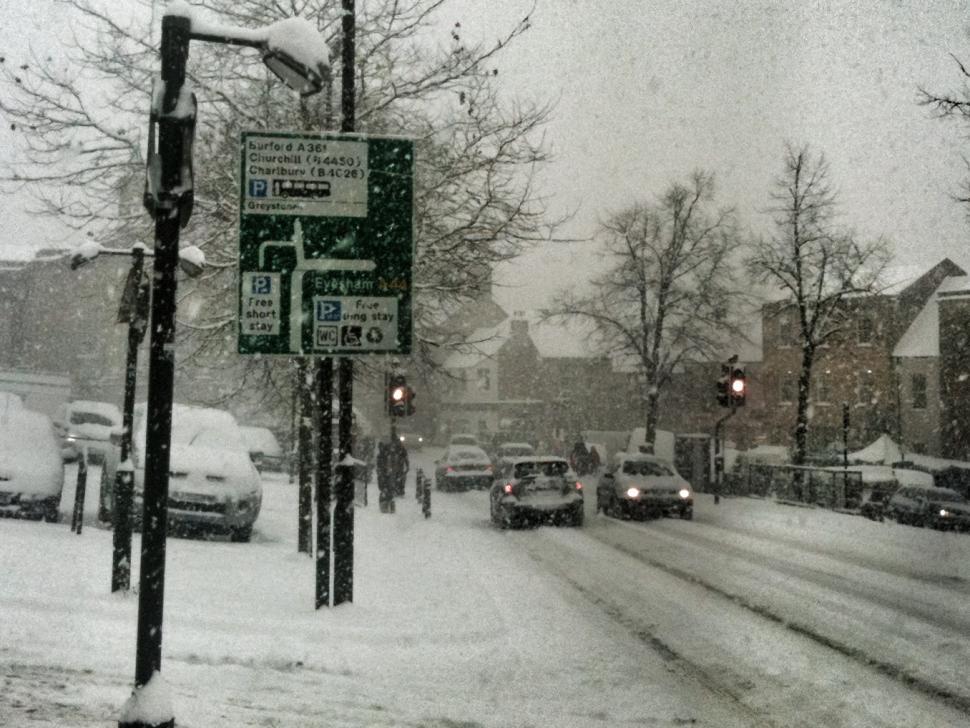 With the shortest day of the year tomorrow heralding for many the start of winter, road safety charity Brake and insurer Churchill have published the a survey that shows the extent to which British motorists are “dangerously complacent” regarding their ability to drive safely in ice, snow and rain.

The results are published in a week identified by another insurer, The Co-operative Insurance, as giving rise to more motor insurance claims than any other in the year.

According to the survey of 1,000 drivers carried out on behalf of Brake and Churchill by Redshift Research:

Half (47 per cent) fail to leave a four second gap between them and the vehicle in front in wet weather.

While those findings provide evidence that motorists underestimate the potential dangers of winter driving, the research also finds that they are worried about safety, but single out other drivers as presenting a hazard.

Brake and Churchill have appealed to drivers to pledge themselves to safe driving this winter, and have been joined in their appeal by Sheila Quinn, whose 24-year-old son Paul Dobson died of head injuries on Boxing Day 2007, four days after the car in which he was travelling skidded on ice.

A second passenger in the car was also killed, and their friend Barry Woods who was driving the vehicle was sentenced to five and a half years in a young offenders’ institution.

“Paul’s death was utterly devastating,” said Ms Quinn. “I went through agony that Christmas and New Year, and now every year at Christmas I’m reminded of how needless and tragic his death was.

“Too many drivers overestimate their abilities and underestimate the dangers of bad weather. I want to get the message out that drivers need to take winter seriously. Please slow down and keep your distance if caught out in rain, ice or snow, and please, if you don’t need to drive, don’t.”

It’s a message that is being underlined by Brake and Churchill through what they call an A, B, C of safe driving in winter.

Brake and Churchill are urging drivers to follow the A, B, C of safe driving in winter.

Avoid driving in snow and other treacherous conditions. Never set off when it’s snowing or forecast to, and avoid driving if you possibly can in other bad conditions like fog, heavy rain and ice. Consider alternatives such as walking or using public transport if available. Speak to your employer in advance about working from home when weather is very bad, especially if you live in a rural area prone to snow or floods.

Be prepared. Make sure your vehicle is well maintained, and tyres have a tread depth of at least 3mm. Check forecasts and plan your route to avoid roads likely to be more risky and allow plenty of time. Pack a winter driving kit in case you’re caught out. This should include: an ice scraper or de-icer; torch; cloths; a blanket and warm clothes; food and drink; first-aid kit; spade; warning triangle; and high-visibility vest. Always take a fully charged phone in case of emergencies, but don’t be tempted to use it when driving.

Careful manoeuvring. If you do get caught out driving in treacherous conditions, you need to slow right down increase the distance behind the vehicle in front. In rain your stopping distance doubles, so keep a four second gap. In snow or icy conditions stopping distances increase by as much as ten times so you need to drop right back. Keep careful look out for people on foot and bikes who may be harder to spot. Avoid harsh braking and acceleration and carry out manoeuvres slowly and with extra care.

Julie Townsend, deputy chief executive of Brake, commented: “Every year we support many families whose lives have been torn apart by bad weather crashes, so we’re calling on drivers to do everything they can to help avoid tragedies this winter.

“The most important message is to err on the side of caution and not drive if it’s snowing, forecast to snow, or there are other dangerous conditions. Ice, snow, heavy rain and fog make driving incredibly risky; stopping distances double in the wet and can increase ten-fold in ice and snow, and if you can’t see clearly you can’t react to hazards.

“We are also urging drivers to be prepared. Listen to forecasts, and make sure your vehicle is properly maintained and kitted out. If you get caught in bad weather the most critical thing is to slow right down and keep your distance, bearing in mind it will take you much longer to stop in an emergency.”

Matt Owen, head of public relations at Churchill, added: “It is really important that during winter, drivers do not assume that they can drive at the same speeds and in the same style that they would in fair and dry conditions.

“If conditions are treacherous, drivers should seriously consider not using their car. They should ask themselves how essential their journey is and whether it is worth the risk and if it can wait until conditions improve.”

Brake is also urging the government to minimise the danger to road users during the coming months by:

Running national awareness campaigns, encouraging drivers not to set off in snow, to slow right down and leave a safe distance if they get caught out, and to keep winter driving kits in vehicles

Encouraging local authorities to ensure they are ready for winter by stocking up on grit and planning for road clearing. It should encourage them to ensure paths and pavements are clear as well as roads to enable pedestrians safe passage

Riding a bike in the ice and snow of course brings about an entirely different set of challenges compared to those faced when driving a car. Read our tips here.