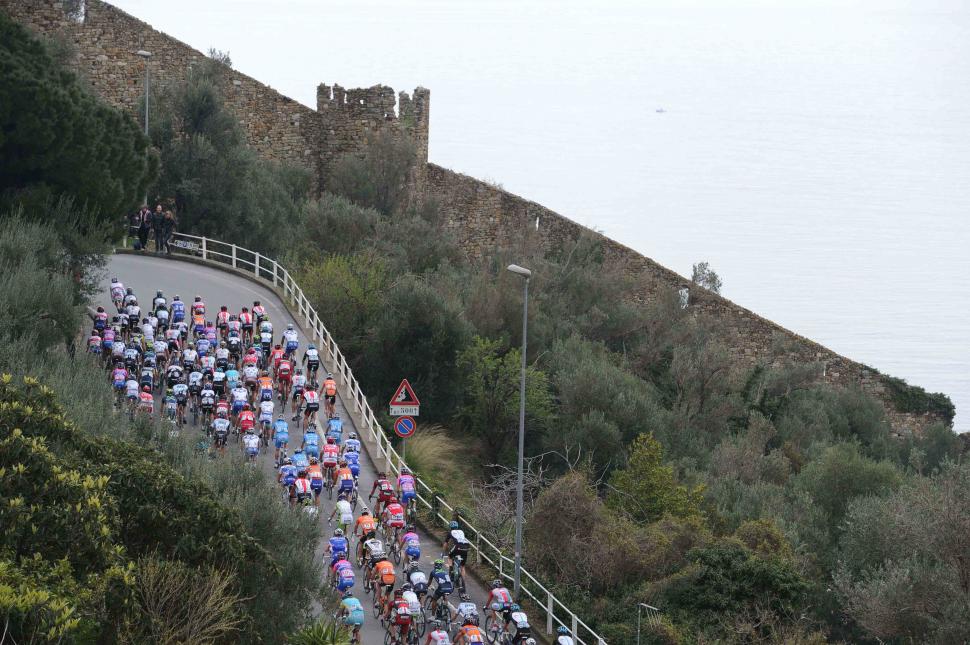 UCI agrees to change of day for two of cycling's most iconic races as owners aim for bigger TV audience ...
by Simon_MacMichael

Milan-Sanremo and the Giro di Lombardia, the Italian Monuments of cycling that bookend the year's classics, will both move to Sundays next year after more than a century of being raced on  a Saturday. The change to the WorldTour calendar has been made by the UCI at the request of race organisers RCS Sport, which also owns the Giro d'Italia.

Next year's Milan-Sanremo will now be held on 17 March, with the Giro di Lombardia on 6 October and the presentation of the route of the 2014 Giro d'Italia also moved back a day to Monday 7 October.

According to the Gazzetta dello Sport, also part of RCS Group, the principal reasons behind the change to the day the events will be run in future is partly so that the safety of riders can be guaranteed, and also to be able to command a greater TV audience.

It's not specifically an Italian audience that RCS Sport is chasing though - the group has been consciously pursuing a globalisation strategy for its events, and in June announced that it had appointed sports rights giant IMG Media as audiovisual consultant to handle the Giro and other races.

When that deal was announced, RCS Sport's CEO Giacomo Catano said: "We are sure that IMG Media’s expertise will help us to improve the value and increase the international visibility of the Giro d’Italia and the other RCS Sport races and allow millions of cycling fans to enjoy the beauty and drama of Italian cycling.

"RCS Sport has a strong international approach and we see IMG Media as the right partner to further develop our global strategy.”

Tellingly, there's a section in the 2013 Giro d'Italia 'Fight Book' released at the race's presentation as few weeks ago headed 'Why invest in Giro d'Italia?' and which before anything else flags up the new relationship between RCS Sport and IMG Media - a bigger TV audience means more advertising revenue for broadcasters showing the race, which in turn means the rights are worth more to the business that owns the race.

The move to a Sunday also brings the races into line with the other three Monuments - Paris-Roubaix and Liege-Bastogne-Liege, both owned by Tour de France organisers ASO, and the Tour of Flanders, and RCS Sport says that it will also enable amateurs to ride in the morning on the same roads the pros will tackle in the afternoon.

Not so long ago, such a change would have been unthinkable, not so much because Sundays were held sacrosanct for religious reasons in Italy, but more because besides being devoted to family, Sunday afternoons were set aside for that other weekend ritual, football - saturation live TV coverage means the biggest teams are less likely to be playing on a Sunday afternoon than they were not that long ago.