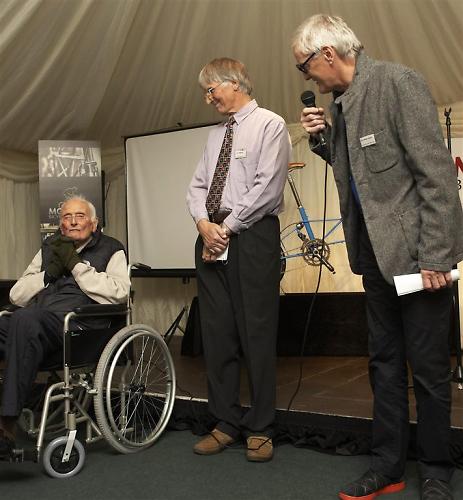 At the Moulton Bicycle Company’s factory in Bradford on Avon 120 people gathered to mark the occasion. Historian Tony Hadland led a narration of the evolutionary timeline of the Moulton through the five decades, which is still hand-built in England. Highlights included John Woodburn’s record breaking ride from Cardiff to London, 162 miles in 6 hours 42 minutes. 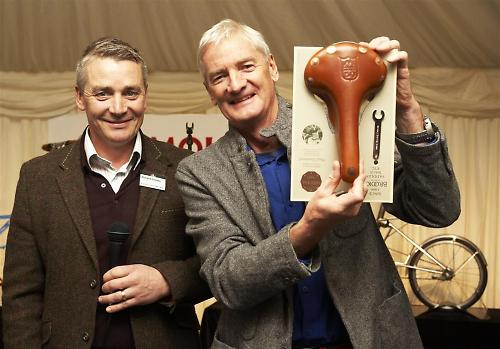 Industrial Designer Sir James Dyson paid a warm tribute to Dr Moulton: “Alex came to lecture to the Dyson engineers about 10 years ago and he showed us his engineering notebooks. They were full of lists of empirical testing of products, long before you actually start to engineer and design what you're about to do. And this is wonderful practice; it's not old fashioned practice, it's modern practice on how to engineer a well-engineered product. So thank you for setting such a good example to our [Dyson] engineers."

Lord Norman Foster (via video link) provided the final words: “The 50th anniversary of the Moulton bike - what an occasion, what an anniversary, what an icon. Synonymous with the Mini, the mini-skirt - the mini bike. So, heartiest congratulations - great occasion, great bike. And also great to ride, I have to add.”

The Moulton was an innovative bicycle when it first appeared. It strayed away from the traditional double diamond bicycle frame design and uses a frame without a top tube. Small wheels were chosen because Moulton believes small wheels resulted in less rolling resistance, and suspension at both ends is there to offer a comfortable ride.