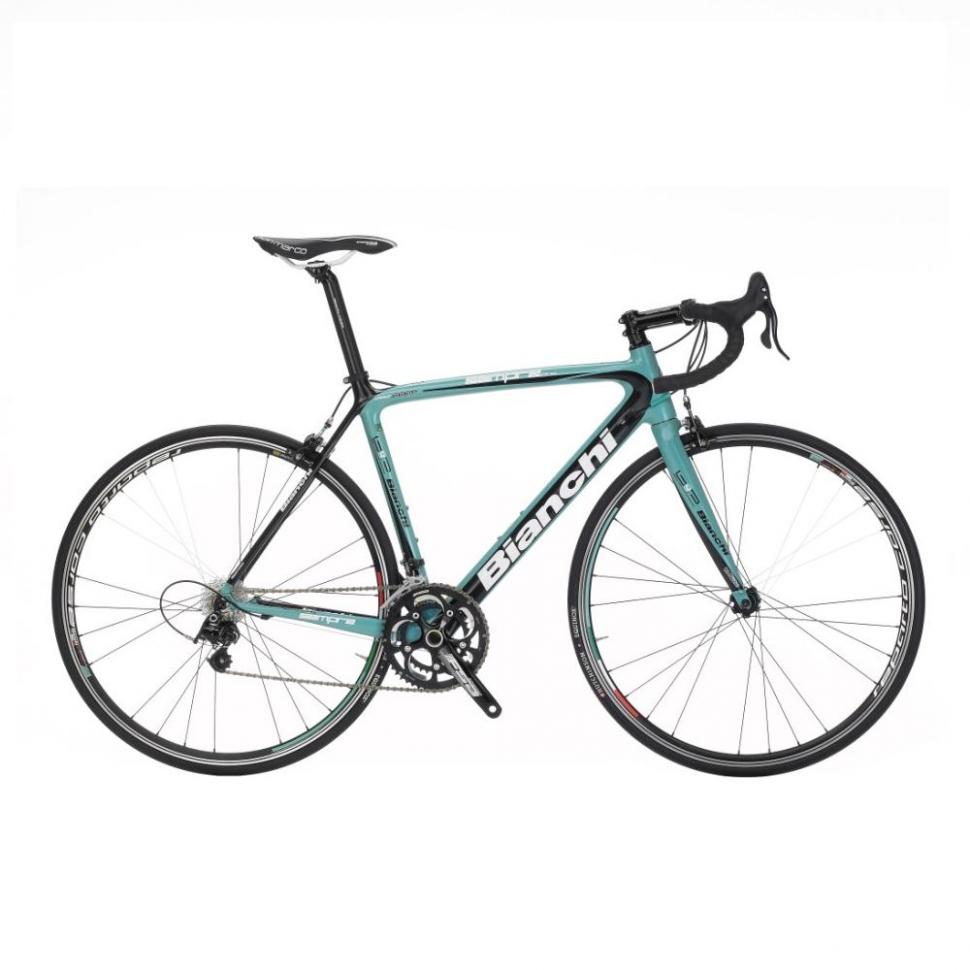 Bianchi came visiting yesterday and they told us about their new Sempre Pro road bike for the first time. It’s a bike we’ve not been able to show you before so here are the highlights…

As you’ll know if you’ve been paying attention, we have the new top-end Oltre XR in on test at road.cc at the moment. The Sempre Pro is Bianchi’s next-level road bike, still very much a high-performance machine. Whereas Vacansoleil-DCM will be on the Oltre XR next year, Bianchi’s other road team, Androni Giocattoli, will ride the Sempre Pro. Bianchi’s Federico Morini – a former pro racer himself with Gerolsteiner – was over in the UK to tell us all about it.

The Sempre Pro is a new carbon monocque frame that’s designed in a racing geometry very similar to that of the Oltre XR. It comes with a new tapered (1 1/8in – 1 1/2in) head tube for improved rigidity and handling, and a larger section down tube than the previous Sempre, the idea being to make to improve the transmission of power through the frame.

The new frame has internal cable routing and it’s compatible with both mechanical and electronic shifting.

The Sempre Pro features Bianchi’s existing Carbon Nano Tube Tech which is the technique of adding what they call NanoPowder to the resin during the manufacturing process to fill empty spaces in the structure and avoid micro cracks, thereby increasing the resistance, toughness and lifetime of the frame. Bianchi say that this improves the toughness by 49% compared to standard resin.

The mechanical Ultegra version, for example, comes with Fulcrum Racing 7 wheels, and the brakes and chainset are FSA Gossamer.

For more info go to www.bianchi.com