A new utility bike has just been launched that goes by the name of Donky, and it’s priced at just under £500.

It’s the work of 3D industrial designer Ben Wilson, who is also a tutor on a design products course at the Royal College of Art in London.

“Donky bike is a versatile load carrier designed to be ridden easily and safely with whatever you need to take with you,” says Ben. “Cargo load is carried on the frame, not the handlebars, so the steering and handling remain light and balanced. The Donky is made with a tough steel frame equipped with simple low maintenance components.”

The idea behind was to create an affordable, practical bike with a large load carrying capability. Ben also wanted to produce a bike that would last a lifetime, with durable components that could be repaired or replaced easily anywhere in the world. 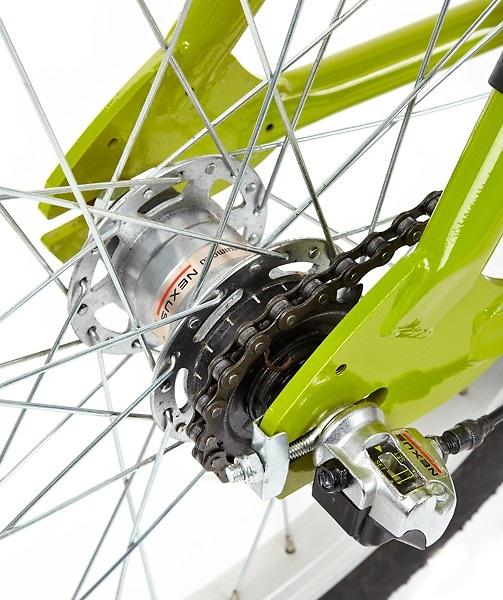 Those are BMX wheels on there and alloy V-brakes take care of stopping. You also get an integrated lock that, although it doesn’t attach the bike to anything, will stop someone jumping aboard and riding off on it. 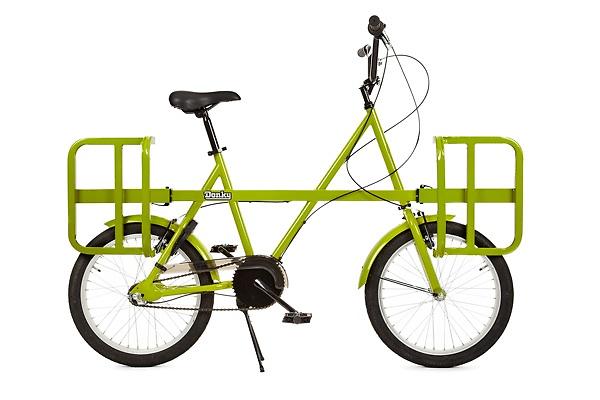 The racks on the front and back are removable for storage, or you can mount them vertically so the bike takes up less room. Ben reckons accessories that clip onto the frame will be available in the future.

The bike is made in Taiwan; having it made in the UK would have pushed the price too high. It comes in a single size and in two colours – black as well as this green – at £499 (plus shipping). It ain't light, by the way - but you'd guess that of a bike designed to lug loads around. You're looking at 18kg plus another 7kg for the racks. The groceries and wine don't come as part of the deal.

For more info go to www.donkybike.com.