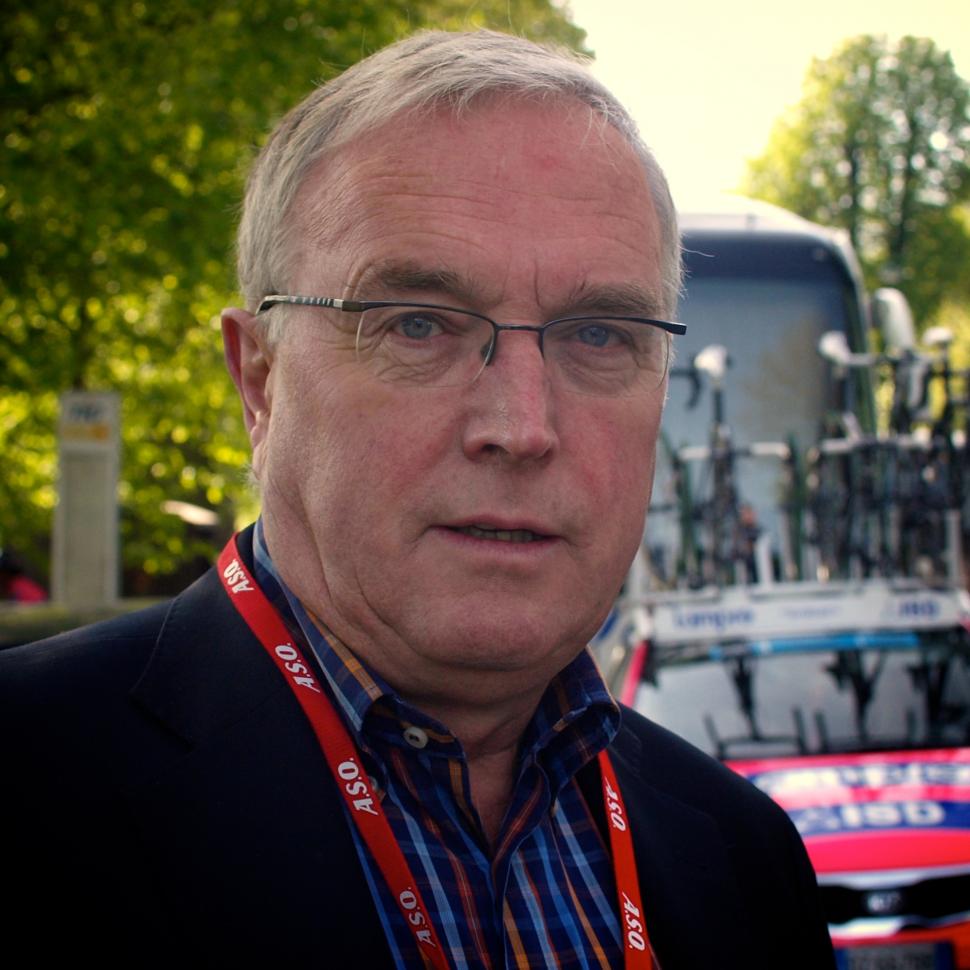 So much for truth and reconcilliation? Pat McQuaid lets rip at UCI's ex-doper critics ...
by Tony Farrelly

Lance Armstrong should be "forgotten by cycling" said the UCI president, Pat McQuaid yesterday - but the combatitive Irishman revealed that he hasn't forgotten about Tyler Hamilton and Floyd Landis, the two men whose revelations did most to bring Armstrong down. In the Daily Telegraph he describes the pair as "scumbags".

Given McQuaid's obvious contempt for ex-dopers, especially those that have criticised the UCI over its handling of the problem, it is little wonder that the UCI president seemed yesterday to have little appetite for the setting up of a truth and reconciliation commission - something supported by the USADA - even though it was he who first floated the suggestion earlier this summer. Even if such a commission were set up there has to be some doubt as to how it could actually operate given both McQuaid and the UCI's sensitivity to criticism.

McQuaid's attack on the two riders appears to have been sparked by David Millar's call for the UCI to apologise for its failures over the extent of doping in the sport.  Millar - who came back after serving a ban for doping to campaign for a cleaner sport - has been openly critictical of McQuaid and the UCI.

"They didn’t hold Millar’s hand when he stuck a needle in his backside. He is an adult and they know they are breaking the rules. It’s not the president’s responsibility if they go into a doping programme," said McQuaid.

"Another thing that annoys me is that Landis and Hamilton are being made out to be heroes. They are as far from heroes as night and day. They are not heroes. They are scumbags. All they have done is damage to the sport.”

Earlier this month the UCI, McQuaid and the UCI's ex-president, Hein Verbruggen won a case for defamation against Landis in a Swiss court by default when Landis failed to contest the charge. In December the UCI, McQuaid and Verbruggen go to court again alleging defamation by the ex-Sunday Times journalist Paul Kimmage. The difference on this occasion will be that Kimmage who is backed by a £50,000 defence fund raised by cycling fans, and the journalist will certainly contest the charge.

Kimmage, Landis and Hamilton allege that the UCI accepted a payment totalling $125,000 from Lance Armstrong after the 2001 Tour du Suisse in return for covering up a positive test for EPO. The UCI flatly denies the allegation and says that the test in question was merely 'suspicious' rather than 'positive'. However as the USADA points out in its Reasoned Decision under current testing procedures Armstrong's sample would be classed as a positive - and it was close to positive even by the less precise criteria of 2001.

Interestingly although the same allegation is made by Tyler Hamilton in his book, The Secret Race, the UCI are not taking action against him or co-author Daniel Coyle. However yesterday McQuaid did have plenty to say about both Hamilton and his book.

“We called Hamilton in [after he failed a dope test],” said McQuaid. “He said our machines were wrong. We said ‘we are after you’. He was positive two, maybe three times, eventually he was thrown out of the sport.

"He then spends the next few years trying to prove he was a twin before he was born or something like that and prove the scientific community wrong. He loses his marriage and his money.

"What does he do now? Writes a book just before the USADA report is announced and is making money left right and centre. What good is he doing the sport? He’s on a personal mission to make money for himself.”

The uncomfortable truth for both McQuaid and the UCI is that Hamilton's book and the USADA's Resoned Decision are striking similar in much of what they have to say - indeed USADA endorses the veracity of the book in its Reasoned Decision. Indeed while both Hamilton and Landis were not so long ago both ridiculed for their claims both appear to have been vindicated - as the testimonies in USADA's evidence against Armstrong has proved.

No wonder, some might conclude, that the UCI president wants cycling to forget all about Lance Armstrong.