Organisers say "Hell of the West" CX Sportive is Epic success...
by VecchioJo

At 10 am on Sunday 30th September over 100 riders riders set off on the first ever Kinesis UK Hell of the West, a 80km route over Dartmoor National Park and one of the new breed of CX Sportives designed to suit either cyclocross or mountain bikes, and designed to be tough. Conditions in Devon were favourable with a couple of days of sunshine drying out the recently rain battered trails and with further moisture forecast for only later in the day riders just had to worry about getting back in time, and surviving the Moor. 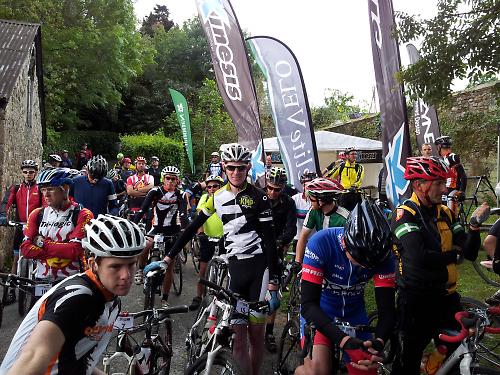 The Hell of the West isn’t a race, but with a brand spanking Kinesis Pro6 CX frame and wheels on offer to the rider that rolled over the finish line first there was definitely an incentive to dig deep and make good progress. From the get go it was going to be interesting to see whether the route would suit a rugged mountain bike or a nimble cross bike. Dartmoor is made of granite; grippy and easy to ride on, but also uncompromising on brake pads with sharp step ups and downs that can shred skinny tyres. The route took in a bit of everything; from the fast flowing woodland trails and stepping-stone river crossings on the moor's fringes to the exposed bogs and rocky trails lurking in the upper moor - hard on any type of bike, throw into the mix a handful of 25% climbs and a brutal wind and everything’s in place to create a ride that’s equally hard and memorable. 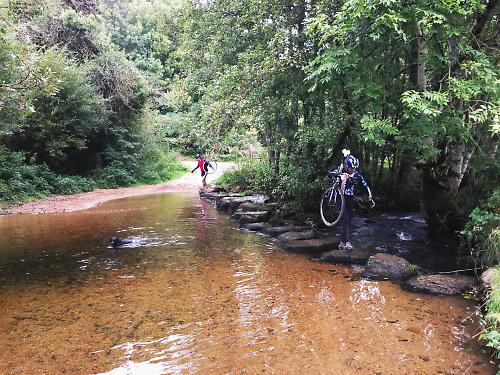 The assortment of bikes was as varied as the terrain; full suspension 29er mountainbikes with cross tyres on, standard rigid 29ers, cross bikes with fat 43mm tyres on, flat bar cross bikes, singlespeed CX bikes and hardcore hardtail mountain bikes, each of them the perfect bike for at least part of the route and vastly inappropriate for the rest. 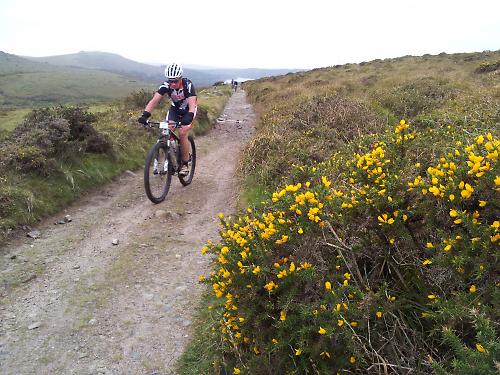 The first section out to the Princetown feed zone at about halfway was made the hardest thanks to the relentless head wind that battered riders as they fought to make a strict 1pm cut off that would separate riders into two groups – the strong, capable of doing the full figure-of-eight Hell of the West route, and the weak who would have to turn for home. For an non competitive ride there was definitely a cutthroat end with Liam Glen (Kinesis Morvelo Project) and local wildman Jay Horton (Certini/McCauley's) fighting for top honours, and despite yo-yoing positions with as much as a 20minute gap between each other the non-race managed to end up in a sprint finish with Jay’s self-professed pathetic sprint allowing Liam Glen to win the uncompetitive event in 4hrs and 48mins to win a free frame from his sponsor. 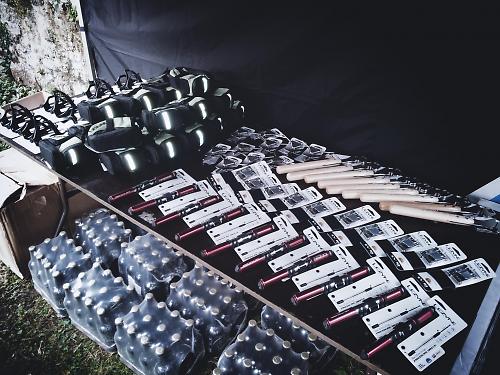 Further back down the field had great stories too, many from local riders who had never ridden the trails right on their doorstep before and others who took personal suffering to new levels by riding their mountain bikes for up to eight hours, but no matter how quickly or slowly it took relief finally came at the finish line in the form of a bottle of Dartmoor Legend ale. Some would say they would never return - the trails were too tough and the hills just too much, others promised to come back with scores to settle with Dartmoor and its new legend of the Hell of the West, set to return in September 2013.