There’s a lot of excitement here at Road.cc right now with the arrival of the brand new Genesis Equilibrium Ti – a genre-defining steel bike that’s now available in titanium for the first time.

The Equilibrium is something of a modern classic. It’s an all-season all-rounder. Our Dave (that’s Big Dave, not Dave Arthur) has a steel one and loves it for everything from getting in and out of work to all day rides in the back of beyond. Unluckily for him, we couldn’t get the new titanium version in his size, so he’s going to miss out here. 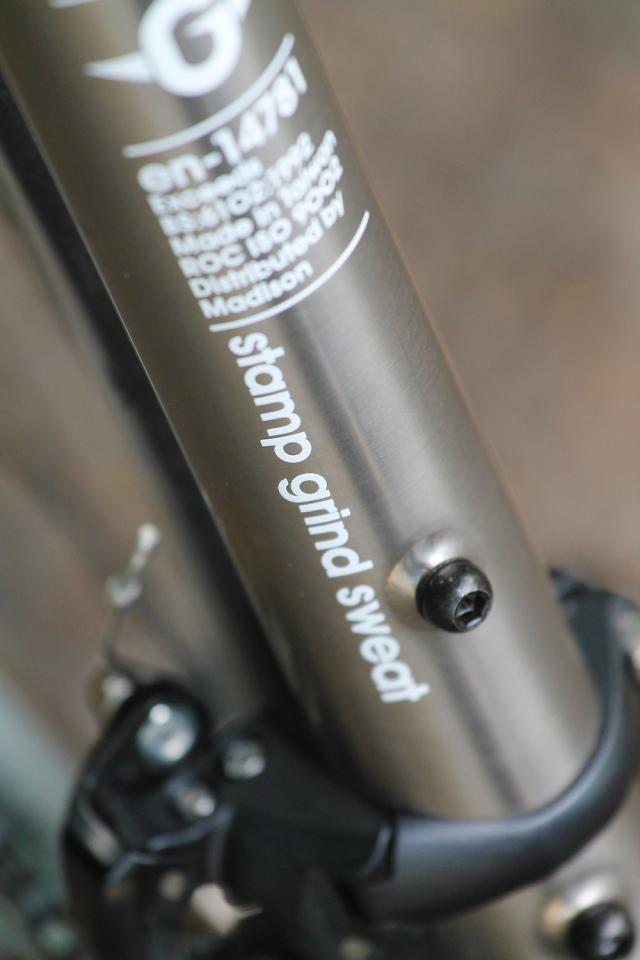 It’s made from seamless, double-butted titanium, that titanium being the 3Al/2.5V alloy (meaning it’s 3% aluminium and 2.5% vanadium). That’s the version you’ll find most frequently in bike manufacture.

Genesis have followed the “if it ain’t broke, don’t fix it” maxim with regard to the design. The Equilibrium Ti’s geometry is exactly the same as the steel version’s, with a sloping top tube. If it looks a little different, that’s down to larger tube diameters. 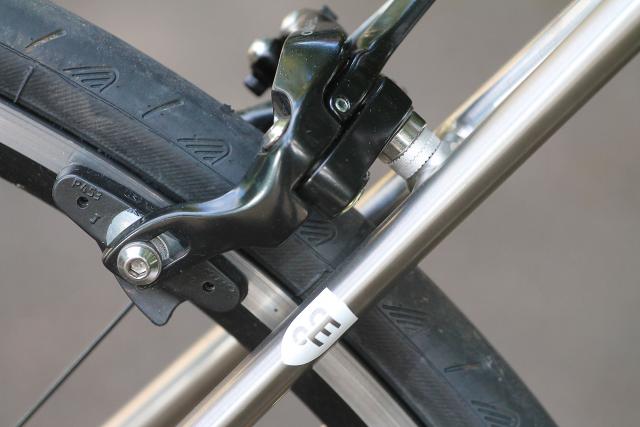 The steel Equilibrium is designed to be stiff up front and through the centre but yielding at the back for extra comfort, and that’s something that Genesis have tried to replicate with the titanium version. 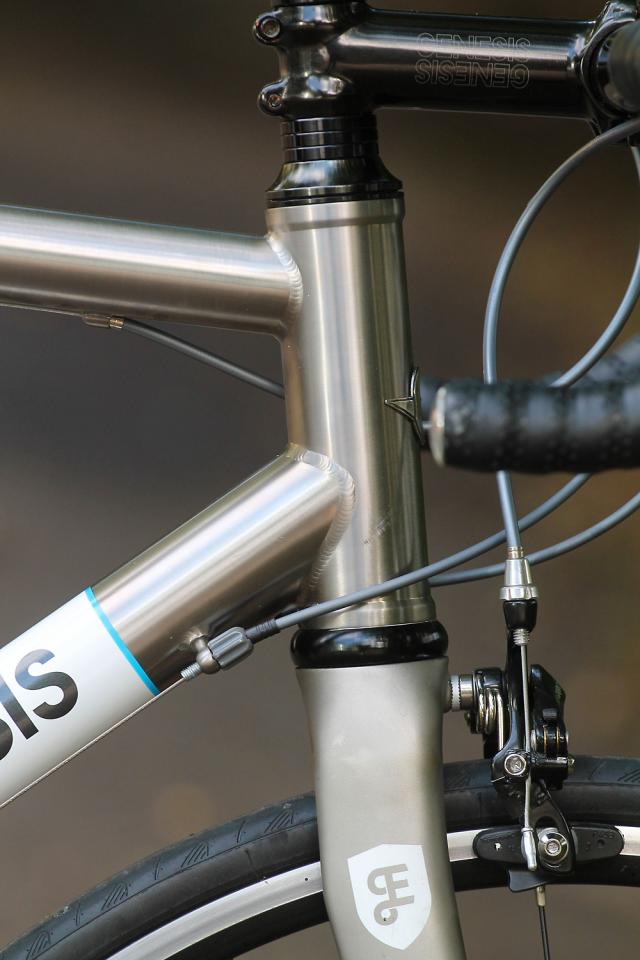 With front-end stiffness in mind, Genesis have gone with an XX44 headset where the upper bearing sits inside the head tube and the lower bearing outside. This standard allows them to use a tapered fork steerer while keeping the walls of the head tube parallel. Basically, they can fit a beefed up steerer into a slim head tube. 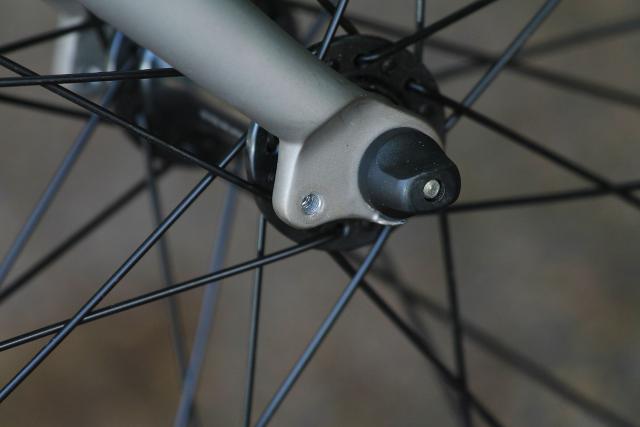 Speaking of the fork, Genesis go with an alloy steerer/carbon legged model that’s built for long-drop brakes so you can fit mudguards easily enough. Mudguards don’t come as part of the package but you do get eyelets for them. Unlike the tubes of the front triangle, the chainstays and seatstays are very slim. Rather than being round in profile, they’re slightly squashed to allow more give at the back – the idea is that they’ll flex a little in the vertical plane to smooth the ride.
You get eyelets for full mudguards back there too, of course. Practicality is one of the key features of the Equilibrium; it’s designed for British conditions and we know that the roads are going to be wet for a lot of the year so you might as well be ready. 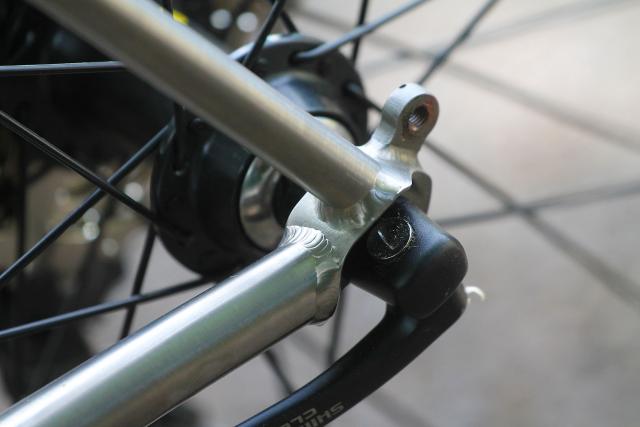 Everything about the Equilibrium Ti’s frame is tidily done. The dropouts and cable stops look neat, there’s no shaping just for the sake of it, and they’ve not gone nuts with the graphics. It has a no-nonsense appearance that fits in well with the brand’s reputation. 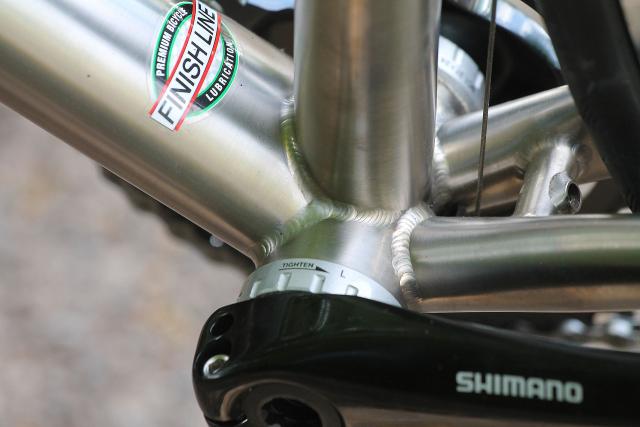 You can buy the frame and fork for £1,499.99 although we have the complete bike. Genesis designer Dom Thomas thought long and hard about the build – should a titanium bike have a top-end groupset? – but in the end he went for Shimano 105 on the basis that it’s solid kit that’ll stand up to all kinds of use and abuse. 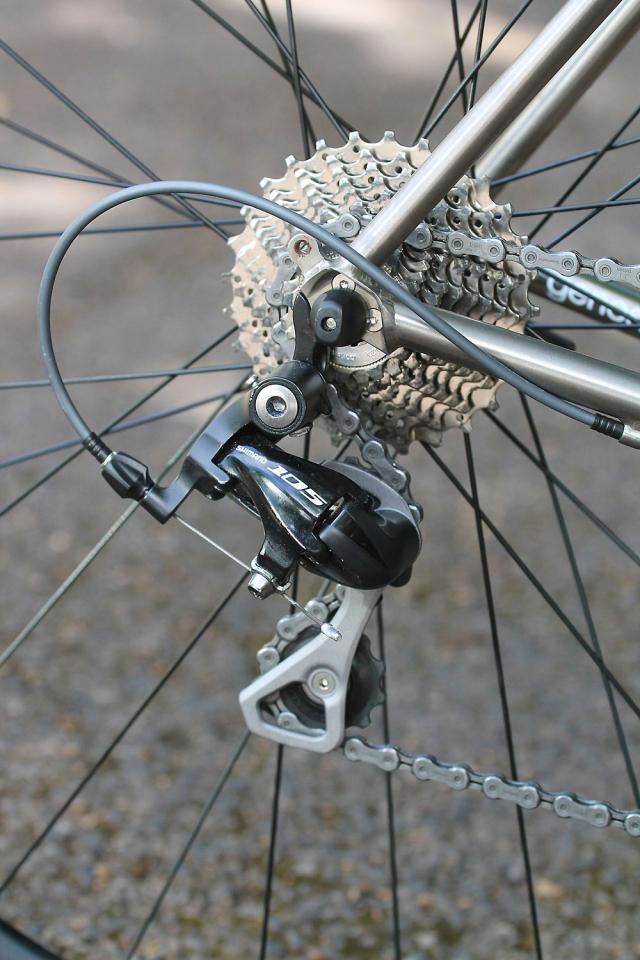 105 is Shimano’s third tier road group beneath Dura-Ace and Ultegra, and it doesn’t lag too far behind either in terms of performance, it’s just a little heavier. Even on that score, it runs them pretty close. 105 is also excellent value. 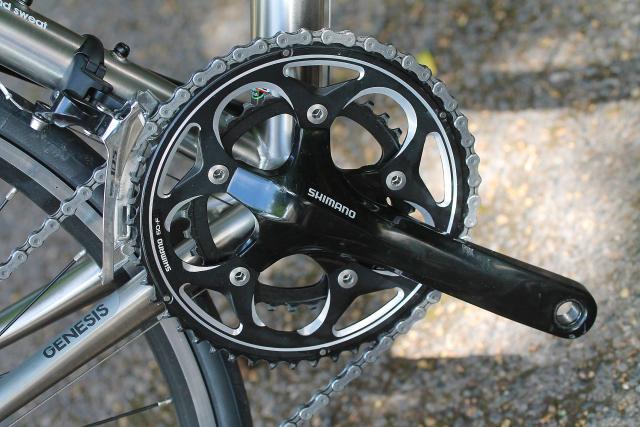 Genesis have gone with a non-series compact (50/34-tooth) chainset from Shimano matched up to a 12-28-tooth cassette at the back. That should get you up most hills without too much bother. 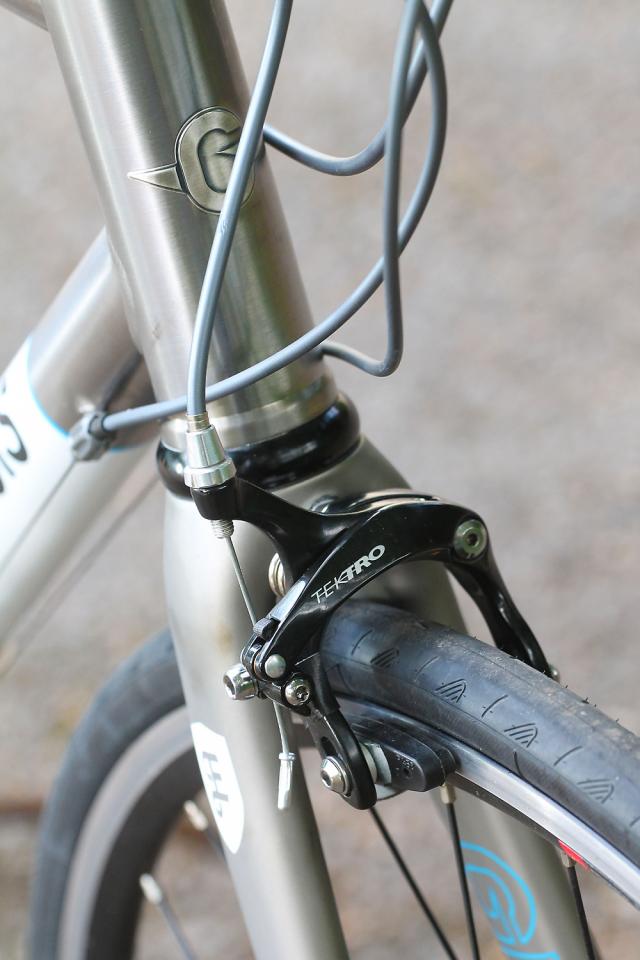 Shimano don’t make 105 long-drop brakes so Genesis have fitted Tektro R317 callipers. There’s room to fit mudguards in there without impeding their performance. 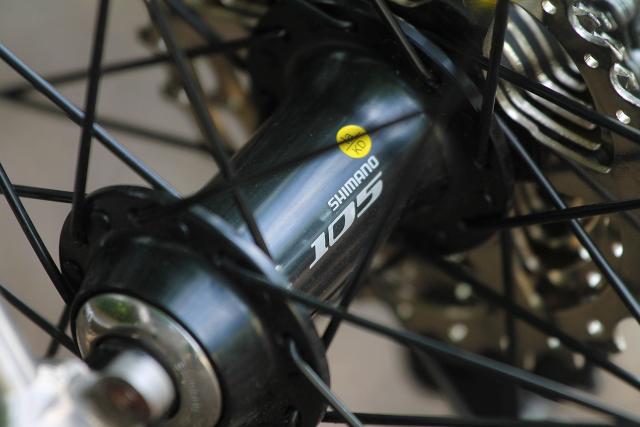 It’s back to the 105 theme for the hubs – Shimano’s hubs do take some beating. They’re laced up to DT Swiss R450 rims and you get Continental Ultra Sport tyres. They’re 25C, a slightly larger than normal air chamber usually making a big difference to ride comfort. 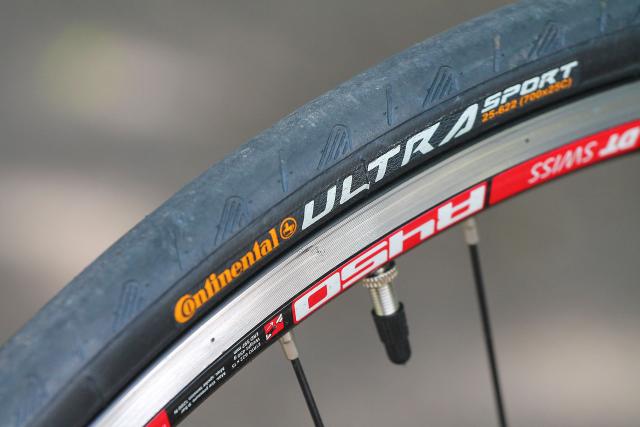 The complete bike weighs 9.2kg (which is just over 20lb). It costs £2,299.99 which is quite a bit more than a steel Equilibrium, of course, but that’s to be expected. Is it worth it? We’ll soon find out because it’s heading out the door with one of our reviewers right now. We’ll have a full review on Road.cc shortly.

If you want more details in the meantime, the Genesis website should be updated with the 2013 range any time now.