Take a look at the highlights from next year's range...
by Mat Brett

Avanti is a New Zealand brand and their bikes have only become available in the UK relatively recently – they’ve had widespread distribution over here for just the last year or so. 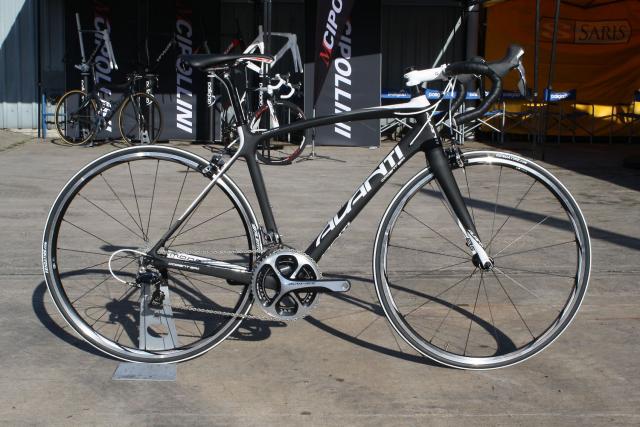 The carbon-fibre Cadent ERII road bike is aimed at sportive riders and anyone who else wants to ride fast and in comfort. It has a slightly longer wheelbase than you’ll find on a standard race bike – 101.2cm on the 56.5cm frame – for extra stability. It has a taller head tube than normal too – 19cm on that 56.5cm model – so the ride position is fairly relaxed. 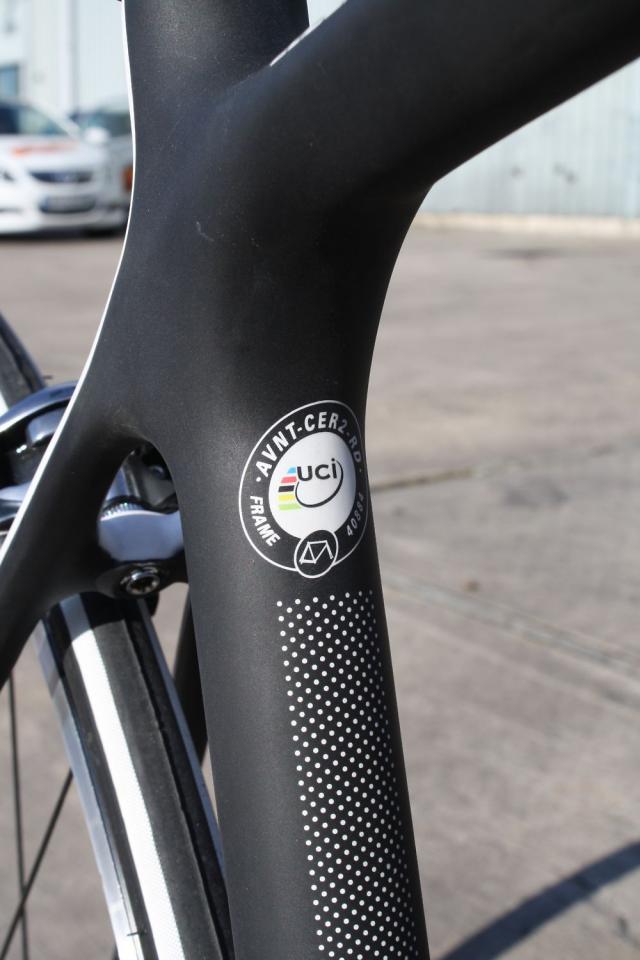 That’s all relative, though; this is still very much a performance-focused machine. That head tube expands out to 1.5in at the bottom to boost the front-end stiffness and the chainset spins on an oversized BB86 bottom bracket. Plus, the frame is UCI approved so you could, in theory, race it at whatever level you like. 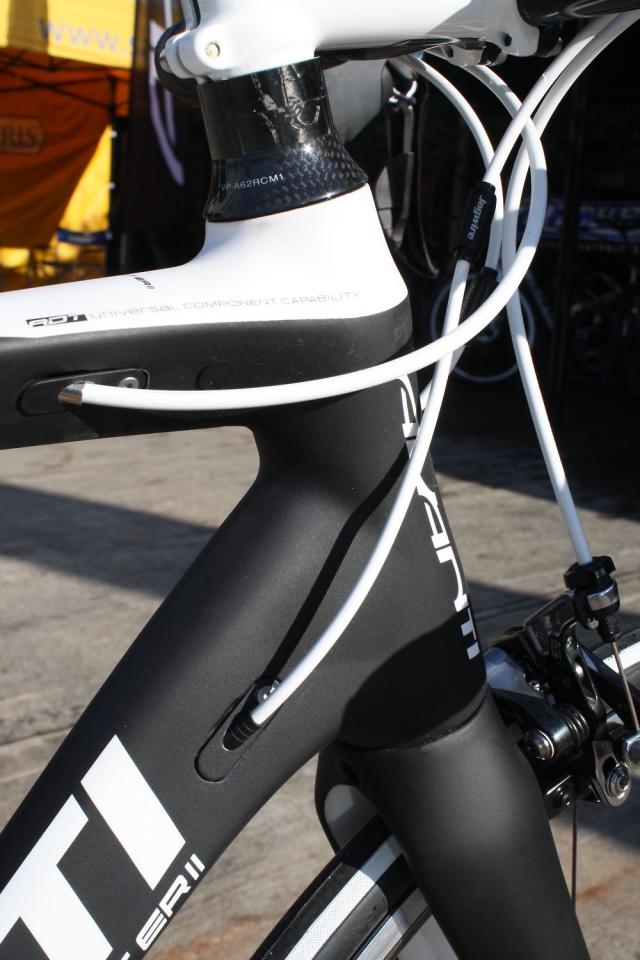 The cables run internally. This is the Cadent ERII Team bike with an 11-speed Shimano Dura-Ace 9000 mechanical drivetrain, but those little ports are removable and the bike can be set up for electronic shifting, the rear mech cable exiting via a guide incorporated in the dropout. It’s a neat little touch. 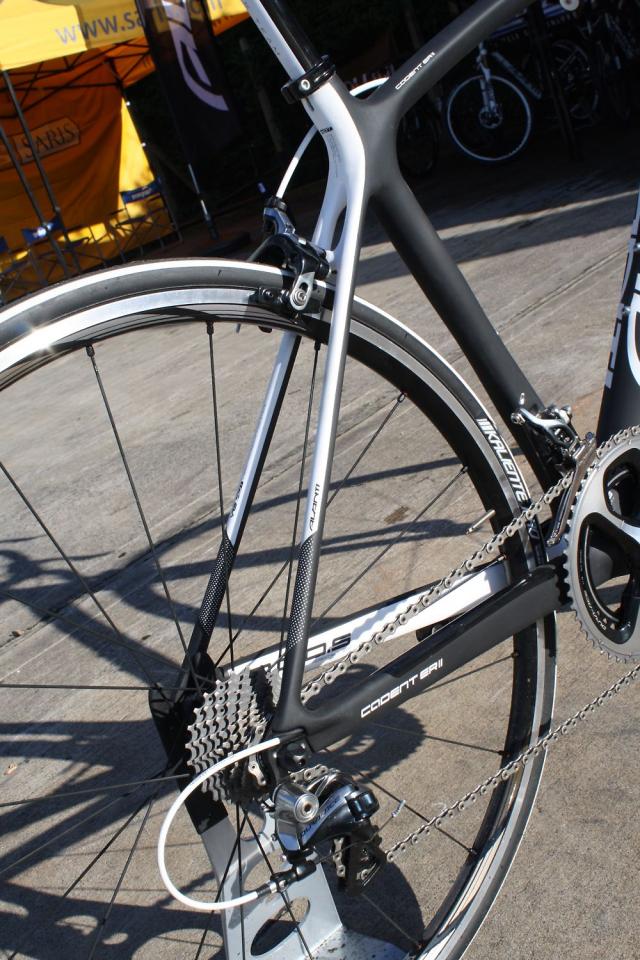 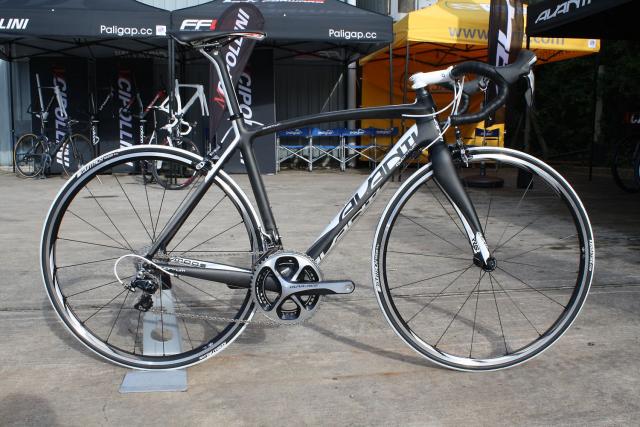 The Quantum is a carbon road bike too but it comes in a more aggressive geometry. Like the Cadent ERII, it has a tapered head tube and an oversized bottom bracket, but the wheelbase (98.6cm on the 56.5cm model) and the head tube (16.5cm) are both shorter. Whereas the Cadent ERII has a skinny 27.2mm seatpost to provide extra comfort, the Quantum is armed with a 31.6mm post because rigidity is a priority here. As you can see, the gear cables run externally here; the rationale is that they’re easier to get at when racing. 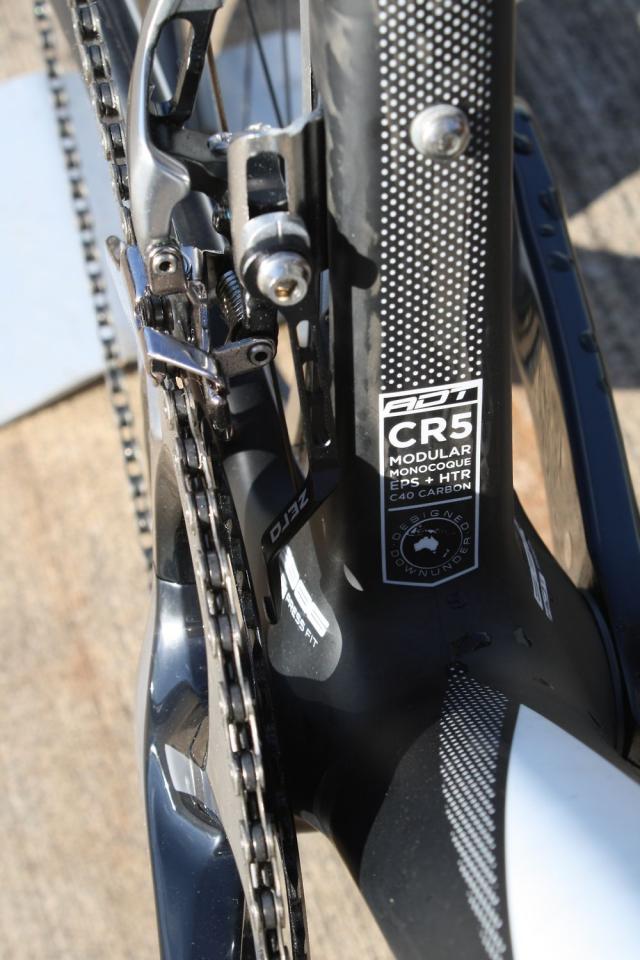 This is the Quantum Team and, like the Cadent ERII Team, it comes built up with an 11-speed Shimano Dura-Ace groupset. It’s priced the same at £4,800 in this guise. If you like the sound of it but don’t want to spend that much, the cheapest Quantum is the Tiagra-equipped 1.0 at £1,650. 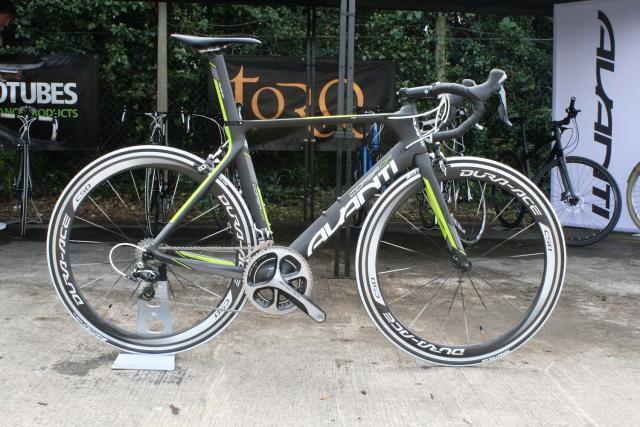 The Corsa DR is Avanti’s aero road bike which comes with slim, flowing frame tubes, a fork crown that sits within the frame silhouette, and a cutout around the rear wheel. It incorporates a few more neat little features too. The seat post clamp bolts, for example, screw into nuts that sit inside the top tube and you won’t destroy the frame if you overtighten them, and Avanti have designed the frame with recesses in the non-driveside fork leg and seatstay so that the quick release levers don’t stick out and disrupt the airflow. The upper seal on the headset is even shaped to match the shape of the head tube. This version of the Corsa – the 4.0 – comes with a mechanical groupset but it’s Di2 compatible with a battery mount point underneath the non-driveside chainstay. It’s priced at £5,800. 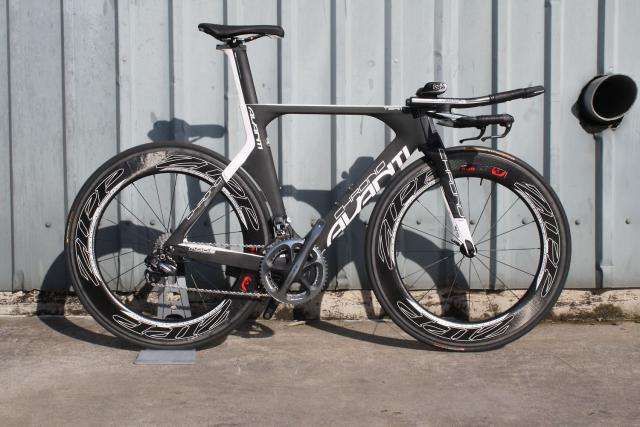 If you’re after a serious amount of wind cheating, check out the Chrono Evo II time trial/triathlon bike. This is the Di2 model with shifters at the ends of the Pro Missile carbon base bar and the ends of the extensions too. Add in some 808 Firecrest wheels and this is obviously going to be an expensive piece of kit; you’re looking at a mighty £10,500, to be precise. 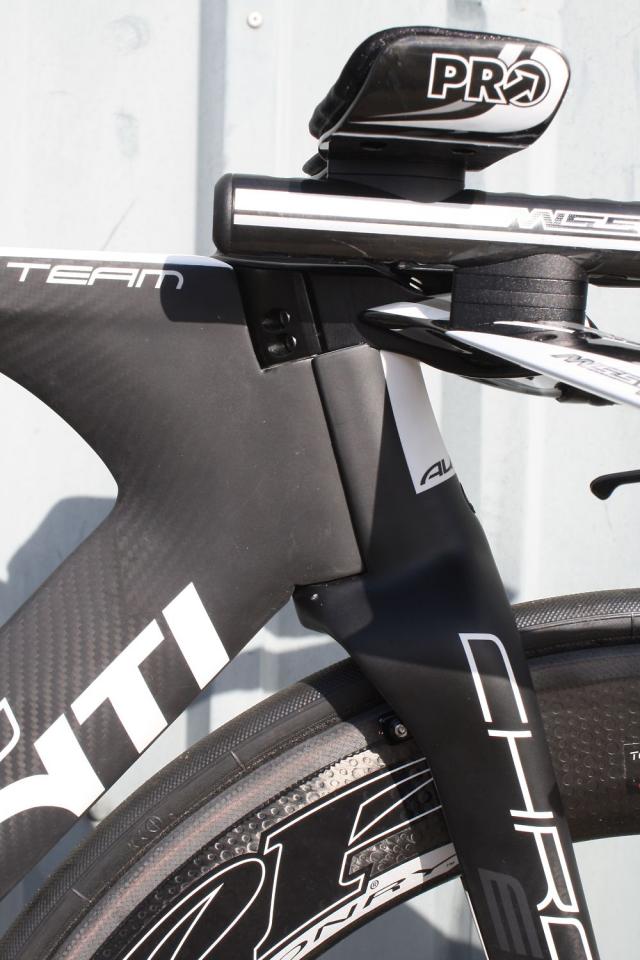 The fork comes with an external steerer that keeps the front end narrow and manages the airflow over the head tube, while the stem sits flush with the top tube. The front brake is integrated into the fork and the rear brake sits just behind the bottom bracket. You can fine tune the position of the rear wheel behind the cutaway seat tube by adjusting the dropouts while the seatpost clamp is a wedge design hidden within the frame. 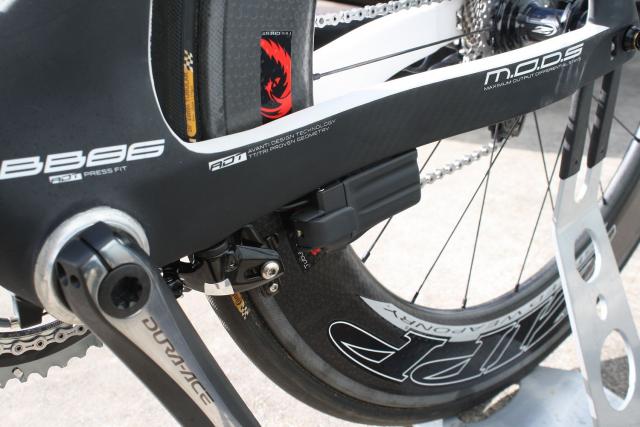 The Di2 battery sits underneath the chainstay, partially sheltered by the brake calliper. All in all, it seems like a very tidy, well-integrated design. 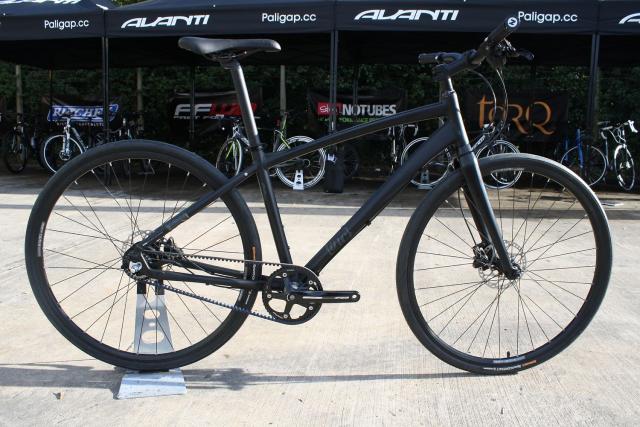 We like the look of the urban Avanti Inc too. There are three bikes in the Inc range, all of them built around 7005 aluminium frames. 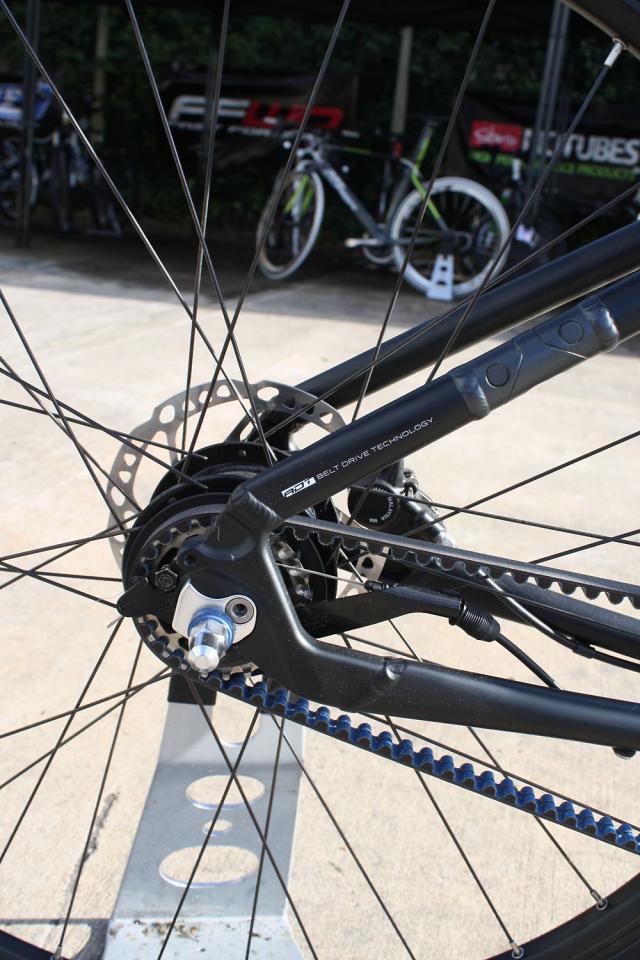 The Inc 3 pictured here comes with a Gates CDC belt drive rather than a chain and an 11-speed Shimano Alfine internal geared hub, neither of which should need a whole lot of maintenance whatever the weather. 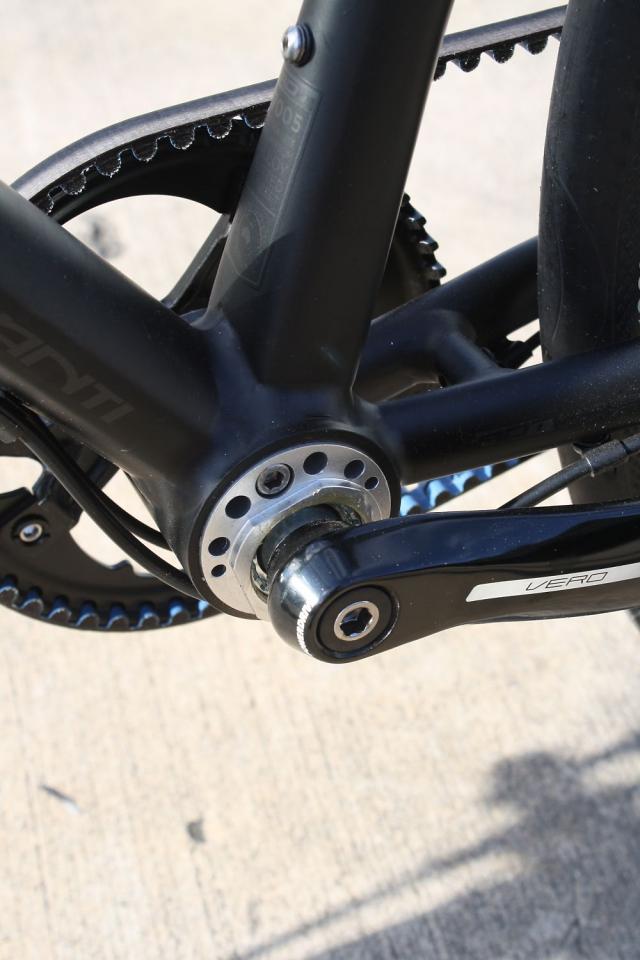 An eccentric bottom bracket allows you to take up the slack in the belt. The brakes are Shimano’s M445 hydraulic discs and they shouldn’t be too bothered by road conditions either. You might want to chop the handlebars down a bit for nipping through urban traffic, though. You get a lot of control there but they’re reeeally wide. The Inc 3 is priced at £1,300. 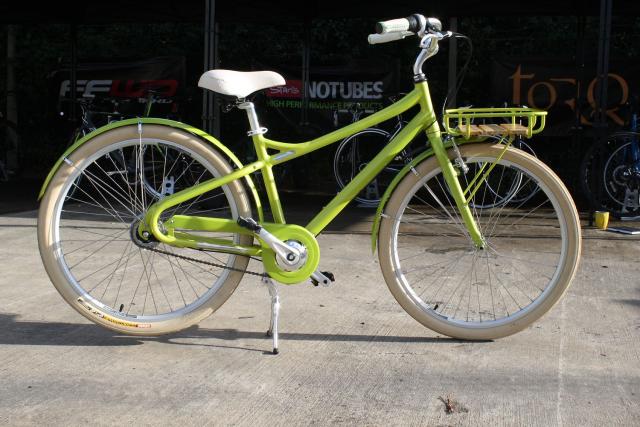 Finally, the £700 Ubo 2 is a totally different take on a town bike. Those sweptback bars give you a really upright ride position for a good view of what’s going on. 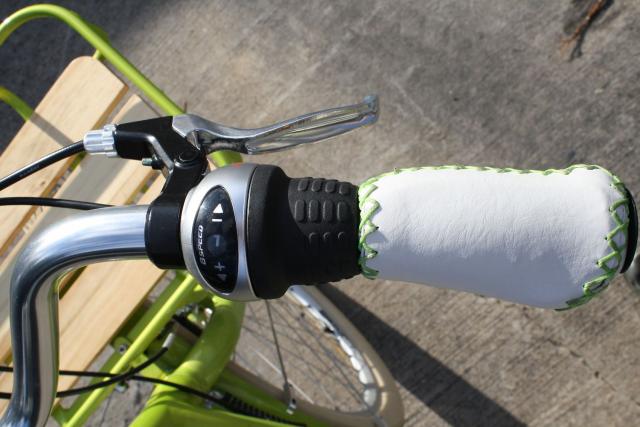 That’s a Shimano Nexus Revo 8-speed hub on there with a coaster brake, an alloy V-brake up front, and one of the biggest saddles you'll ever see. Mudguards and a chainguard will help keep you clean and you even get a super-sturdy kickstand.

Most of the 2013 Avanti range should be arrive in the UK in December and January. In the meantime, check out the website of UK distributor Paligap for more details.