If you were to buy the last bike you were ever allowed to get; one to last you until your knees pack in; one where your partner has no any idea of the price... you might well choose a titanium one. Well, that is what we all decided when talking about bikes endlessly om our motorhome world tour to Eurobike (ok, that might be a slight exaggeration since we only crossed France to get to Germany). Titanium and carbon fibre had always been regarded as exotic materials. Carbon bike frames were what Formula One car designers would dream up and titanium bikes came from the stables of master craftsmen and the secret military design headquarters of Russian aerospace engineers. 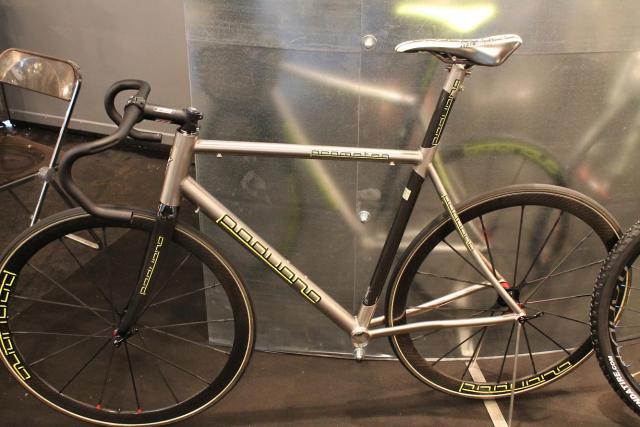 Nowadays you can get an entire carbon-fibre bike for less than half the price a frame cost only a few years ago. Titanium has a very high strength-to-density ratio which makes it very well-suited to making performance bicycle frames with good durabilit

Though it is the ninth most abundant element in the Earth's crust, titanium is not easy to extract and it’s difficult to find in high enough concentrations to make it economical to mine. Titanium is also a tough bugger and takes its toll on machinery if you try to change its form. Titanium has come down in price a bit because of manufacturing and availability of frames coming from Taiwan and China, but it is still bloody expensive for us mere mortals so it retain its exotic tag. The tough nature of the material and it's resistance to corrosion make it the perfect choice for the ultimate do-anything fast bike; the last bike you will ever buy. Tony and I agree that if we were looking for such a bike, our choice would be the Salsa Colossal Ti (main picture). It seems to tick all the boxes and it has looks that suggest you’ve just spent your retirement fund, but it’s worth it. 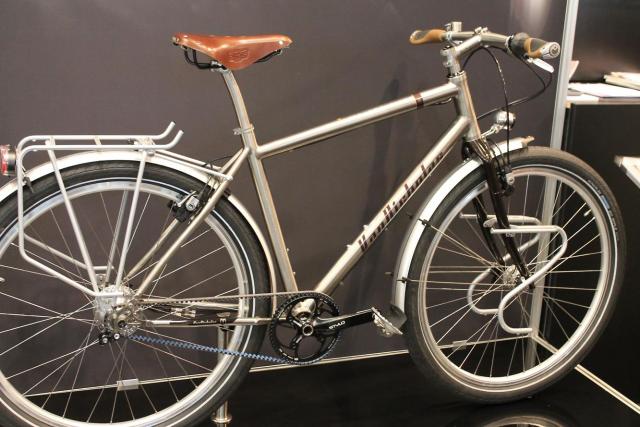 The beardy world of adventure touring bikes is another market that each titanium manufacturer has toyed with. Van Nicholas's excellent Amazon is their best-selling bike and what a beauty that is, equipped with custom pannier racks, belt drive and hub gears. 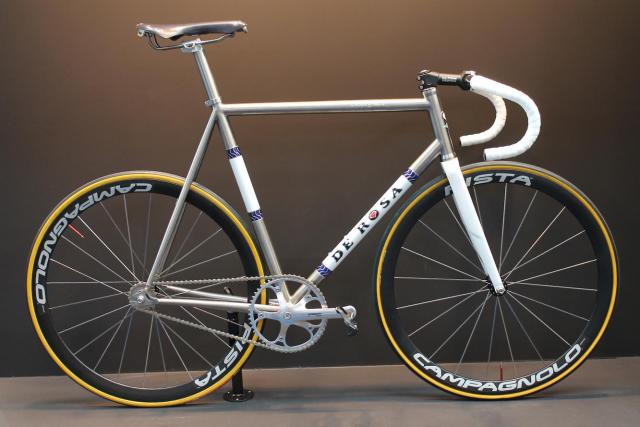 For the ultimate track/hack we saw a few fixies, like a gesture to eternal youth, from the likes of Van Nicholas, De Rosa and Nevi. Titanium isn't necessarily the best material for track bikes because it’s difficult to make stiff and lightweight at the same time, but put it on the road and you have a light, forgiving bike that laughs in the face of corrosion and is guaranteed to put a smile on your face. 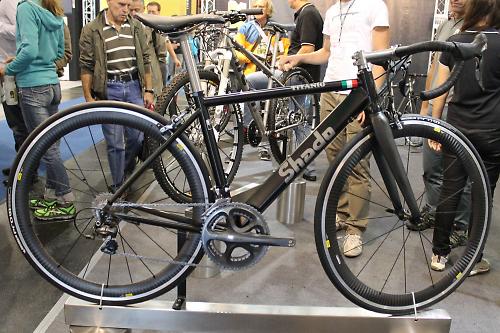 You want titanium but you want something a little different? Maybe not that boring old titanium colour… but just the same you don't want to something with lots of er, heavy paint either? No problem Nevi have that covered with the Shado… the world's first black titanium bike destined no to be trailed by 'black Ti' puns for years to come. It's got to be said this one divided opinion - I liked it but some of the more old school elements on the roadcc team reckoned Nevi had acheived the cool tric of making a cool Ti bike look like a not very cool grey anodised one. The 'black' isn't a surface coating though - but it is a 'surface treatment' according to  the Nevi blurb which talks about black and grey being 'natural faces of Titanium' maybe it's something to with the way the metal is polished during the production process? 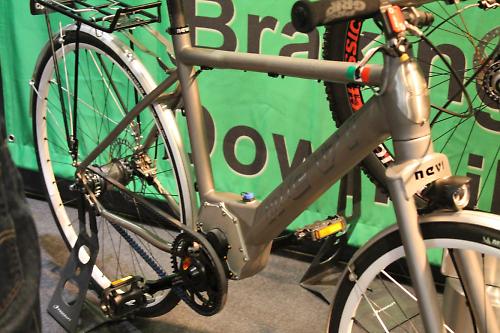 Nevi have also thought ahead to the day when the Ti afficianiado's kneed do finally start creacking louder than the bottom bracket with their rather cool titaniums e-bike - we've seen Ti electric bikes before at Eurobike, but never one from a titanium specialist like Nevi - you get a belt drive too and one of those bottom bracket motors. Oh, and it's titanium coloured. 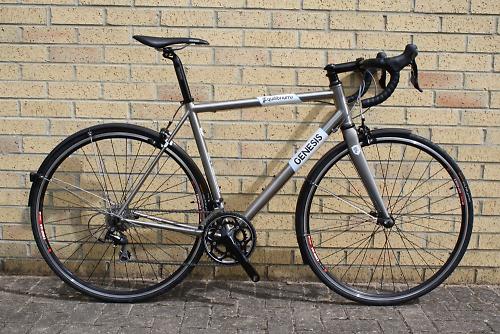 And if you want a Ti bike to do it all until your knees go (you might as well get your money's worth), Genesis has got in on the game and produced a titanium version of their very highly regarded (Big Dave rides one) Equilibrium frame, available as a frameset, including carbon fork, for £1,500.