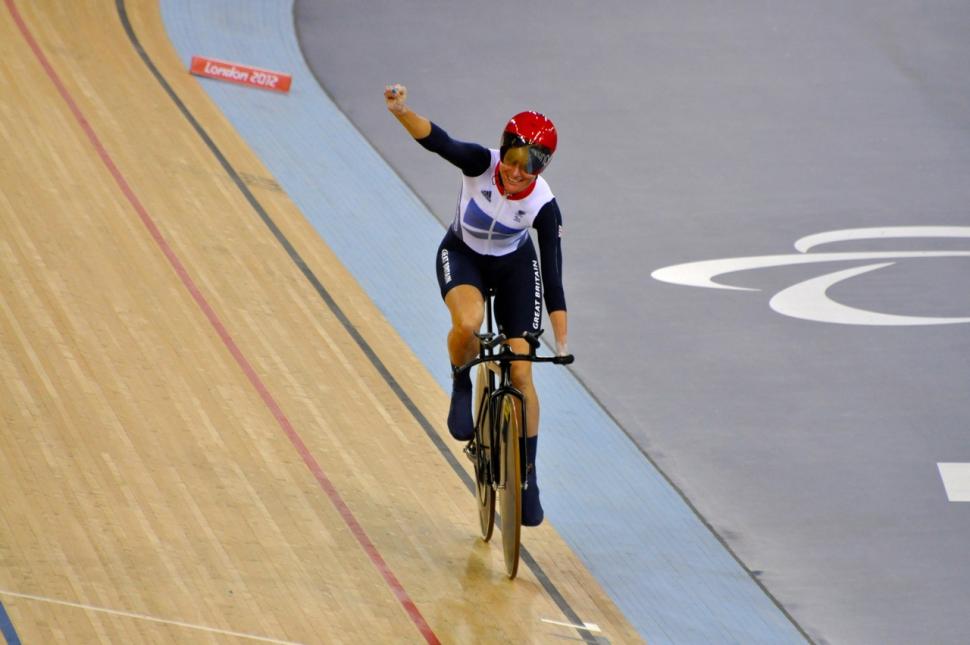 Onus for success lies jointly with female cyclists and sponsors - and should Team Sky have a women's squad too?...
by Sarah Barth

Sarah Storey, the Paralympic cyclist whose Paralympic successes have seen her become Britain's most successful female Paralympian, has said that women must support local races and receive racing education if an international women's road racing scene is to emerge.

Storey, 34, won four gold medals at the London Games, for events as diverse as the 500m time trial and the C4-5 road race at Brand's Hatch, and now holds 22 Paralympic medals in all, a record shared with former wheelchair racer Tanni Grey-Thompson. Last night she was selected to carry the British flag at the Paralympic Closing Ceremony.

Speaking to Road.cc, she questioned why the turnout at women's races is often poor, and cited her own experiences of finding it hard to get started in elite racing.

"You wouldn't want a 4th Cat rider to come in for their first year and be completely fazed by the fact that they're riding with women who've been riding for a lot longer than that, that can corner quicker and take different risks, because you have a different perception when you first get on a bike .

"I remember it really well, being stuck at the back of the bunch wondering how on earth I was ever going to be up at the front," she said.

"It can be quite daunting, so we need to find a way of supporting women to race, and allowing them to learn the skills before we put them in a field of people who are going so quick it's impossible to see what's happening.

She added: "To go to a road race and see that the field isn't full, despite the fact that there's a fantastic race has been organised, is disappointing. So if we don't support our races that we do have then we can't complain about the ones that we don't yet have in a more glamorous setting.

"The fields in the women's races are very oversubscribed in the early season, and then by the time you get to say the Essex Giro, which is the final one of the national series, there's only 45 riders maybe, when there could be a field of 80.

"Maybe it's because women have jobs and other commitments, and maybe some of the girls run out of money, but we have to support the events that are there before complaining about the ones that aren't." 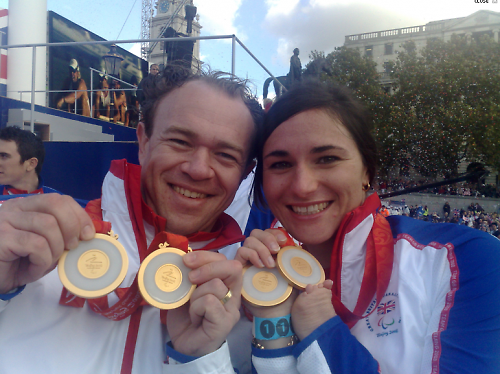 The lack of funding for women's pro cycling is not a new complaint. Emma Pooley said in The Guardian earlier this year: "There is a lot of uncertainty every year over teams. You think you've got a contract, then the team decide women's racing is not of interest to main sponsors because it's not visible. It's a bit depressing – after a while you feel what you're doing is pointless because no one is interested.

"I'm on a good, relatively well-funded team, but it still feels like they have a tight budget. It doesn't need to be luxurious, but with a lot of women's teams you're lucky if they buy you a sandwich at the race.

"Another problem is that sponsors keep pulling out of races, so they get cancelled, it's a pain because the calendar has been more than decimated."

Almost on cue, following the Olympic cycling successes, Pooley's team, one of cycling's most prominent women's teams - the AA Drink-Leontien.nl squad - announced that it was to disband at the end of the season.

AA Drink-Leontien.nl had already swept up many of the riders from Garmin-Cervélo (now Garmin-Sharp) after it dropped its women’s team in November last year. 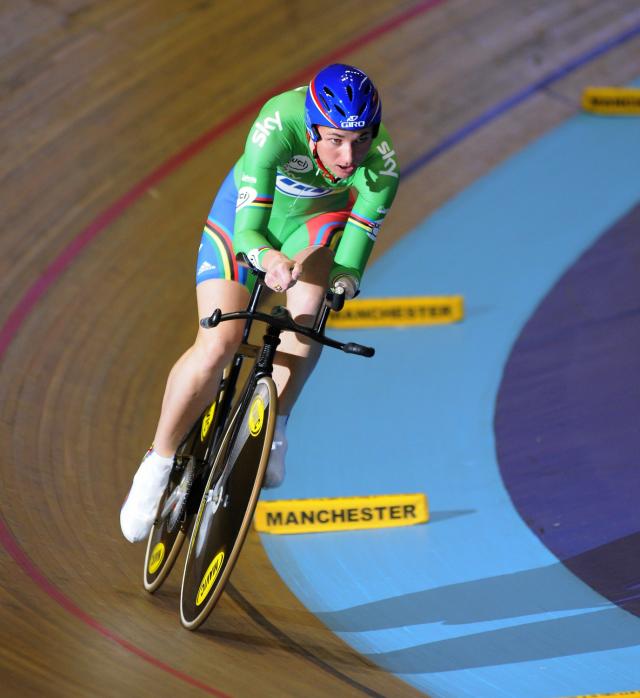 But Storey said that the onus for successful women's racing lay just as heavily on individual women as on their sponsors and teams.

"Women need to take some responsibility because not all of the fields have been full," she said.

"If women want to race there are races there. It was a huge effort to get women to ride the Newport Nocturne a few weeks ago and that was an incredible race."

But she does concede that more could be done to support women starting out in racing, and that part of the problem is a lack of level progression from domestic to elite racing as in the men's events.

"Because some of the fields are very small, they don't provide the right education to learn about riding in a bunch and that kind of thing," she said.

"There are enough events, so maybe we need to see about making some of them just entry-level races. The girls need to support those races, and then move up the tree. It's hard, because you could be in your thirties and just starting out, and wanting to race with the elites straight away, and I think I certainly wished I'd had a gentler ride into it - you know, straight into the elite field with the likes of Rachel Heal.

"I didn't want to take anyone out or cause a crash, and women don't want... well, no-one wants to cause a crash and that itself often can cause more crashes than you want. It's about giving people the opportunity to progress, get proficient and then eventually climb the ladder like we see in the men's sport." 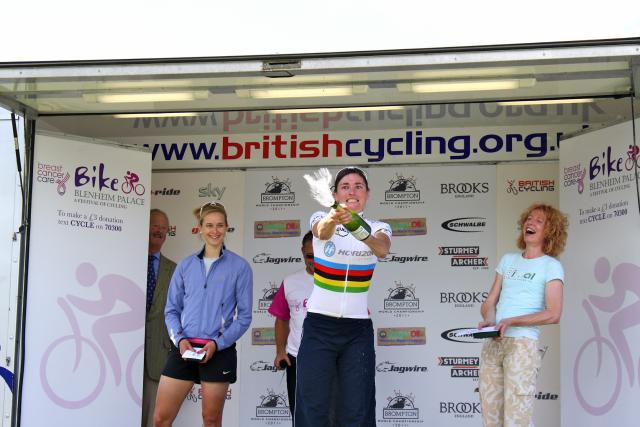 Although Storey would like to see Sky sponsor a women's team in addition to their Tour-winning men's team, which boasts British names including Cavendish, Wiggins and Froome, she said that she understood why they had hesitated thus far.

"You have to take everything one step at a time, and if you set up two teams at a time and one failed you'd be wondering what if you'd set up one and that had done very well, and then looked at maybe setting up a women's side," she said.

"Obviously the men's side gets a lot of media coverage and it's the bigger, more expensive side, and it was a lot of work to set that up, but they've been incredible. So you can't argue with that success.

"Women's cycling doesn't have that same support, and hopefully we can look towards that happening in the future.

"I think in general women's cycling has had a rough time, because events like the Tour de L'Aude was cancelled due to funding issues, and some of the bigger races have had to come off the calendar. We need some more support, and that's not just at a domestic level, that's internationally.

"We just have to hope that with the London Games we can see that change and we can perhaps see a women's pro Tour and it would be as well covered as the men's." 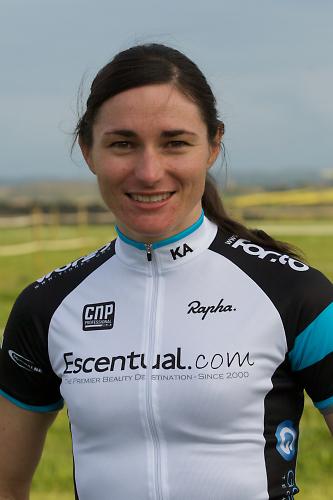 Lizzie Armitstead also used the platform provided by her Olympic success to raise the issue of pro Tour women's teams.

She was quoted in the Telegraph as saying: "It’s not just a Team Sky issue. There are lots of things that could be done. We could get more help from the UCI, like forcing Pro-Tour teams to have a women’s equivalent.

"It can get overwhelming and frustrating, the sexism I’ve experienced in my career. It’s a big issue in women’s sport. It’s the obvious things: the salary, media coverage, the general things you have to cope with. If you focus on it too much you get very disheartened."

Storey trained as a swimmer and won 16 Paralympic medals before being forced to switch sports due to a persistent ear infection. She was born without a functioning left hand, but competes against able-bodied athletes in road races, and narrowly missed out on a place in the Olympic team pursuit as part of Team GB.

She said: "I had to get on with 4 other events - 4 events in a week was a big programme. There was no easy ride once I'd been dropped from Team GB and I had to work on everything from the 500m to the road race and make sure we had the right balance to that it didn't become too much. To come out the other side and be like, mission accomplished - it's just fantastic.

"You never look back. The team they put together was absolutely the right team for the job, and you have to respect that."

1
Cyclist who broke motorist’s jaw cleared of assault – because of driver’s close pass
2
Jail for man who punched cyclist, leaving him partially blind and with fractured jaw and eye socket
3
Near Miss of the Day 666: Absolute beast of a close pass by mobile crane driver
4
Near Miss of the Day 667: “Are you trying to kill me?” – Aggressive PHV driver fined £660 for close pass (video includes swearing)
5
Transport for London slammed for “victim-blaming” road safety ad (+ video)
6
Are world leaders "delusional" when it comes to active travel? COP26 discussed, plus how to layer up for winter riding on episode 12 of the road.cc Podcast
7
Near Miss of the Day 668: Cyclist almost taken out by corner-cutting driver
8
An absolute clusterf**k: Bowman Cycles speak out on supply chain issues after unhappy customers complain