Ridley have had the Helium in their model shed for quite a while where it’s been quite the favourite with riders and racers alike, and it’s just been given a weight-watchers revamp to compete with other companies supermodels. In an unexpected “You need to ride this” moment we were handed the Helium SL off the Ridley stand at the recent Eurobike Demo Day for a quick runaround, and had to give it back just a little bit in love. At first glance the Helium SL doesn’t look anything special, there are no swoopy tubes, no weird kinks or bendy bits and the graphics are neither “Look At Me” shouty nor “I’m Expensive Me” stealth. Crazy frame profiles have never been Ridley’s style, they say they’re a form follows function brand and making things complex isn’t their thing, simple tubes are the best. That said the seatstays are thin and flattened to give a bit of rear cush and the integrated seat-mast of the standard Helium has reverted to an old fashioned 27.2 seatpost to keep the frame weight down and to introduce added comfort in the seating area. The carbon rear dropouts have a reinforced steel plate for increased durability, the bottom-bracket is press-fit BB30 and the headset is tapered 1-1/8” 1-1/4”, gear cabling is run internally and is both wire and electronic cable compatible. 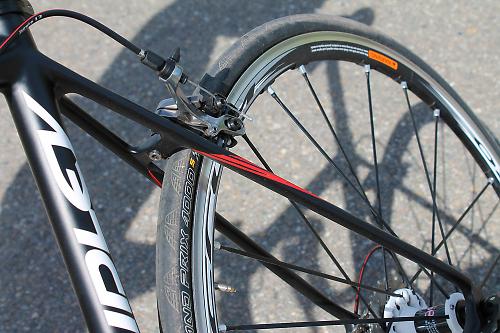 The SL frame is made from a mix of 60, 40 and 30 ton high modulus carbon fibre, we didn’t have our scales with us but a quick heft suggested that the SL is pretty damn light, Ridley claim a bare frame in Medium is 790g, and that translates into one of those bikes that magically springs from under you at the very first pedal stroke. It’s svelte and keen - demanding speed at all times, and if you stop pedaling it looks up at you and asks you why. Built to be as stiff as possible for its weight it’s more than light enough to be a climber’s bike and more than stiff enough under these puny legs to not feel any side-to-side sway. “Homesick Angel” comes to mind. The steering was equally sorted too, laser sharp when you wanted it but not too twitchy to be a tiring handful over a long day. 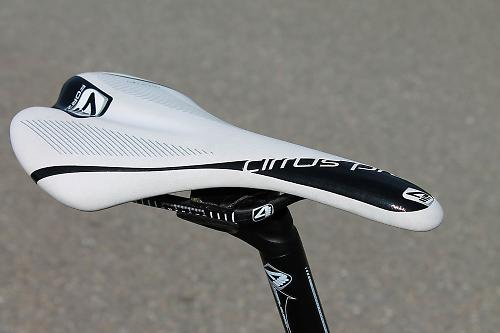 The Helium SL is fitted out with Ridley’s house brand 4ZA kit which is all very nice and we really liked that understated appearance making it look just like a normal bike, secretly hiding its true performance.

You can mix and match the kit on Ridley bikes to suit your desires and you can also waste hours on their website customizing the colour scheme of your new bike, but with SRAM Red on this Helium SL will cost you just over €6,000.