The Bicycle Library - solving falling cycling rates in Copenhagen, of all places

We talk exclusively to the people behind Denmark's free try-before-you-buy bike service...
by Sarah Barth

Copenhagen: the city where cycling has peaked

"Copenhagen is the only city in the western world where cycling levels are falling, not rising.”

Getting more people on bikes is a complex issue. There's road safety, percieved and real danger, bike theft and security, training for children and the under confident and integration with other modes of transport to consider, and that's before anyone's even thought about owning a bike.

Contrary to what you might think, Copenhagen is one of the places in Europe that's most concerned with getting more of its inhabitants on bikes. The cycling capital's number of riders has peaked, and the Danes are busy working out exactly why that is.

Mikael Colville-Andersen, of Copenhagenize Consulting says that cycling has peaked in the city.

"Copenhagen is a constant source of inspiration for cities around the planet, not least because of our bicycle culture, which has peaked at 37% of our citizens on bicycles," he says.

"Since the promises were made, cycling levels have fallen to 35%."

"Bicycle Innovation Lab is a response to a Danish cycling culture that has stagnated."

"The bicycle library, which opened in November 2011, is a 'velotheque', where you can borrow new types of bikes and experiment with their use in your everyday life," says Lasse Schelde, project manager at Bicycle Innovation Lab, creators of the Bicycle Library.

''In the bicycle library you can, for a refundable deposit, borrow a bike for free. You simply book the bike online and go and pick it up on the day you have chosen to book the bike.''

Bike loans last 3-4 days. What that means in practice, is that you can see how a bike fits into your life. Not sure you've got space for a whole bike? Try a folder. Got kids? How about a cargo bike with seats for them? Bit unfit? There's an electric bike with your name on it. You're getting the idea. 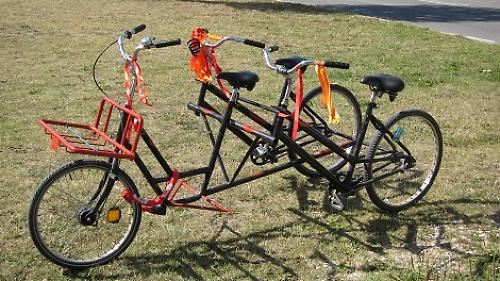 "Other examples of bikes that can be borrowed are the bicycle sculpture, The Conversation Bicycle - which takes three people to ride – or what about catching a ride in a velomobile - the Danish Leitra, that is so fast and easy to ride that it can take you on a summer holiday from Copenhagen to Paris and back again," says Lasse.

It's not just a lending library; Bicycle Innovation Lab holds informative events and also features an on-site workshop facility, where seminars can be held and prototypes are being developed.

"A bike is not just a bike and everyone has their special needs for transportation."

Lasse talks us through just a small selection of bikes on offer at the Bicycle Library: 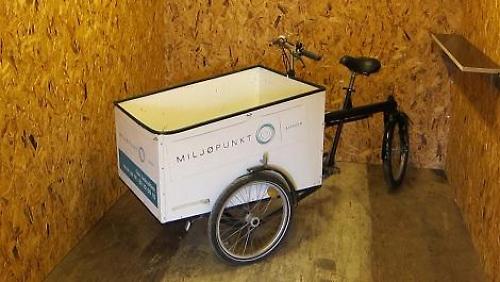 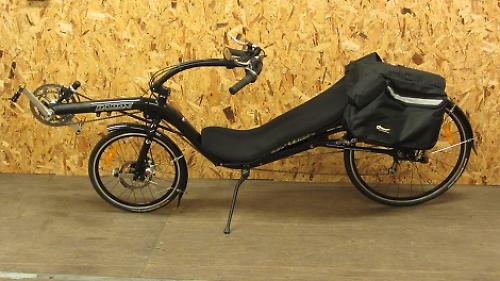 "Another sure hit is the Leitra velomobile and our recumbent bikes which are hard-to-come-by bikes which most Danish people have seen in traffic at some point, but few have had the opportunity to ride, the Leitra especially seems to appeal to the more serious bicycle enthusiasts or long distance commuters."

"The electric bikes, the racing bikes and the folding bikes are often borrowed by commuters considering alternative means of transportation for their daily work commute. The electric bikes takes out the bite of hills and hard headwinds."

"The racing bikes give you a faster, easier ride and provide you with exercise." 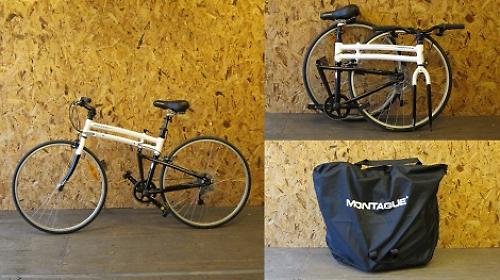 "Folding bikes are allowed to be carried along on public transportation." 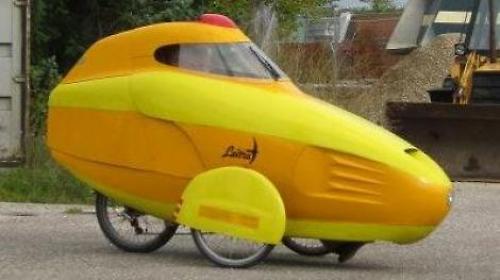 "The funkier of the bikes, the tandem and the three person bicycle sculpture are mostly used for celebrations, picnics or demonstrations so even though they are quite eye-catching they don't get ridden all that often."

Not a tourist attraction

The Bicycle Library is a service by locals, for locals. It's not a tourist attraction. Says Lasse: "It is good for tourists who are staying for a while. Our bike loans last 3-4 days.

"But the library is not made for the purpose of catering to tourists who need transport. It is an opportunity to try different bike designs
in the city or on long trips to the countryside."

Could the Bicycle Library translate to British cities? Lasse thinks it would be perfect. "We see no problem in that," he says.

"Our version of a bicycle library is for anyplace or anyone. We try to offer our loaners bikes that fit any situation. All bikes that serve different purposes in a diverse city."

Find out more about the Bicycle Library here.