Plus iPhone case, clever kid tow-along and bags, because everyone loves bags
by Sarah Barth

Sensa bikes come to the UK via Merlin Cycles 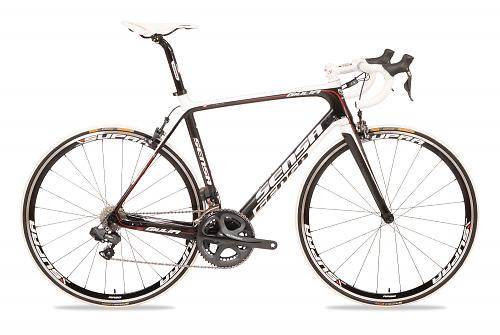 John Moss, Merlin Cycles MD says: “We’ve been searching for a road brand that could give us excellent products we can trust at reasonable prices and in Sensa we feel we have found that range of bikes. With the option of being able to custom pick certain parts of your bike before you buy, as well as stock builds, the customer can upgrade the bike at a much reduced cost at time of ordering.”

Sensa bikes will be available either as fixed-spec Sensa Specials with components that Merlin Cycles says are “chosen to offer a well balanced and well specified bike with the added benefit of even better pricing” or as custom builds that allow the customer to choose the groupset, wheels, bars, stem & seatpost, saddle and tyres. Standard spec bikes are in stock at Merlin already; a custom spec will take a couple of weeks to be delivered.

Pro Bike Gear, the Shimano subsidiary that makes parts like bars and stems that Shimano doesn’t, has launched a range of saddles with a familiar theme: animal names, and a selection system based on your flexibility.

The range comprises three saddles, Falcon, Turnix and Griffon. Pro says that “Falcon is a flat saddle for riders who have a natural stable position on the bike. Griffon is a curved saddle who gives riders extra support to maintain an efficient riding position. Riders who fall between the two extremes should use the Turnix saddle that's almost flat but with a gentle curve.”

All of which sounds an awful lot like fizik’s snake/chameleon/bull selection system for the Arione, Aliante and Antares saddle shapes.

But wait there’s more. All three saddles are available in 132mm and 142mm widths, so you also base your selection on the width of your sit bones.

Snarking aside, the idea of a range of shapes in a range of widths is a good idea, as is the 30-day money back guarantee Pro is offering. That should be plenty of time to decide whether the saddle the selection process puts you on is right.

The three saddles all have carbon reinforced base construction, super light high density EVA padding and are available with carbon or titanium rails. Claimed weights ar weight of the 155 g (carbon rail) and 205 g (titanium rail). 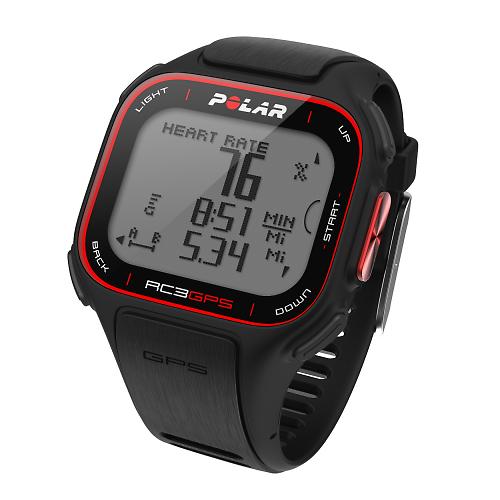 With a large, customisable display, the RC3 GPS can show three rows of data. It weighs a claimed 58g and in 1.37cm thick.

The RC3 GPS includes Polar’s ‘Smart Coaching’ feature which provides training guidance. The device also has Polar’s ‘Sports Profile’ feature, where users select a sport and can monitor intensity specific to the demands of that activity, and ‘Training Benefit’, which gives feedback straight after exercise.

A ‘Back to Start’ feature directs users back to their starting point in the shortest possible distance.

The RC3 GPS uses the low-power SiRFstar IV chipset and Polar says it will run for 12 hours from its 250 mAH lithium-polymer rechargeable battery.

The RC3 GPS can download data from your ride to polarpersonatrainer.com via the included USB cable so you can review, share and analyse your data. 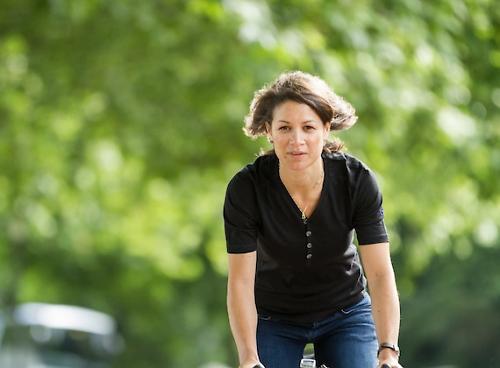 “A silicone waist gripper prevents it riding up and there is reflective rear tape and light loop."

The pockets are unusual. Instead of the standard trio of straight, top-opening pockets there are two angled rear-side pockets, and a low central zip valuables pocket. Vulpine says: “This low pocket accommodates backpacks and Camelbaks much better than three high pockets. The right rear pocket has a merino pocket flap, the left is open.”

For blokes, the £70 Merino Polo is also made from 100% New Zealand merino wool. Vulpine describes it as, “The perfect all-day-anywhere cycling top. Classic and subtly styled, with cycling-specific features. The cut is crisp and long at the back for riding.” 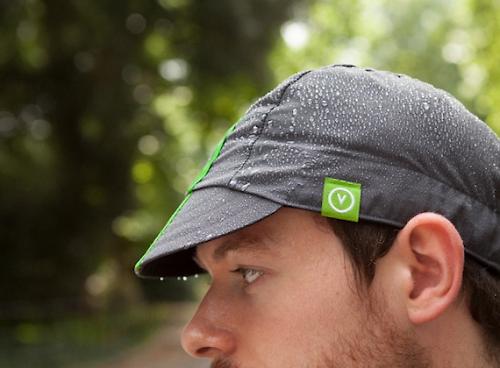 Finally, in recognition of the imminent winter (like we had a summer), the £25 Vulpine Storm Cap takes the shape of a classic cycling cap and combines it with shower resistant and breathable fabric trimmed in Vulpine Green, with a highly reflective central ribbon. 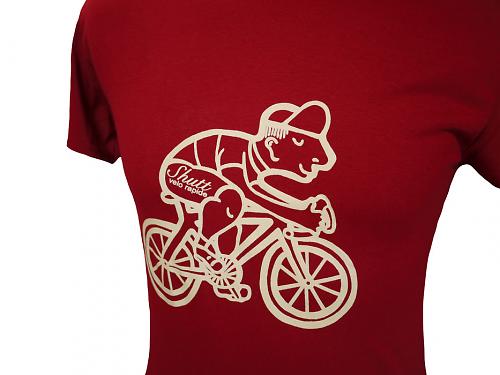 Clothing maker Shutt VR, known for rather nice British-made merino-based jerseys, has introduced a pair of t-shirts into its range. The shirts made their debut at Bike Blenheim and are now available to buy online from shuttvr.com. The two styles are simply called Men's Cyclist, in Breakaway Red, and Women's Cyclist, in Podium Pink. 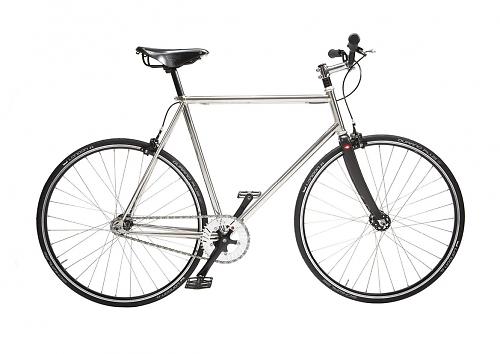 Colourbolt has announced its 2013 range of bikes, all handbuilt to order by Coventry framebuilder Lee Cooper. The range uses Columbus Spirit, XCR and Life steel tubing, with each variant painted or finished to reflect its intended use.

The Black Nylon model is built from Columbus Life tubing and coated in the nylon formulation used for the handrails on some London Underground trains, so it’s tough and good looking.

The frame comes with a Columbus Minimal carbon fork, and gloss black components from around the world, including Nitto in Japan.

Build options include components from Nitto, Ambrosio, Exustar and Brooks.

Wishing to keep logos to the minimum, ColourBolt bikes have just a single red, or copper coloured chainring bolt to distinguish them. ColourBolt builds can be ordered through Tokyo Fixed, Micycle and Harvey Nichols in London. 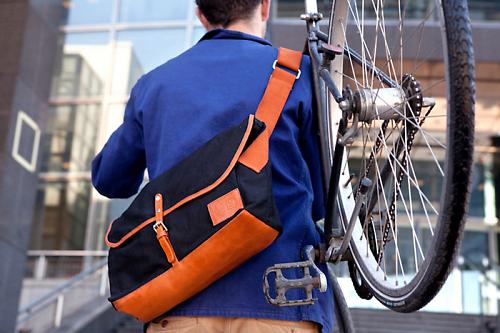 Posh bag maker Veja has introduced the Facteur bag from its side collection, Projet Numéro Deux.

The Facteur gets its name from French postal messengers and features a large internal space with lots of side compartments and a fully adjustable shoulder strap. It’s the perfect companion to city bike rides, says Veja.

The Veja facteur bag is made from organic cotton grown by a co-operative of producers in the Northeast of Brazil without chemicals and pesticides. The leather is tanned using acacia plant extracts to reduce pollution.

Available in a range of colours, the Facteur can be found at Garbstore and Oki-Ni. 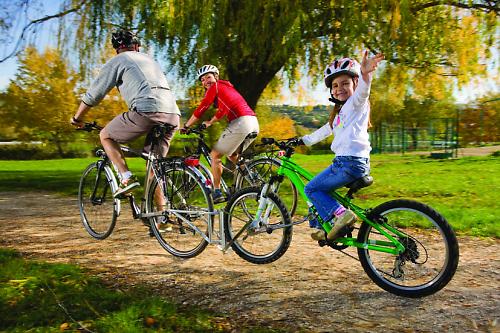 Tow bar widgets that attach a kid’s bike to a grown-up’s are a popular way for parents and kids to ride together. But the maker of a new towing device says that most of them attach the child’s bike in the wrong place, forcing it to wobble and lean.

Most tow-bar devices attach to the seat post of the adult bike, but the new FollowMe steel tandem bracket device couples the child’s bike at hub level, which the makers say creates a more stable ride because of its lower centre of gravity.

The 4kg FollowMe device allows the child’s bike to be quickly attached and detached from the adult bike, so that you can react to the riding situation. If you encounter traffic or if the child is tired, parents can attach the child’s bike.  Once they return to a safer environment the connection can be released equally as quick to allow the youngster to ride independently.

The FollowMe is adjustable as a child grows and can be fitted to bikes with wheels measuring between 12” and 20”.

The FollowMe costs £210 and is available in the UK via Yorkshire retailer Cyclesense. 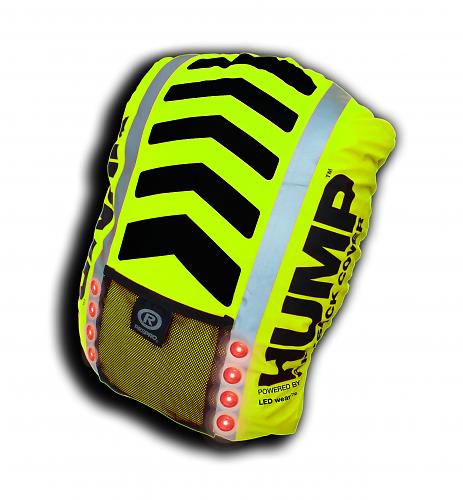 Ideal for backpack-wearing commuters, the ever-popular Respro Hump has had a makeover.

The newer, brighter, glitzier Vegas Hump features two bars of four LED lights powered by three AA bateries, so there's really no excuse for anyone to say they didn't see you.

The lights have three modes: continuous, slow flash, and for the ultimate Vegas effect, extra flashy, and the ubiquitous reflective chevrons are still there for added visibility from back and sides. As always, the Hump will keep your backpack and its belongings safe and dry, should you pedal into a downpour.

On flashing mode you can expect 90 hours of battery life. Neat features also include an upgraded strapping system, elasticated edges to keep the Hump from flapping about and a mesh pocket for items you want to get at on the move.

Rokform case puts your smartphone on  your bike 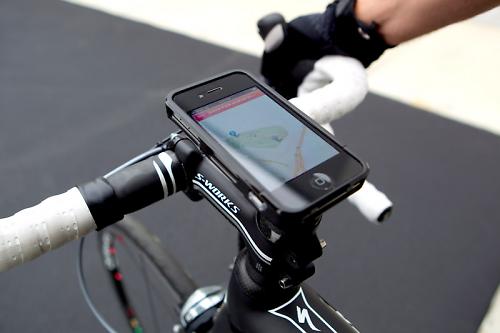 The Rokform Rokbed iPhone case must be the beefiest looking phone protector we’ve seen, and with its aluminium bike mount it’ll fit your iPhone on any bike with a 1 1/8 inch threadless steerer.

The bike mount has a dual retention lock system that incorporates a magnet kit and Roklok system plus a lanyard for a third layer of safety.

As well as the polycarbonate Rokbed case, it’s also available in chromed and gold plated aluminium versions for a bit of extra bling. 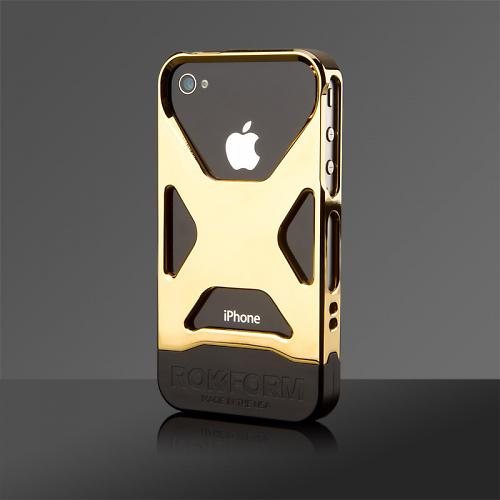 Lest iPhone haters accuse us of being biased, we should mention there’s also a Rokform case for the Samsung Galaxy S3.

Sports nutrition company Nectar says its new Fuel Cell gel packs hit a perfect compromise between bulky gels that are easy to consume and compact but sticky gels that are a bit hard to get down.

Each sachet contans 40ml of  LiquiGel which contains 20g of dual-carb source energy  combined with B-Vitamin complex. Thecarbs come from a 2:1 Maltodextrin: Fructose formulation, which Nectar claims is proven to deliver up to 40% more energy into the bloodstream and reaching muscles than standard maltodextrin formulations.

There are four flavours on offer:  Orange, Lemon Lime, Summer Fruits and Blackcurrant and Nectar says Fuel Cell is suitable for vegetarians and vegans.

British designer Giles Deacon has collaborated with Sky Ride to create this handbag “aimed at giving women something stylish yet practical whether they're cycling to work or heading out with friends.”

The bag features an exclusive snake print design and reflective material. It’s waterproof, and clips on to the handlebars.

Available in two colours – hot pink and turquoise – the bag will be available to buy from early October with an RRP of £40, but you can register your interest now at GilesForSkyRide [at] freud.com.