Next year's helmet designs include a new range of women’s lids...
by Mat Brett

Giro are releasing a new women’s series of helmets for 2013 along with some updated finishes on existing models.

First, check out the Team Z helmet (above). Hands up, who here remembers Team Z? You’re knocking on a bit, aren’t you? Team Z is now retro, granddad/grandma (delete as appropriate).

For younger readers, Z was founded as Vétements Z-Peugeot in 1987, and underwent several incarnations over the years. Britain’s Robert Miller was on the team for a while and also, most famously, was America’s Greg Lemond when he won the Tour de France in 1990.

The team might be no more but the logo is back, gracing the £49.99 Giro Reverb urban helmet for 2013. It’s one of many different finish options available although it’s a one-drop special edition that’ll be available in the spring. When they’re gone, they’re gone.

That cap-style peak – the Americans call it a ‘visor’ but they can’t help it – is removable, by the way. The main news from Giro – if we hadn’t got all excited by the Team Z thing – is the introduction of a new women’s series of helmets for 2013. Of course, there are already women’s helmets in the range, so what is different now? This is how Giro explain it…

“With our new Giro Women’s Series, we have made a dedicated effort to create designs and special touches that women appreciate, which will provide more options for them, make them feel more comfortable in the bike store environment, and increase our brand relevance to the growing female rider base.

“The new Giro Women’s Series includes 4 new models, 2 for road and 2 for mountain. Using the Atmos, Savant, Xar and Feature platforms, we have created women’s specific versions with new models names and considered details: like a new Giro Women’s Series metal badge, woven labels that coordinate with the helmet colors and graphics, a new Women’s Series box in white and silver, and a broader color selection with graphics designed by women, for women.”

The Atmos is a great helmet – it used to be Giro’s top-of-the-range model a few years back, so hopefully the Amare will be as good. It’s in-moulded with carbon reinforcement and comes with new featherweight webbing straps and an ultralight buckle.

The Amare will be available from October in four different finishes, none of them pink. Pricing for the women’s series will be the same as for the comparable men’s models. The 2012 Atmos was £129.99. 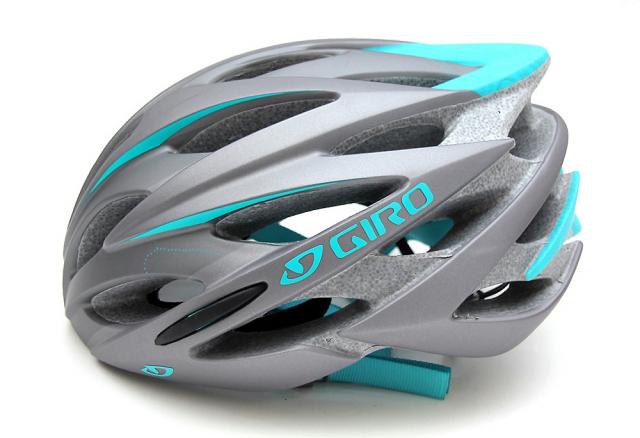 The Sonnet is again in-moulded with three external hardbodies, and it weighs just 238g in a medium size. Three different colour options are available. We reviewed the £59.99 Savant last year and couldn’t believe how good it was for the price. While we’re talking about Giro’s women’s kit, they’ve expanded the gloves lineup too. These dotty ones are DND mountain bike gloves (it stands for ‘down and dirty’, kind of) and they cost £29.99 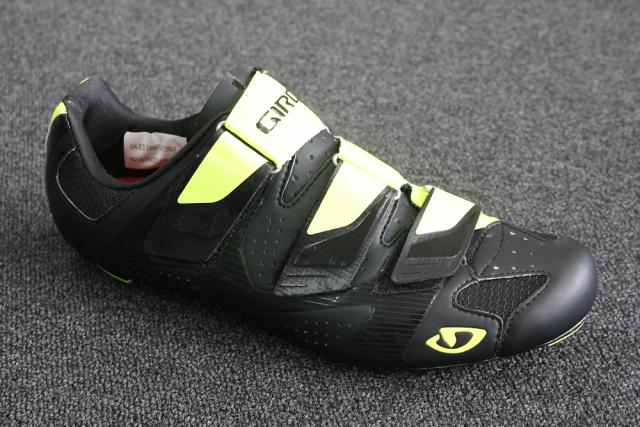 On the gent’s side of things, check out this new colour option for Giro’s top-level Prolight SLX shoes (£249.99) (Stu reviewed the Prolights earlier in the year). It’s all business on the strap-side and all party on the instep side. 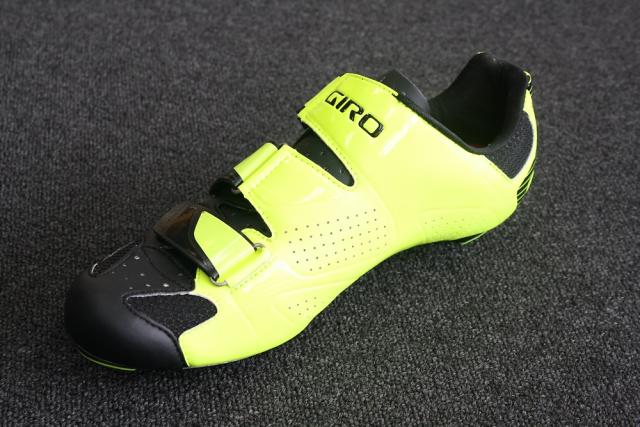 And that yellow really is bright yellow. We had to change pretty much every setting on the camera when we span the shoes around. They’ll be available in the Winter 2012 range. Of course, you can still get plain black and white versions if you prefer. 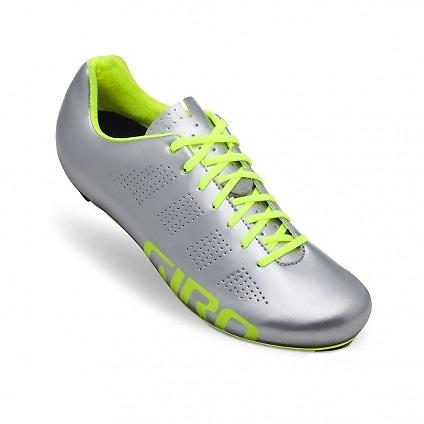 Finally for now, this is the new Giro Empire shoe that’s based on the custom shoe developed for Taylor Phinney to use in the Giro d'Italia and Olympics. It’s very much a performance shoe but with individual looks. For a start, unlike most top end shoes out there at the moment, it’s not white. As well as this silver version, it's also available in black. Plus, as you can see, it's laced - and there's not a lot in this market that's laced anymore.

The Empire comes with an EC90 unidirectional carbon outsole, a one-piece Tejin upper and Giro’s SuperNatural Fit footbed. We don’t have a UK price on this one yet although, as a guide, it’s $275 in the US.

For more info go to the website of Giro or UK distributor Madison.