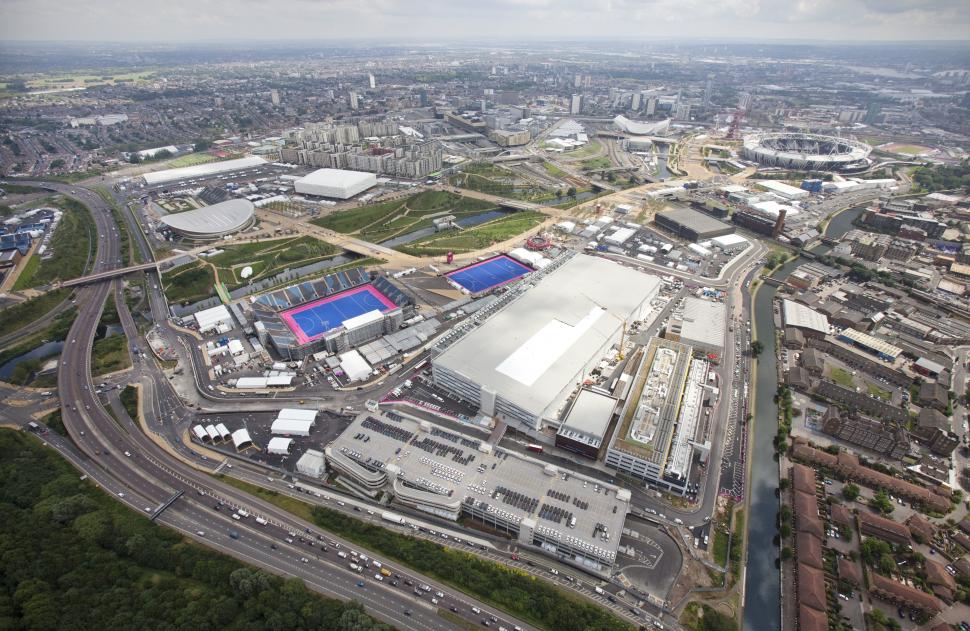 Users of a towpath along the River Lea that is closed for two months due to security concerns associated with the Olympic and Paralympic Games are staging a flashride protest this Sunday to reinforce their view, outlined on their Open Our Towpath website, that LOCOG’s official diversion “is not a safe or viable alternative.”

The affected section of the towpath, which also forms part of National Cycle Route 1, has been closed since 3 July and will not reopen until 10 September.

It stretches from close to the Eastway in the north along the western perimeter of the Olympic Park to just north of Sustrans’ award winning ‘floating towpath’ beneath the Bow Flyover.

The picture accompanying this article, taken looking south (that’s the Eastway at the bottom) shows on the right most of the affected section of the towpath.

The closure is not highlighted on the Get Ahead of the Games website launched by Transport for London (TfL), nor is another temporary closure, from this Friday, of a section of the Greenway off-road cycle and walking route.

According to the organisers of the protest, who launched their campaign after coming into contact with each other via Twitter, cyclists usually using the Greenway who have asked for a diversion to be put in place during the closure have not received a reply.

Sunday's flashride, which walkers are also more than welcome to accompany, will start with a barbecue at noon at the site of the closure on the towpath underneath the Eastway bridge.

It will then head off at 1.30pm to take in the Barclays Cycle Superhighway on the A11, the Bow Roundabout, where two cyclists were killed last autumn, and Stratford High Street.

Pointing out that since flashrides move slowly, they slow down traffic, organisers said that “nervous cyclists and children are especially welcome. If you are normally too afraid to use the roads, come along and make your voice heard!

“Pedestrians are encouraged to come too and walk alongside us on the pavement,” they added. “The route is as unsafe for pedestrians as it is for cyclists, due to dangerous unlit bridges and many junctions with no safe crossing facilities (including Bow).”

Highlighting the temporary closures in April on the London news section of its website, Sustrans said that it “will be working with LOCOG in the run up to the Games to ensure that the NCN1 diversion will be adequately signed to help users stay on-route, and that all other changes are clearly signed.”