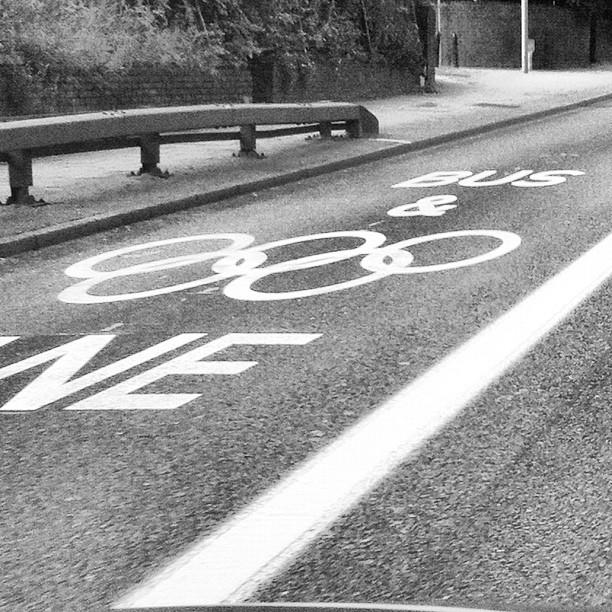 MPs call for Games Lanes to be open to cyclists

A group of five MPs from all three major parties has tabled an early day motion calling on Transport For London to allow cyclists to use the special lanes reserved for athletes and Olympic bigwigs to woosh through the congestion of London traffic.

The call comes in the wake of last week's claim by the Environmental Transport Association that banning cyclists from Games Lanes would put lives in danger, and the somewhat clueless response from Transport for London.

Cyclists face a £130 fine and possible impounding of our bikes if we stray into a Games Lane, for example to overtake stationary traffic gridlocked because half the road has been allocated to the Olympics. The Environmental Transport Association said that the combination of the ban and the removal of bus lanes from routes with Games Lanes would put cyclist's lives at risk.

Director at the ETA, Andrew Davis, said: “Transport planners have wrongly assumed that the best place for bicycles on busy roads is hugging the gutter, but experienced cyclists know that the safest place to overtake slow-moving traffic is down the outside – slap bang where the Games Lanes are.”

Transport for London Chief Operating Officer for Surface Transport, Garrett Emmerson suggested that cyclists should sit in traffic queues rather than overtaking slow-moving traffic: “It is irresponsible to suggest that cyclists would be safer if allowed to cycle in the busy offside Games lanes. Experience in London shows that the majority of cyclists prefer to cycle positioned safely in the nearside lanes.”

That would be the 'experience' of the cyclists who've been crushed by left-turning lorries despite being positioned 'safely' on the left then.

“In conditions of slow moving traffic, we encourage cyclists to avoid putting themselves in danger by staying safe and staying back,” said Emmerson. Because after all, we can't have those pesky cyclists actually using our one big advantage to get around at a sensible speed.

Transport for London says that it expects "Games family" traffic to be 1,300 vehicles an hour. "It's not going to be one VIP every 20 minutes," a spokesperson for the organisation told the Guardian.

Conservative MP and former transport minister Sir Peter Bottomley is a signatory to the early day motion and says he believes cyclists would not disrupt the use of Games Lanes.

He said: “If a bus is in front of an approved car, yes, they are going to be held up. If a lorry is in front of them, they will be held up. But if it's a cyclist it isn't difficult to get past. I don't see why cyclists should be forced into one of the remaining lanes with all the other traffic, which would be dangerous.”

The motion in full reads:

“That this House recognises the outstanding development and success of professional cycling in the UK over the past 10 years, as well as the welcome growth of amateur cycling in the UK; but raises concern about the logistical impact of Olympic Games Lanes on the daily commute of cyclists; and calls on Transport for London (TfL) to monitor on a daily basis whether cyclists need to be excluded from the Games Lanes which will exacerbate congestion and send the wrong message about the importance of commuting by bike.”

Subscribe
2012 Olympic Games
Games Lanes
Get Ahead of the Games