A range of Marin road bikes will be available in the UK for 2013, including a carbon model that features a sub-900g frame.

California’s Marin are best known as a mountain bike company although they’ve been producing road bikes for years – it’s just that not many have been imported into the UK before. Next year there will be five road models in the line-up.

The Verona is the top-of-the-range road bike. These pictures, by the way, are of a pre-production model. The cables will run internally on the real thing, for example, and the decals will be tidier, but this gives you a general idea of what the bike will look like. 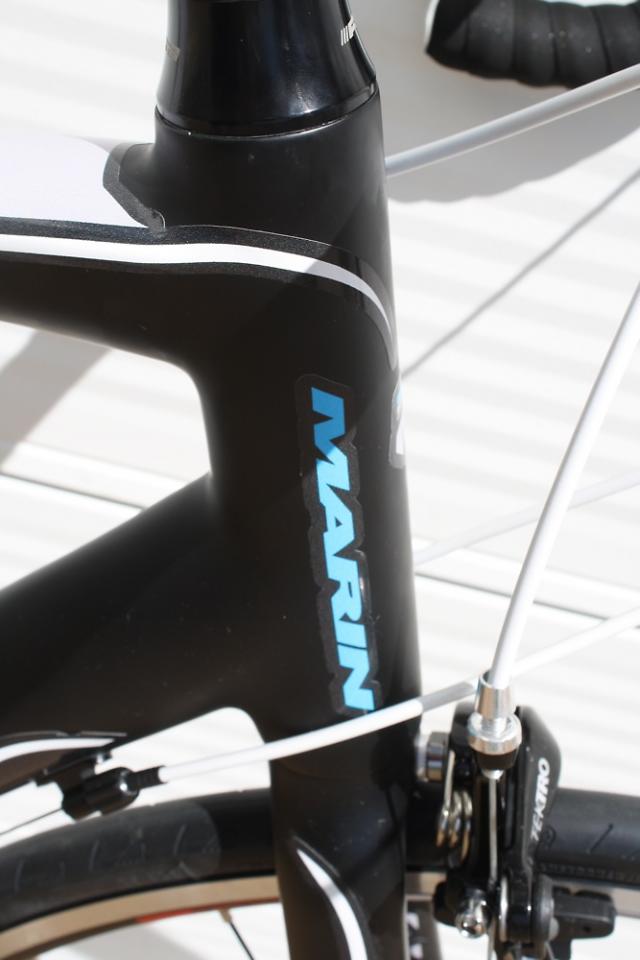 The Verona is a tube-to-tube (Marin call it T3) construction. In other words, rather than being formed in a mould as a monocoque, the frame is built from tubes of carbon-fibre. Those tubes are mitred together – there are no lugs – and the joints are wrapped in more carbon. 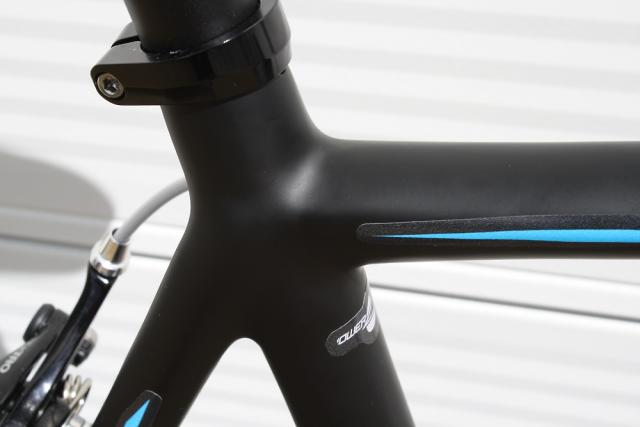 It’s a more labour-intensive process than making a monocoque but Marin say that they do it because the compaction of the carbon and resin in the walls of a tube is better than can be made in a monocoque’s mould, so they can get a higher strength and a lower weight.

This sample bike has a wide-diameter seat post but the Power Taper seat tube on the production model will slim down along its length it’ll come with a skinny 27.2mm-diameter post for more comfort. 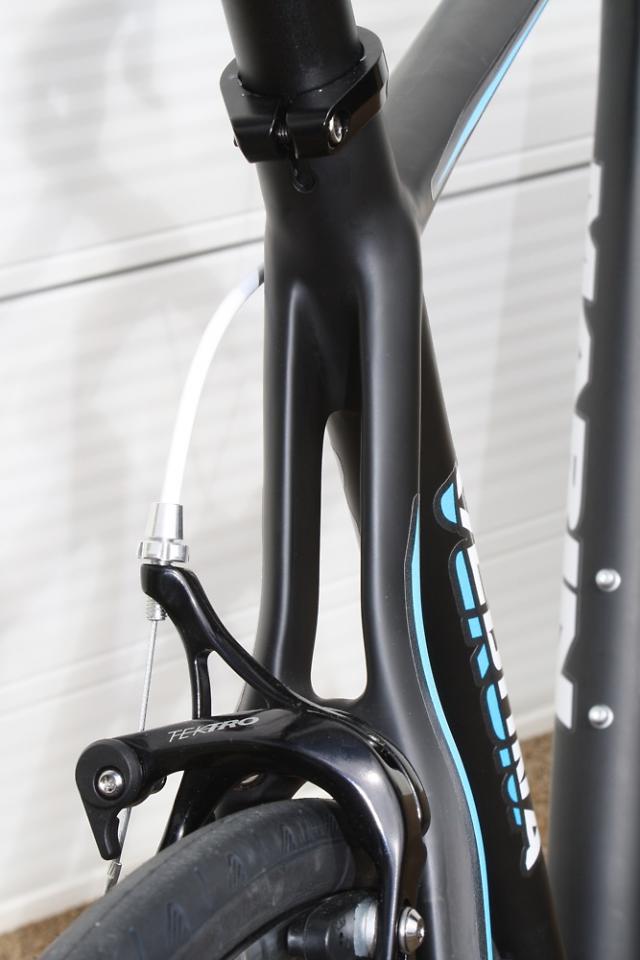 Speaking of comfort, those arcing seatstays are designed to neutralise road vibration – Marin call it their RVS (Rapid Vibration Suppression) system. The section at the top of the seatstays where the twin tubes run parallel to one another looks a lot like the design on the Cyfac Gothica CS that we reviewed recently. At the other end of the bike, the head tube is 1 1/8in at each end while the bottom bracket is external.

The Verona is built to Marin’s Endurance Fit. That means it has a slightly taller head tube than normal, a longer wheelbase and a stable fork. So, for example, the medium sized model comes with a 52.5cm seat tube, a 55cm effective top tube and a 170mm head tube. The wheelbase is 100.5cm. 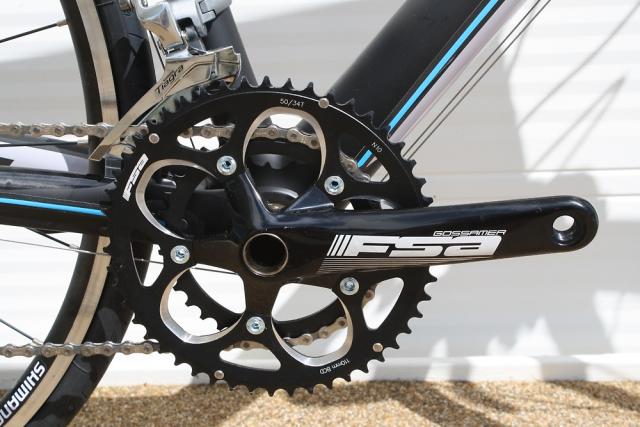 The groupset is Shimano Tiagra with Tektro’s R340 dual pivot brakes and a compact FSA Gossamer chainset. The wheels are Shimano’s R501s.

Here's a video of the Verona in action. The rider, by the way, is a bloke from Huddersfield called James who works for Marin in the US. 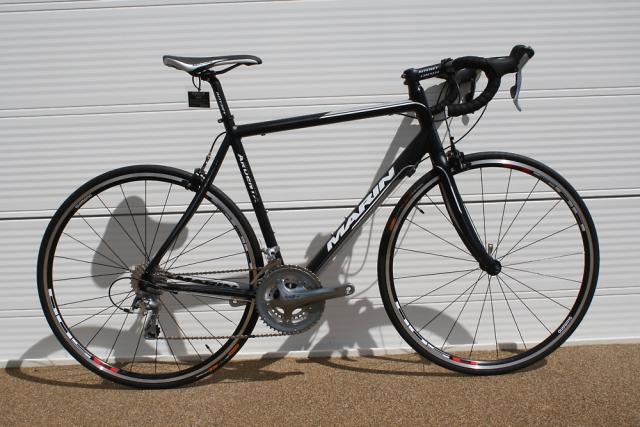 The other four road bikes that Marin are bringing into the UK next year are all built around double-butted 6061 aluminium frames, including the women’s-specific Ravenna, and they all get that Endurance geometry. 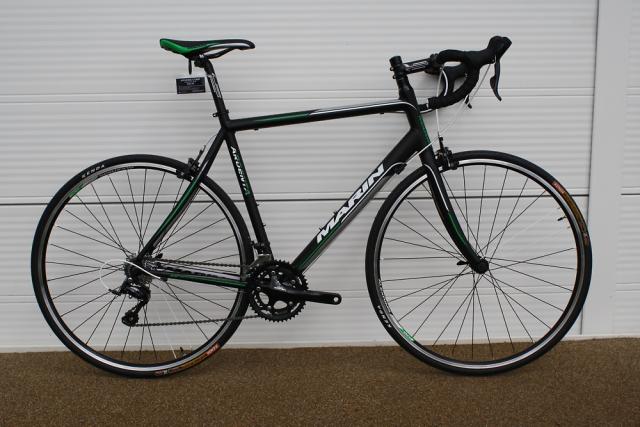 The Argenta Comp, for instance, looks like a good buy at £699.99. It comes with a carbon blade/steerer fork and a largely Shimano Sora 9-speed groupset. 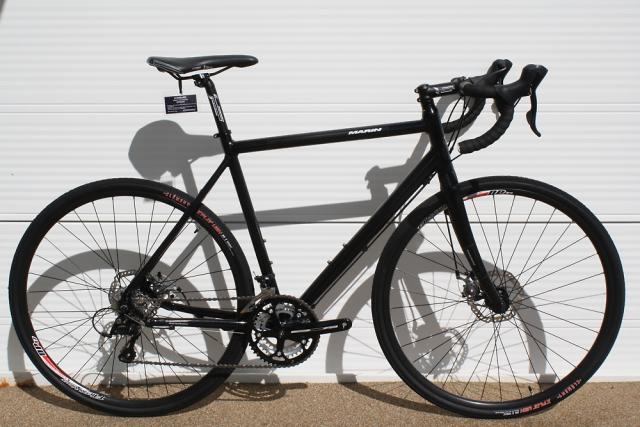 The other bike that’s worth checking out is the Lombard, a cyclocross machine. Marin recognise that this bike is likely to spend more time on urban roads than on mud, hence the 3M decals on the frame and fork. You can make out from the pictures that they reflect the light so they’re going to be highly visible at night. 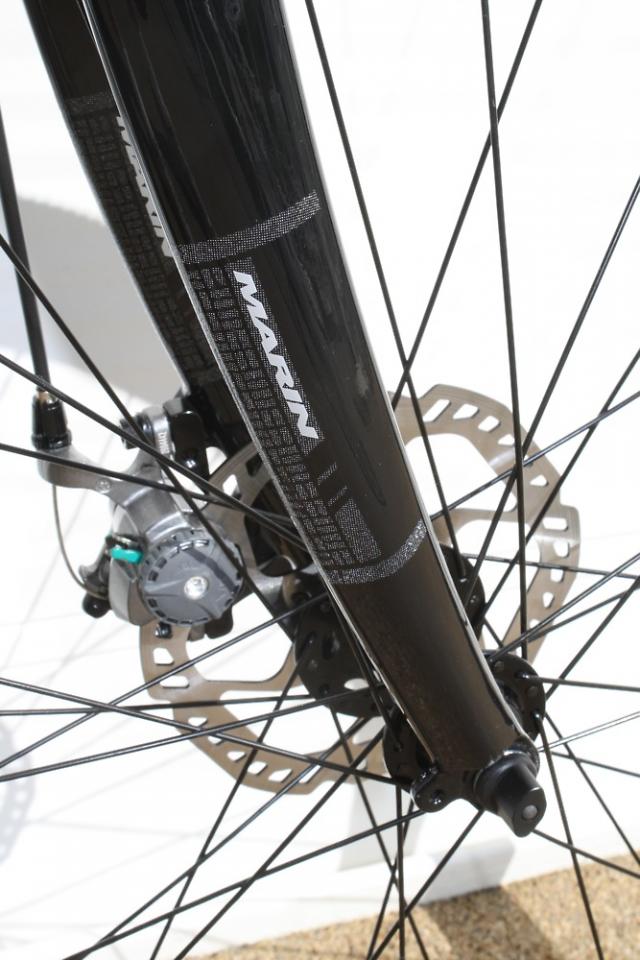 The frame is made of double-butted 6061 aluminium with a carbon fork and mudguard eyelets. It runs on a 9-speed Shimano Sora groupset with cable-operated disc brakes from Promax. Marin give the Lombard’s weight as 23.75lb (10.8kg)and it’ll set you back £775.