The Welsh town of Abergavenny turns itself over to two wheels this weekend, July 13-15, as it plays host to the appropriately-named Abergavenny Festival of Cycling.

Highlights include a pro criterium on Friday evening, the Iron Man Sportive on Saturday and the Tour of the Black Mountains sportive on Sunday, making for what's set to be a packed weekend of cycling.

Friday's race event is the Wales Open Criterium, the 4th round of the British Cycling Elite Circuit Race Series. Organisers promise “non-stop action on the Abergavenny streets as the fast and skilful racing unfolds.”

Among the riders to look out for will be current series leader and last year’s runner up, Graham Briggs of the Raleigh-GAC team, who have been the team on top so far in the series. He’ll have to fight off competition from last year’s Wales Open Criterium winner Dean Downing from Rapha Condor Sharp and the newly crowned 2012 National Criterium Champion Scott Thwaites of Endura Racing.

Racing will be contested over laps of the clockwise town centre circuit that starts and finishes on Nevill Street outside the headquarters of Get Connected, who are title sponsors for the fourth successive year, before turning right after the Kings Arms onto Tudor Street.

It’s not just the professionals who’ll be in action though as earlier on in the evening youth riders from local cycling clubs will also be racing, before a Carnival Parade race and Traders' Race featuring local businesses.

The Iron Mountain sportive on Saturday July 14 starts and finishes in Bailey Park and is followed by the Party In the Park in the afternoon.

The 100-mile route was used in the 2009 national road race, and includes the legendary climb of "The Iron Mountain", aka "The Tumble".

A shorter 50 mile sportive and a leisure ride of 19 miles are also available, for all abilities, including families that want to enjoy a great days cycling on quiet roads with stunning scenery. 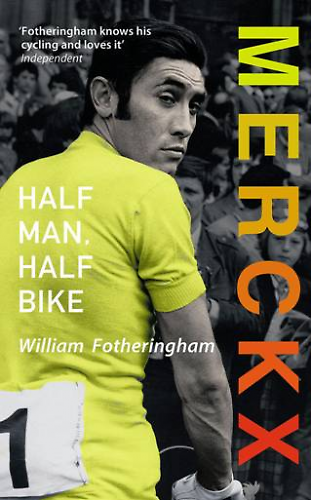 An illustrated talk by top cycling journalist and author William Fotheringham about the incredible Eddy Merckx. It's a brave man who'd argue that Merckx wasn't the greatest cyclist ever. He didn’t just beat his opponents, he crushed them. But his triumphs only tell half a story that includes horrific injury, a doping controversy and tragedy.

For William Fotheringham, the burning question remains, why? What made Eddy Merckx so invincible? The result is this extraordinary and definitive story of a man whose fear of failure would drive him to reach the highest pinnacles before ultimately destroying him.

William Fotheringham writes for the Guardian and Observer on cycling and rugby and has reported on over twenty Tours de France. He is the author of Fallen Angel, Roule Britannia, and Put Me Back on My Bike.

Rob Penn writes for the Financial Times, The Observer, Sunday Times and Conde Nast Traveller, as well as a host of cycling publications. His book It's All About the Bike: the Pursuit of Happiness on Two Wheels was a Sunday Times bestseller.

Tickets are £4.50 from Abergavenny Borough Theatre – Box Office 01873 850805 or www.boroughtheatreabergavenny.co.uk

Now in its sixth year, the Tour of the Black Mountains has a reputation as a had day out through glorious Welsh scenery. It features a number of ride distances to suit most levels of fitness and ability - from challenging 63 mile to the very hard 120 mile route.

In 2008 the Black mountains route was used as the last training ride by by Sharon Laws before she departed for the Beijing Olympics. and in 2010 representatives from Endura Racing and Rapha all took part as part of their build up to the Tour of Britain.

For more information on all events see www.abergavennyfestivalofcycling.co.uk.