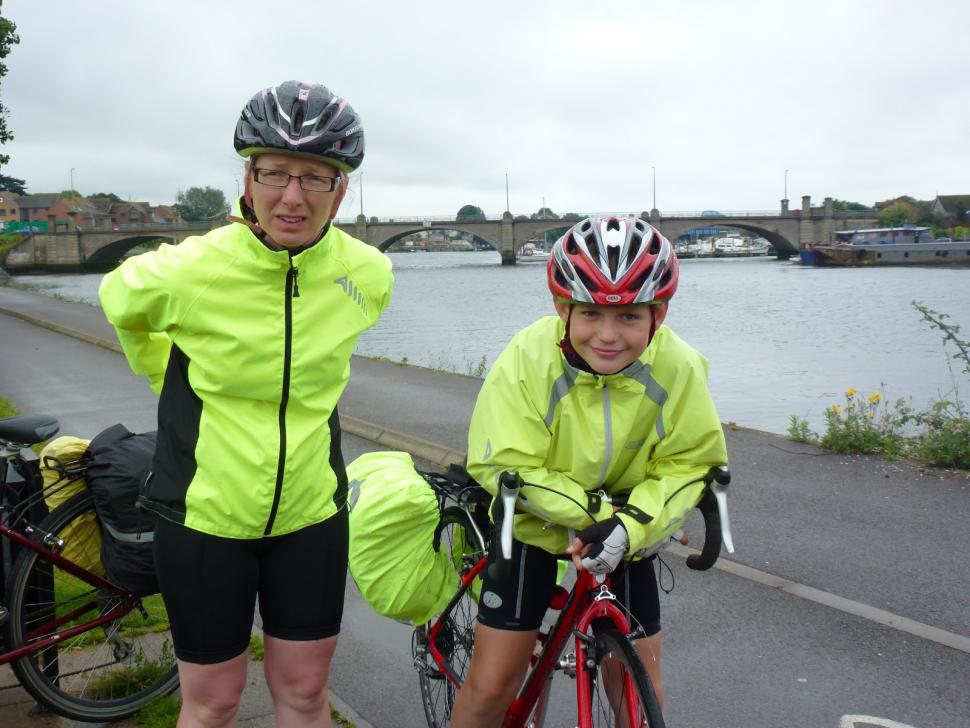 A 12-year-old boy who is raising money for charity by cycling 2,012 miles around the country's Olympic venues stopped in at his school for a breather as he made his way to the Olympic Park in London.

Jake Phipps, who set off from Glasgow on the 9th June, will reach the Olympic Stadium on July 18th, although he's on borrowed time now having had to take two days off due to an ankle injury that left him needing stitches.

Jake has given himself just 40 days to complete the journey, accompanied by his mum Nic and family friend Philip Woods.

Nic told the Evesham Journal: “After a really windy ride into Evesham, we got into St Richard’s just before lunch and Jake was able to talk to the year three and four groups in assembly time and also do a collection.

“After that we pedalled into an increasingly strong wind to Bredon Hill Middle School. The reception was absolutely fantastic. Jake’s year were waiting for him at the school gates and gave him a huge cheer as we cycled into the school. It was quite emotional.”

The ride, raising money for Action for Children and Access Sport, has already taken in St James’ Park in Newcastle, Old Trafford in Manchester, Coventry City Stadium, the Millennium Stadium in Cardiff and the Weymouth and Portland Sailing Academy.

Hornby Hobbies donated £1,000 to Jake’s nominated charities and gave him kit to wear on his challenge.

Multitalented Jake writes on his blog: "I don't just like cycling. I like rugby, hockey and other sports too. I am just about to start doing Tae Kwondo. I hope it will make me fitter and stronger by June!"

To read more about Jake's adventure and to sponsor him, click here.