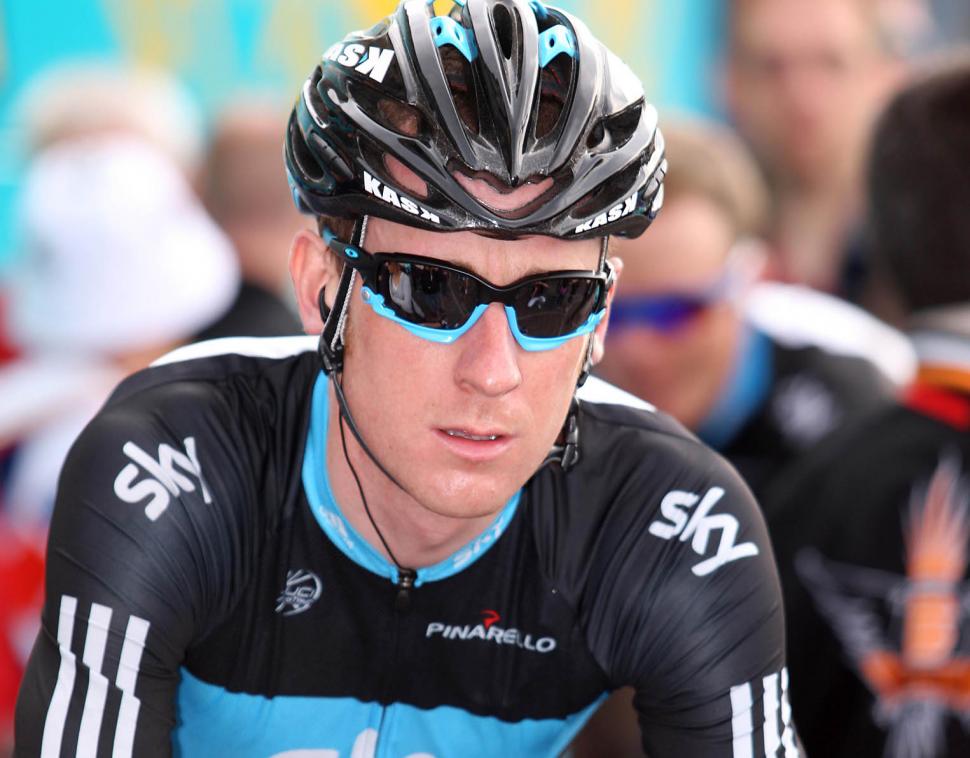 Team Sky has announced its line-up for the Tour de France which starts in Liège a week on Saturday and it’s one that is firmly built around Bradley Wiggins’ maillot jaune ambitions as he seeks to become the first British rider to win the race, which will see its 99th edition this year.

The nine-man team appears firmly weighted towards supporting Wiggins in the mountains rather than Mark Cavendish in the sprints, unsurprisingly given that the world champion had himself acknowledged earlier this week that winning the Olympic road race was a bigger priority than defending the green jersey he won last year.

Joining Cavendish and Wiggins are the core of the team that supported the latter when he successfully defended his the Critérium du Dauphiné title last month, which together with victories earlier this year in Paris-Nice and the Tour de Romandie, have seen him installed as favourite for the Tour.

A full commitment to getting Cavendish to the final stage in Paris in the lead of the points classification would likely have meant the inclusion of a sprinter such as Chris Sutton or Ben Swift to join Boasson Hagen, himself the winner of two stages last year, as potential leadout men.

While the press release announcing the line-up does mention Cavendish “looking to defend” the green jersey, the make-up of the squad confirms that isn’t the priority in the three-week race, which features more than 100 kilometres of time trialling and fewer summit finishes than has typically been the case in recent years.

The former gives Wiggins an opportunity to put significant time into his rivals, while the latter limits the opportunities for some of the pure climbers who are less strong against the clock to claw time back.

“I’m really proud to be part of such a strong unit going into the Tour de France,” said Wiggins, who crashed out of last year’s Tour de France with a broken collarbone at the end of the first week.

“The team’s preparation has been perfectly managed and our form this season gives us a great chance of being successful,” he continued.

“I’ve been waiting for this moment for a long time and I’ll do everything I can to win the Tour de France. Hopefully we can do the business for ourselves and our fans, and become the most successful British-based cycling team ever.”

Wiggins’ exit from last year’s race came 40 kilometres from the end of Stage 7 into Chateauroux, a day on which Cavendish, then with HTC-Highroad, claimed his second stage win of the five he would take last year. His total now stands at 20, including three consecutive wins on the Champs-Elysees, where he has never yet been beaten.

"It's a dream to ride for a team that holds so much British interest and has a chance to win the yellow jersey,” said Cavendish.

“I know the push for the GC podium will make it more difficult for me to repeat the success I've enjoyed the last few years.  But I'll compete and - as always - I'll dedicate myself to making it a successful Tour for Team Sky and, let's hope, for Britain.”

Following the loss of Wiggins’ 12 months ago, Team Sky changed their focus to target stage wins, and one was duly delivered on Stage 17 from Gap to Pinerolo by Boasson Hagen, who had earlier won the sprint in Stage 6 in Lisieux.

“I’m really looking forward to riding the Tour. It’s the biggest race of the year and we have entered a very strong team, so it’s going to be great to be part of,” said the Norwegian all-rounder, who is likely to be assigned a key role supporting both Wiggins and Cavendish, depending on the stage in question.

“Bradley is a fantastic leader and we all have faith in him to produce a really strong ride. It’s the same for Cav, he’s the best sprinter in the world and my role will be helping them both out as much as I can,” he went on.

“If I get the opportunity to go for stage victories myself, I’ll definitely try to take them, but I have a role in the team to fulfil and anything other than that will be a bonus.”

Team Principal Dave Brailsford, who as Performance Director of British Cycling will also have one eye on the Olympics, with the road race taking place less than a week after the Tour finishes, said: “Deciding our final nine was a very tough challenge because we are blessed with a great depth of talent in our squad.

“We believe we have picked a strong and balanced team though, and one which can cater for any eventuality,” he continued.

“Our priority this year is the General Classification with Bradley but that doesn’t mean we’ll neglect the sprint stages, or Mark’s bid for green jersey.

“Chris, Mick, and Richie are among our strongest climbers and will all be there to support Bradley in the mountains, but then we’ve got riders like Christian and Kosta [Siustou] who have strong engines on the flats, and versatile riders like Edvald and Bernhard who can support Mark in the sprints.

“This squad is truly world class with a proven pedigree of success,” he added. “They have trained, raced and lived together since the start of the season and that has moulded them into a well-oiled, focused and close-knit team.

“They are all full of confidence after their recent run of results and it’s going to be exciting to see how the race transpires.”