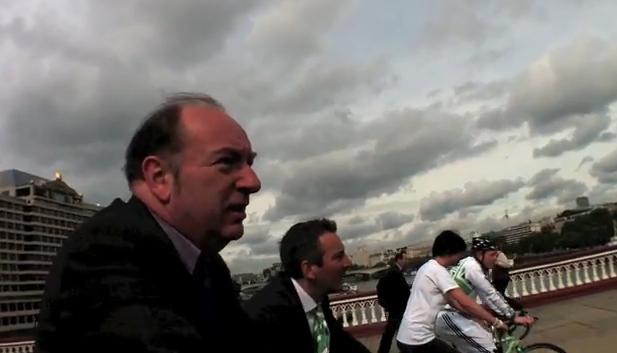 A new cycle route across Hove was opened yesterday, safely linking the two sides of the city and slowing traffic in the area.

Councillor Davey said that the scheme would help encourage more children to cycle to school, the Brighton and Hove News reported.

He said: “This is a key facility in our overall programme to make Brighton and Hove a city fit for cycling.

“With more people cycling in the city each year and, in order to encourage children and young people to walk or cycle to school, we must do all we can to make sustainable and active travel a viable choice for people.

“The Old Shoreham Road forms a crucial east-west route across the city and will benefit people of all ages who will be able to use it for work and leisure as well as for getting to school.”

Councillor Kitcat said that the Old Shoreham Road scheme had stopped traffic speeding along the road. Before work started, he said, the average speed was 45mph despite the 30mph limit.

The Sustrans-supported cycle lane runs for 750 metres each way along Old Shoreham Road between Dyke Road in the east and the crossroads with The Drive and Shirley Drive in the west.

The new cycle lane is estimated to have cost £700,000 with Sustrans contributing £330,000 with Brighton & Hove council putting in £310,000 over two year from its Local Sustainable Transport funding - local businesses such as Legal and General contributed the rest of the funding. While that amount may look at first sight to be expensive when compared to the costs of building a road it is very modest indeed - according to Government figures from the last decade the average cost of a mile of single carriageway is £10m, a mile of dual carriageway £16m, and a mile of motorway averages £30m.