Olympic-up your bike to celebrate London 2012
by Mat Brett

3T are launching new London Editions of some of their components to coincide with the Olympics.

We first showed you some of the products when we spotted them at the Taipei bike show back in March. We’re so far ahead of the game, us. Now we have more details and prices.

So, the London Editions are, according to 3T, intended, “To celebrate the Olympic champions who have won on 3T bars in the past 50 years.” 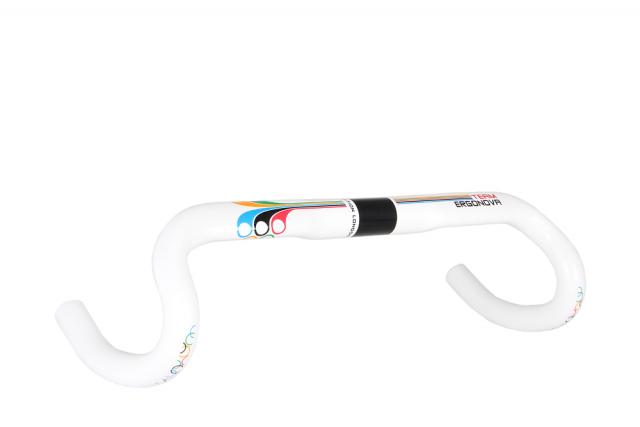 They’re all finished in high-gloss white with a motif that looks a lot like the Olympic rings… but isn’t. We’re not saying that’s to get around any issues the International Olympic Committee (IOC) might have with 3T using interlocking rings. We're not drawing any conclusions from the fact that they're called 'London Editions' and not 'London Olympic Editions' either. Well, actually, we are, although we could be wrong. 3T Team bars and seat posts are built in carbon-fibre while the Arx Team stem is 7075 T6 aluminium. The technical specifications of the London Editions are identical to those of the standard items although you have to pay a little more for the finish. The standard version of the 3T Ergonova Team handlebar, for example, is £199.99.

By the way, these pics are the ones supplied by 3T. It wasn't us who decide to shoot white components on a white background.

For more details on each of the items, head along to the website of 3T’s UK distributor i-ride.