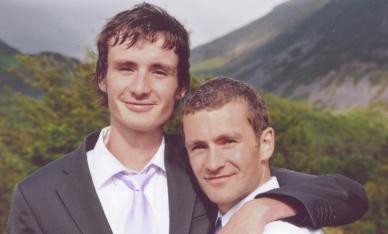 A ride in memory of two brothers from Cumbria killed riding their bikes in December 2010 attracted more than 250 cyclists last weekend, and has so far raised more than £6,000 for the charity RoadPeace, according to the Times & Star.

Christian Townend, aged 29, and his brother Nicholas, known as ‘Niggy’ died when they were struck by a coach driven by Robert Wightman, who is due to go on trial next month o charges of causing their deaths by dangerous driving.

Saturday’s event, called the Team Townend Pushbike Challenge, is now in its second year, with riders tackling routes of 22 and 42 miles, beginning and ending at Loweswater Village Hall and including the Newlands and Whinlatter passes.

Christian and Niggy’s mother, Ella, said: “It is a massive tribute to the boys to see this number of people turn out to honour their memory. It shows how widespread the support is for them.

“The bike ride seemed the most appropriate way to remember them and the event is something they both would have approved of. Cycling was their passion.

“It would be wonderful to match last year’s total, and RoadPeace have been a massive support to me personally and for the wider family offering advice and moral support.

“We are very grateful to all the sponsors and those who have supported us and offered very significant raffle prizes.”

Her two surviving sons, Richard and Robin, both took part in the ride, with the former, who is aged 28, saying: “It has been a fantastic day and exceeded our expectations.”

Robin, aged 25, added: “It has been an amazing turnout. It goes to show that Christian and Niggy touched a lot of hearts.”

One of the cyclists who took part, Jamie Law, commented: “I knew all the brothers and it is a shame that something like this had to happen for such a great event to be put on. It is good for the area and good for cycling.”

Another, Ian Hayton, said: “Niggy and I were close friends and at times he practically lived in my house. He would be proud of us doing this.”

Janet Farebrother, aged 65, who took part in the shorter ride, added: “Hopefully the event will promote a lot more safety on our roads."