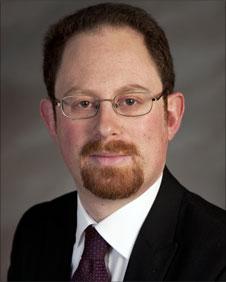 Dr Julian Huppert, Liberal Democrat Member of Parliament for Cambridge and co-chair of the All Party Parliamentary Cycling Group (APPCG) has been named MP of the Month by the magazine Total Politics as a result of his efforts to improve the safety of cyclists, including leading a packed Westminster Hall backbench debate on the issue last month.

Politicians and journalists voted Dr Huppert to take the accolade, with the magazine’s editor Ben Duckworth saying that appreciation expressed by transport minister Norman Baker for the way he has helped raise the issue of cycle safety had been influential in his selection.

“When you get a minister thanking you, you know you’ve done well and can push for further progress,” he commented, quoted by cycle trade website BikeBiz.

The magazine has a readership of 23,000 including members of both chambers at the Houses of Parliament, MEPs, local councillors, journalists and others involved in politics.

Dr Huppert, who is now understood to be pushing for a meeting with Prime Minister David Cameron to follow up on the points made by dozens of MPs across all parties at the Westminster Hall debate, said: “I am delighted to win this title for a campaign which is so important to cyclists across the country.

“This was clearly demonstrated by the attendance at the debate and the number of cyclists who turned up to the rally beforehand.

“But this is only the beginning. There is so much more that needs to be done if we are to protect cyclists and encourage others to see cycling as a viable means of transport.

“Cycling brings so many benefits and I will continue to push our government to invest in cycling infrastructure and safety measures to make it safer.”

Aged 33, Dr Huppert has lived in Cambridge nearly all his life, including while studying for his undergraduate and postgraduate degrees, and is a research scientist by profession, specialising in DNA, and a fellow of Clare College.

Elected to Parliament in the 2010 general election, his interests in politics, besides cycling, include human rights – he formerly sat on the national council of Liberty – and he has campaigned against tuition fees and nuclear weapons. Previously, he spent eight years as a county councillor in Cambridgeshire.