Taipei was full of weird and wonderful stuff, and a great introduction to the murky world of the OEMs (Original Equipment Manufacturers). Follow us down the rabbit hole for a tour of some things you won't see again… CKT didn’t stand out at first look - just another brand I hadn’t heard of, I thought - until I saw the VC La Pomme sticker and livery. VC La Pomme Marseille is one of those French clubs, like Athlétic Club Boulogne-Billancourt, that races at the very highest level and has a reputation for turning out pros - including Nicolas Roche, Remi Pauriol, Remy di Gregorio and Fumiyuki Beppu in the current peloton. 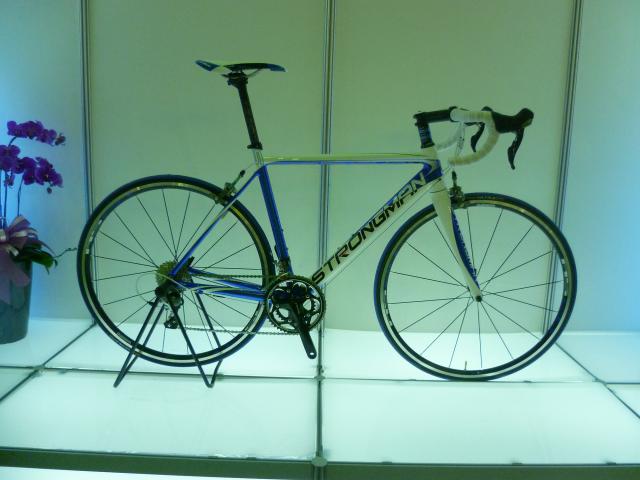 Really a strong look? I’m not so sure. 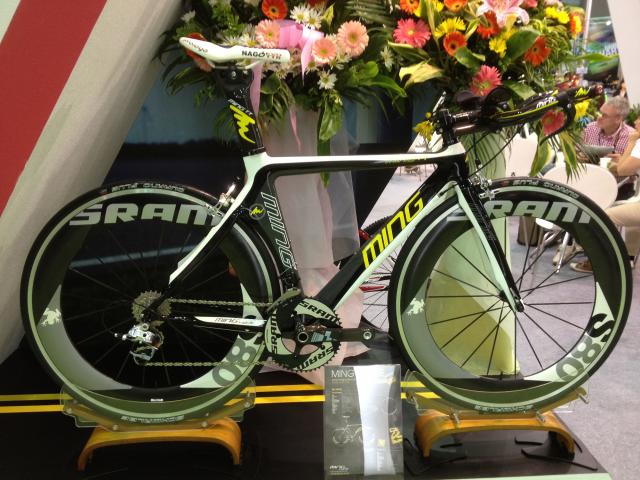 Hmmm. Well yes, you do really, don’t you. 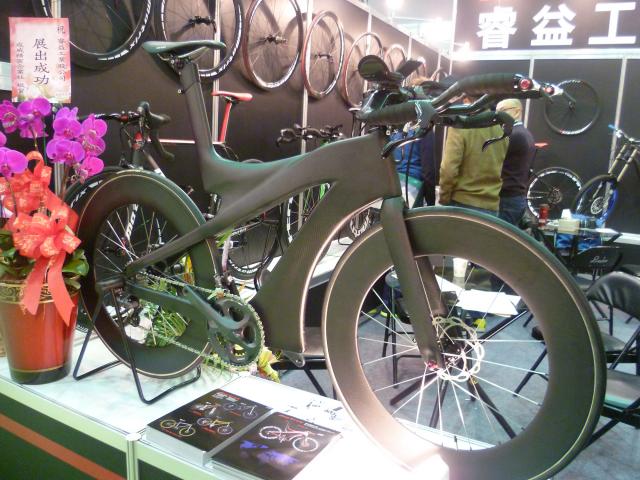 Words fail me on this Matrix 'design'. On what had to be the worst-lit booth out there, a hipster fixie belt drive track bike. Ideal for some. 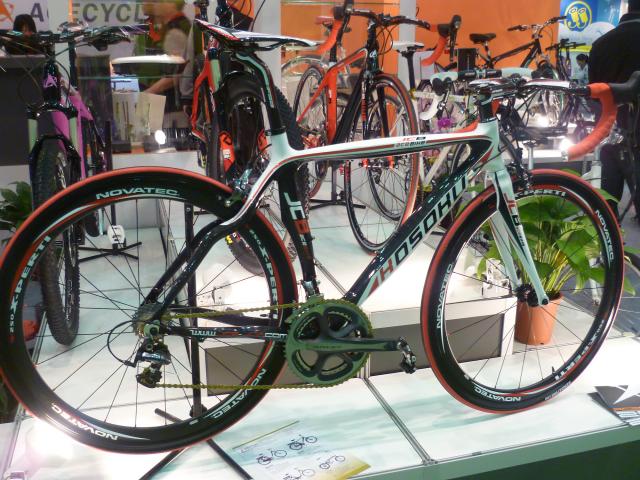 Now these were really odd. Given that branding is, essentially, all these companies have, they’re not doing a great job. I mean, Kosoku, Fairly, Ming… they’re no Keith, are they? 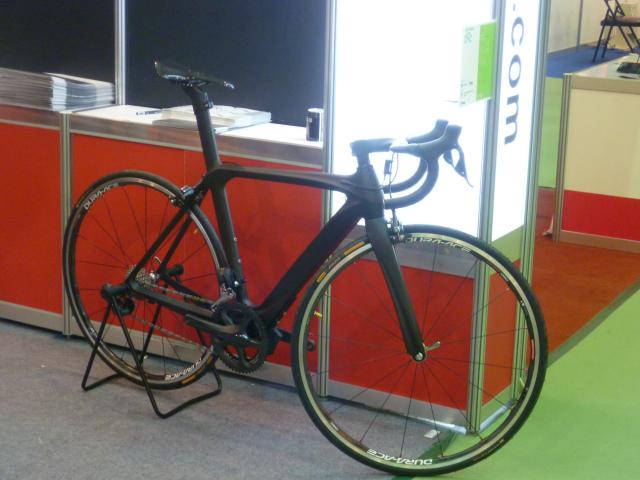 Doubtless not too far divorced from these brands were the OEM carbon manufacturers touting for business. Basically, these guys will design you a frame, or sell you a pre-existing frame out of a mould. This bike, with your name on it, for a nice price. 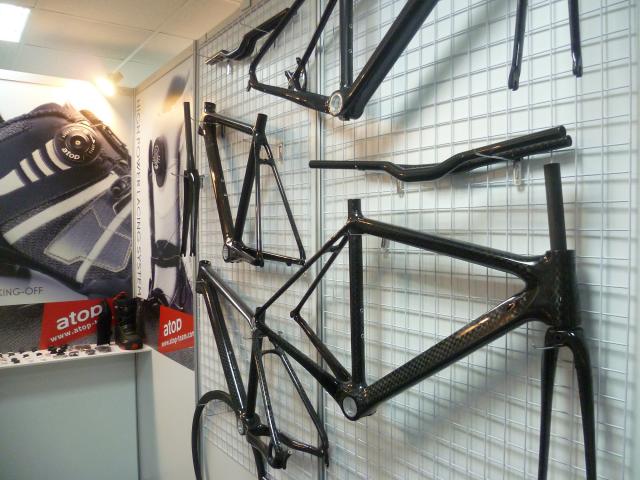 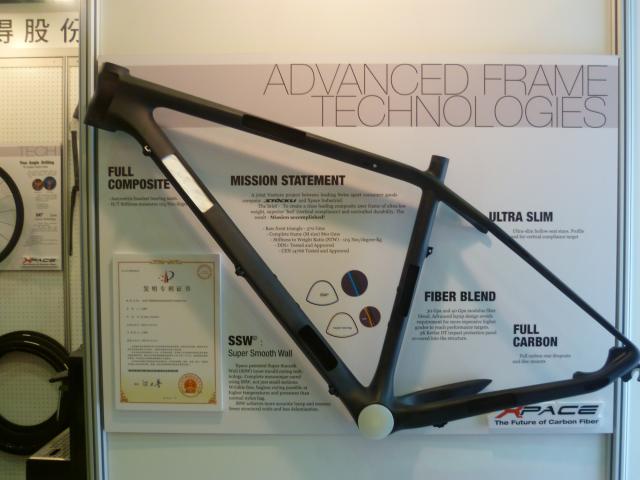 You want carbon, we got carbon. Any colour as long as it’s black. Cian Fa Pipe Industry and Top Fire Carbon frames both had nice and economical (read: cheap) booths on the top floor, and seemed to be doing a roaring trade. Down on the main floor, there were  bigger OEM players, who road.cc heard doing business for 200 frames with some extremely reputable North American bike companies.

That’s not casting aspersions - it’s simply how frames get built. While it’s not quite as simple as (I imagine it is) at the beer factory, where if you turn the tap one way you get Heineken and the other you get Carlsberg, the majority of carbon frames come from Far East suppliers, with many different brands’ product coming out of the same factory. Of course, there are many different factors that make a good frame, and carbon quality and lay-up are two of which, were you just to take any old frame from one of the stands, you'd have no idea as to the quality.

Much of the high-end carbon production started in Taiwan, and most of it still resides there. Some moved to China, but mainland costs are going up, so it's now creeping back again. Some brands are open about it all, while others still stress the ‘European’ heritage of their Taiwanese frames. Like it or not, this is they way it is. Business was so brisk at Xpace that they were all in the back room, bartering.

There was also, as you can imagine, a brisk trade in lower-end stuff, ranging from nicely shaped aluminium tubes to, let’s be honest, complete toot. 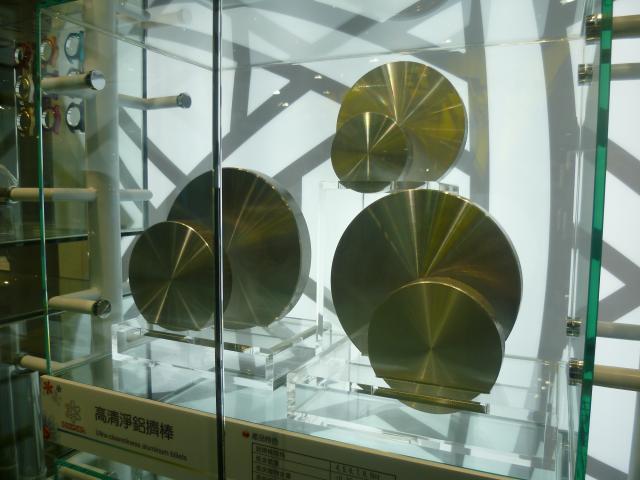 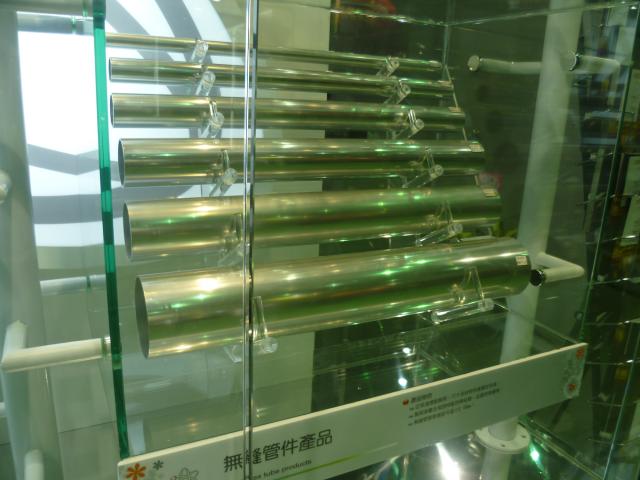 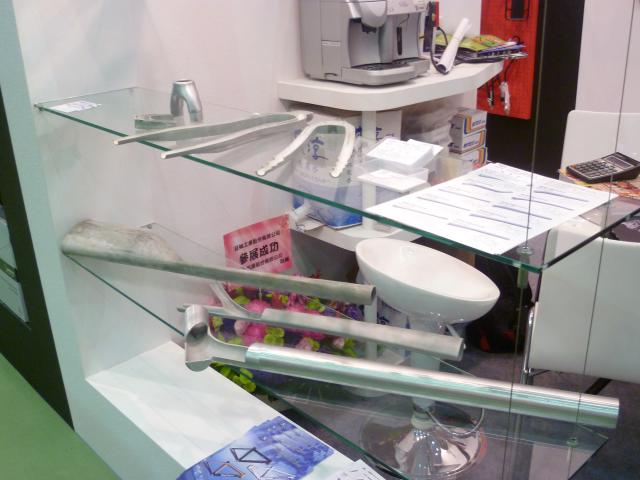 We can give you billets to extrude yourselves. Or tubes, we got tubes. We got straight ones, curvy ones, coloured ones, tubes to hit people over the head with. And iPhone cases. Oh, what, this is a bike show? Sorry. 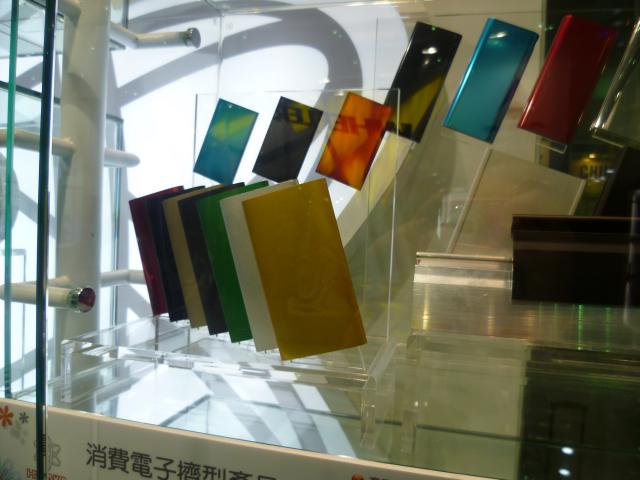