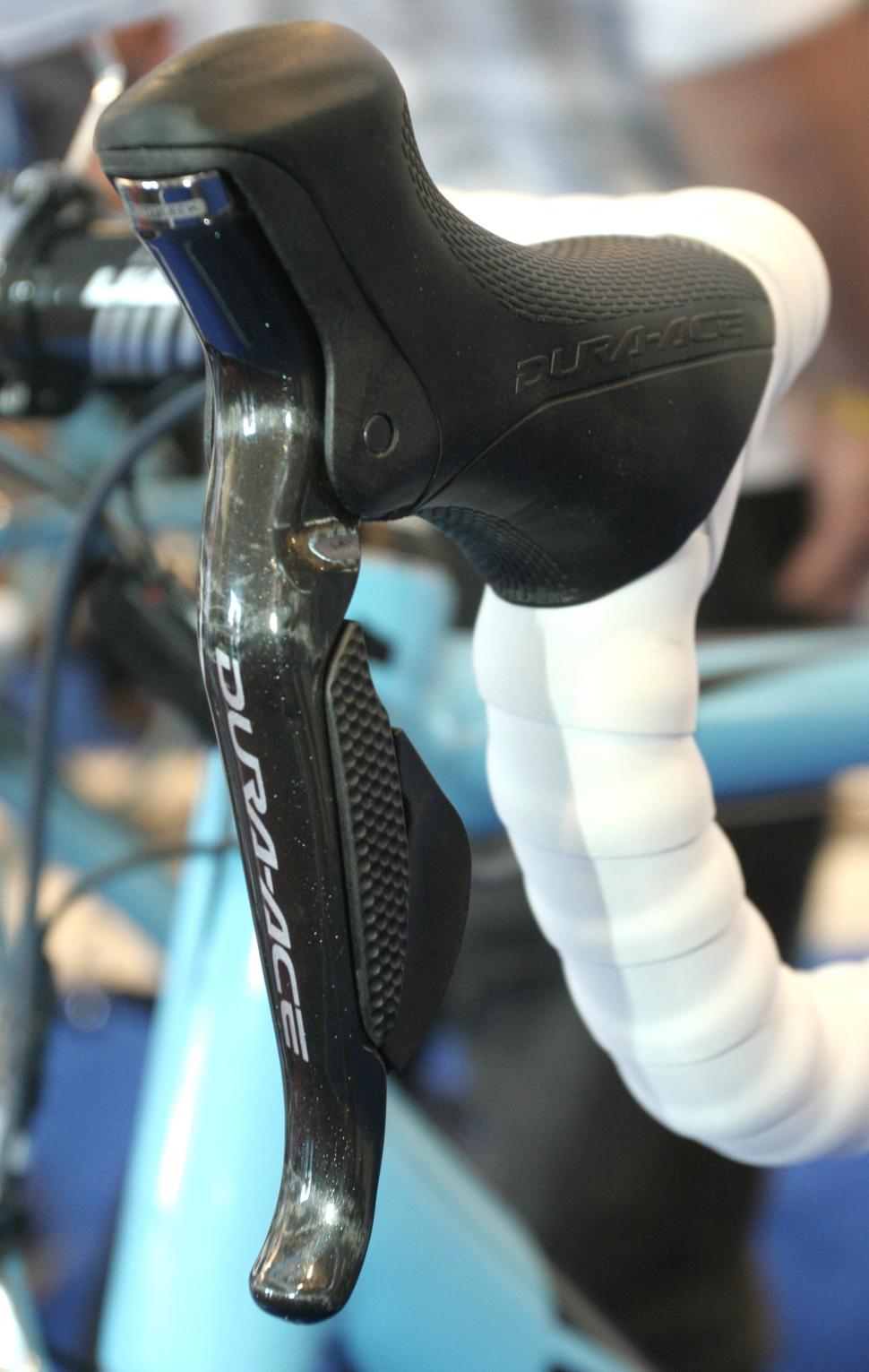 Who's riding wired, who's staying with cables
by dave atkinson

We've just had a press release in from Shimano outlining who's got the electronic Shimano Dura Ace Di2 gear on their bike and it makes for interesting reading.

Where time trialling is involved there seems to be little dispute: of the five teams running the electronic gear, four have Di2 on the TT bikes of all nine riders.

This is no great surprise as the one definite advantage of the electronic switchgear is that you can position the shifters wherever you need them, and have more than one: perfect for a TT bike. It's for this reason that many riders continued with some of the previous electronic systems for time trialling long after they'd died out elsewhere.

For the road stages it's a different story. Four of the five teams have three riders on Di2, with the fifth (Skil Shimano) having four. The riders are completely free to choose between Di2 and the Dura Ace 7900 mechanical system, so it seems that despite the wired system being extensively tested and race proven, it's not unversally accepted as being superior at the moment. The adventurous Brits are among the early adopters though, with Bradley Wiggins and David Millar both opting for electronic shifting with Cav opting to stay with cables.