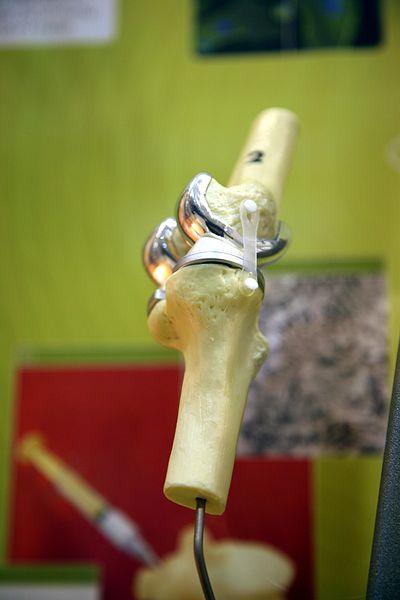 Patients at a hospital in Dorset who are suffering from problems related to their joints are being prescribed cycling as a way of heading off the onset of conditions such as arthritis and reducing the need for hip replacement operations.

According to Rob Middleton, consultant and orthopaedic surgeon at the Royal Bournemouth Hospital, cycling on a regular basis can prevent muscle wastage as delaying the onset of arthritis and reducing its effects, reports the Bournemouth Echo.

At a lecture at the hospital this week, Mr Middleton outlined the findings of a trial conducted there that saw patients cycle for 30 minutes a day on either a static or a moving bicycle.

One of those who attended the talk, Lindley Owen, who is a consultant in public health for Bournemouth and Poole Primary Care Trust, said “It was a groundbreaking lecture, the most interesting I have heard for 20 years.”

Mr Middleton, whose reveals on his website that he regularly takes part in sportives, explained that while osteoarthritis is often thought to be an issue relating to cartilage and bones, it could also be considered as one related to the muscles.

He cited that one study had found that rabbits that were allowed to exercise freely did not develop arthritis, while those that were prevented from exercising did.

The consultant added that while professional cyclists regularly displayed signs of arthritis, it was only once they had retired from competition and reduced their levels of exercise that they tended to suffer the pain characteristic of the condition.

According to Mr Middleton, engaging regularly in non-load bearing exercise will prove more beneficial than the use of stem-cell treatment or nanotechnology for repairing joints.

Mr Owen, whom the Bournemouth Echo described as ‘a keen cyclist’ told the newspaper: “The implications of what Rob Middleton is saying have enormous impact, not just for people, but organisations that deal with health care.

“Hip replacements are now the most common operation in the developed world and this could save thousands.

“You won’t see a major change in the NHS on the back of one trial but you will have evidence backing up the idea.

“I have heard a lot of lectures in my time and it’s not often I get excited any more, but the lecture was ground breaking.”

An article on the Lance Armstrong Foundation’s Livestrong.com website highlights a study by US governmental health body the Centers for Disease Control and Prevention (CDC) that found that regular cycling was effective in helping prevent osteoarthritis and dealing with its effects in sufferers.

According to sports scientist Karen Hamby, cited in the article, "In comparison to other exercises, cycling is a relatively knee friendly activity that can help improve knee joint mobility and stability."

The charity Arthritis Research UK includes a wide variety of bike rides as part of its fundraising activities.

Not all medical professionals agree with the benfits of cycling when it comes to arthritis, however; as we reported two years ago, researchers at Iran's Tehran Medical University claimed that regular cyclists had a higher than average chance of contracting the condition in the first place.

1
167 cyclists – and just four drivers – fined in police crackdown during Tour Down Under
2
Van Rysel to launch seven new bikes, including high-end race models
3
The Cobble Wobble – a brutal 179-yard cobbled hill climb – is back after eleven-year hiatus
4
Father and son named as cyclists killed in suspected hit-and-run
5
"Our intention was not to hide these changes": Strava apologises for price hike controversy
6
Driver assaulted cyclist for questioning mobile phone use
7
Cyclist hit by truck driver has compensation cut after judge says lack of helmet contributed to injuries
8
Councillor calls for anti-bike barriers to prevent “dangerous” cyclists “zooming across” foot tunnel