James Bowthorpe is attempting set a new round-the-world cycling record by circumnavigating the globe in 150 days. He’s now in Australia, and has left Perth, pushing his way across the deserts of Western Australia, with his destination of Brisbane only 4,080 miles ahead.

After interviews with ABC radio and the local press, James set out from Perth on June 2nd. He immediately encountered rain and some strong breezes (it being winter in Australia, of course) but managed to find an excellent selection of pies in the various towns he rode through, so they kept his spirits up.

James began to appreciate the vast distances between the isolated towns of the Australian outback, and has been communing with nature at every opportunity. Sunsets are huge and yellow, he says, and he reckons to have actually measured the sky and found it to be bigger than any sky he has ever measured before….!

He’s also seen kangaroos, but out of the 15 he spotted, only three were alive. Such is the killing rate on those lonely roads. He also spotted the smouldering wreck of a ‘road train’ – an articulated lorry of huge proportions- that had caught fire, and had to be put out using soil because of the lack of water.

The nights in the outback are cold, but James is managing to cheer himself up by eating cheese slices by the campfire and reading Descartes. He’s now heading down to the south coast of Australia, from where he will work his way up to Brisbane.

James is doing this ride to raise money and awareness for research into Parkinson's disease. The total raised so far is £39,062.38 and he is 3 per cent of the way towards his goal of raising £1.8m. If you want to support James in his quest you can donate at his site www.globecycle.org, you can also follow his progress via live GPS updates at www.whereintheworldisjames.com (James has attached lots of pictures to the route too so that it is very much more than a line on a map) and he also has his own video channel on Youtube. 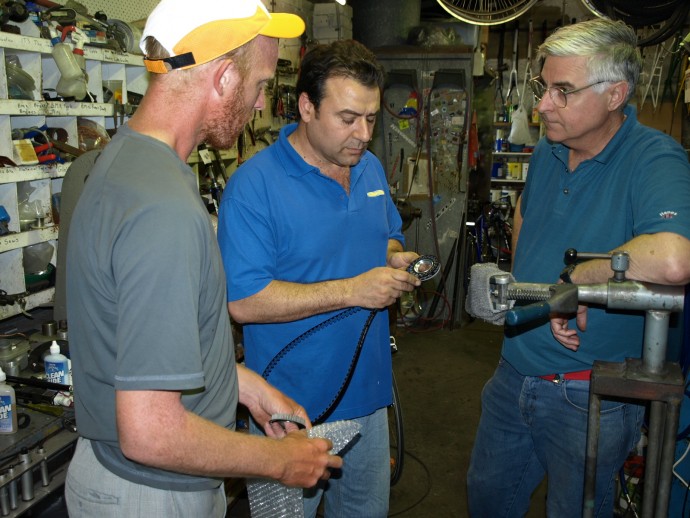