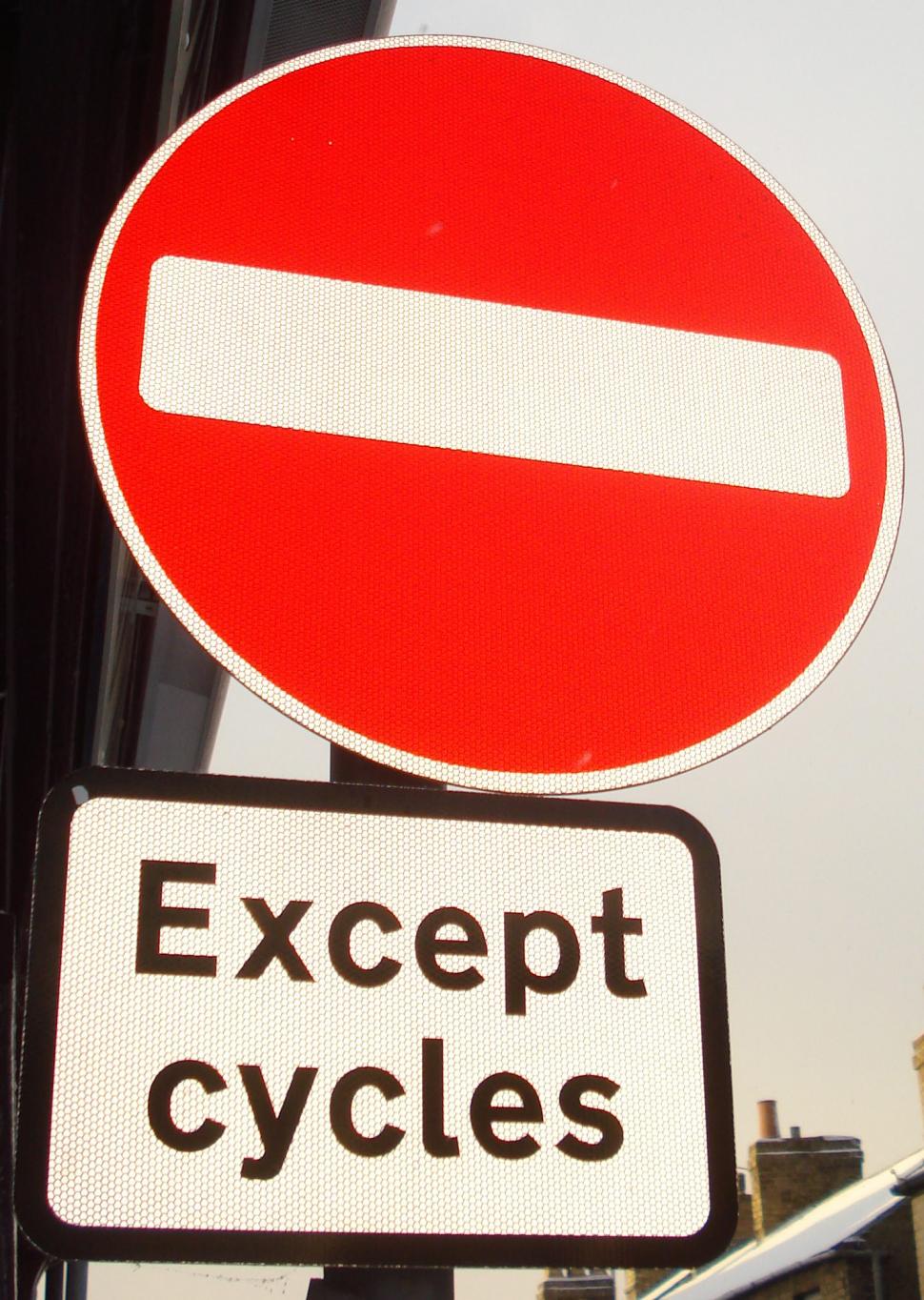 National cyclists’ organisation CTC has welcomed news from the Department for Transport (DfT) that it aims to make it easier for local authorities to install or amend road signage, as well as several other measures specifically relating to cycling, as part of the Traffic Signs Review announced by Transport Minister Norman Baker.

The review, which also paves the way for streets to be less cluttered with signs, is aimed at increasing safety on the roads and reducing the cost of infrastructure, with councils now able to affix an “Except cyclists” plate to a “No entry” sign, for example.

New signs and road markings for cycling make up a significant part of the repot, in recognition of the fact that more people are now choosing to ride their bikes to get around, with a range of measures being implemented to try and improve cyclist safety.

Those include ensuring that cyclists get through junctions safely, with Advanced Stop Lines (ASLs) highlighted as the best way of achieving this.

Current rules require that where there is a cycle lane, the cyclist is required to use that to access the ASL – a rule that few are likely to be aware of and we’d be surprised if it were ever enforced – but from now on, the ASL area can be accessed as the cyclist sees fit.

That measure is partly being introduced because of the danger posed to cyclists using cycle lanes of traffic turning left at junctions.
What the report doesn’t address though is perhaps the first thing that comes to a cyclist’s mind when thinking about ASLs – how to keep taxis, motorbikes and other vehicles out of them.

Other measures aimed at improving cyclist safety include the ongoing review of the use of “trixi” mirrors at junctions, making it easier for HGV drivers to spot cyclists, with the DfT authorising Transport for London (TfL) to deploy them across the Barclays Cycle Superhighway Network to continue to assess how effective they are.

Citing research that showed “significant support amongst cyclists for cycle lanes across junctions,” a new road marking will be allowed that indicates the cycle route more clearly than at present.

Following a trial conducted for the review of a “No entry except cyclists” sign in the Royal Borough of Kensington and Chelsea, which the DfT says is “a frequently requested sign through the authorisation process,” local authorities will now be able to put such instructions in place and introduce unsegregated contraflow cycle lanes without having to go through the lengthy approval procedure.

Other changes to cycle-specific signage will include ones being permitted to show estimated journey time by bicycle, instead of distance, in an attempt to encourage more people to use bikes for shorter journeys.

Finally, trials are to be authorised to allow cyclists to ride their bikes across zebra crossings in circumstances where these might form part of a continuous cycle route, as well as for proposed cycle-friendly measures at junctions such as pre-signals for cyclists, or cycle by-passes.

Chris Peck, Policy Co-ordinator for CTC, commented: “Local authorities will have the freedom to allow two-way cycling on quiet one-way streets with a simple sign change. This has long been common practice in Europe and is a safe, sensible approach to improving cycle access whilst reducing street clutter. The move to give greater local flexibility over signing may help make it easier for authorities to allow cycling where current regulations create a stumbling block.”

CTC pointed out, however, that some of the changes proposed will need existing regulations to be changed, a process not due to be completed until 2014 so until then, local authorities will still need to undergo the lengthy procedure of seeking special authorisation from the DfT for some signs and markings.