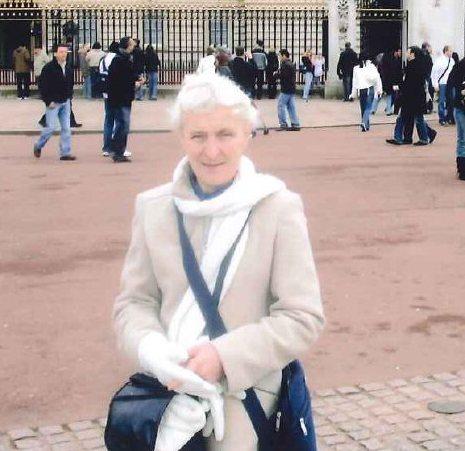 The family of a cyclist killed on Monday evening while riding along a country road in West Lancashire have paid tribute to her, reports the Southport Visiter.

Christine Favager, aged 69, died after she was struck by a Vauxhall Vectra as she cycled along Asmall Lane between Scarisbrick and Ormskirk. She is said to have ridden along that stretch of road on a regular basis.

In a statement, her family said: “Christine was a loving wife to Eric and mother to Andrew who will be very sadly and dearly missed.

“She was a very well-known member of the Ormskirk, Southport and Crosby Orchestras, as well as the Banks and Salvation Army Brass Bands. We all will miss you always.”

Mrs Favager is believed to have died instantly in the collision.

Richard Thompson, who works at Primrose Hill Nurseries on Asmall Lane was one of the first people on the scene and told the Visiter: “I heard a car screech and the impact and I ran to the road. I saw the lady in the field beside the road.”

A 19 year old man was arrested in connection with the incident on suspicion of causing death by dangerous driving and has been released pending further enquiries.

Inspector Damian Kitchen from the Lancashire Constabulary Road Policing Unit said: "This is a tragic incident and we are doing all we can to support the family of the lady involved. We need anybody who was in the vicinity between 7:30pm and 7:40pm to come forward and speak to the police.

"We are particularly keen to speak to the driver of a small hatchback, a Ford Fiesta or similar, who may have witnessed events at around the time of the incident to come forward."

1
Five cool things coming soon from Specialized, Zipp, Pirelli, Van Rysel and Selle San Marco
2
Near Miss of the Day 617: Bus driver pulls in on cyclist at hard-to-spot stop on mandatory cycle lane
3
Cyclist who rode 100 miles out of the saddle to repeat ride on Zwift to prove he wasn't lying
4
Annemiek van Vleuten celebrates after mistakenly thinking she won Olympic gold
5
Near Miss of the Day 615: Driver cuts up cyclist ... to park on segregated cycle lane
6
THREE chances to win an absoluteBLACK HOLLOWcage for your Shimano rear mech worth £519!
7
Leading American football coach killed after driver swerved into bike lane
8
Jacob Rees-Mogg used racist term in House of Commons during swipe at “lunatic” cycle lane plans