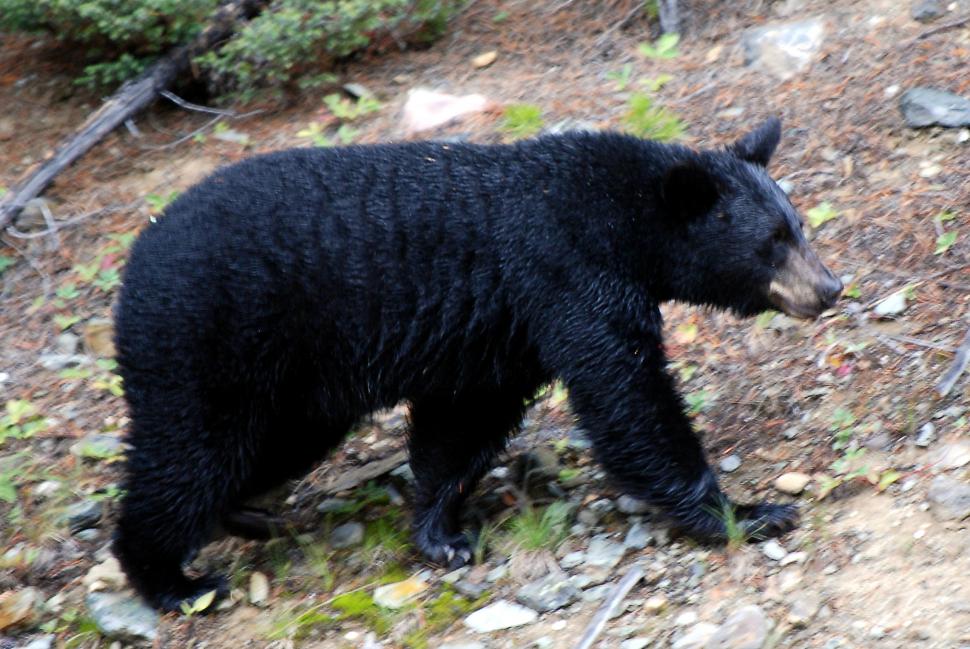 Here in the UK, animal encounters on a road bike don’t usually get much beyond averting your gaze from some gorily squashed roadkill or dodging the odd suicidal cat.

Things are different elsewhere as an incident that took place last week in north west Florida amply testifies. The North West Florida Daily News reports that on Thursday morning John Hearn, an employee at Tyndall Air Force Base near the state's Panama City, was broadsided and knocked off his bike by a black bear that was making a dash across the highway on which he was commuting to work.

A witness to the incident, Debbie McLeod, told the Daily News: “At first I didn’t know what happened. The bear was flying across the road from the left side to the right. I thought he was going to miss the rider, but then I saw the florescent coloured vest fly up in the air, and knew the bear hit him.”

The 20 stone creature was, it seems, momentarily disorientated, but quickly picked itself up and made good its escape. Mr Hearn told the paper he would have done the same had the bear not beaten him to it.

“As soon as I got hit I knew it was a bear so when I hit the ground I was ready to run,” he said. “Then I looked and the bear was already running away.

“It was like getting tackled by a furry, toned, boney body in football. The bear packed a pretty good punch.”

With road rash on elbows, hip and back and a damaged bike, John was given a lift to work by a passing motorist. He told the paper that since he started riding nine years ago he has been involved in two other collisions, both with cars and both within the last four years since he moved to the Panama City area.

“This is by far the worst damage done to my body and my bike,” he said. “We must’ve been going almost the same speed. But sadly, the bear didn’t have insurance so I can’t do anything about it.

“After my last two accidents it took me awhile to get comfortable on my bike again. I’m sure it will be like that now too.”

Although cyclist-bear encounters are virtually unheard of in this part of the US, they are more common elsewhere in North America particularly in the Pacific north west, Canada and Alaska where off-road riders have suffered serious injury and even death when attacked.

Lt. Stan Kirkland of the Florida Fish and Wildlife Conservation Commission told the  Daily News that there are over 3,000 black bears roaming the state, so for John and his bike commuting rehabilitation it might be a case of don’t let the bear stats grind you down.