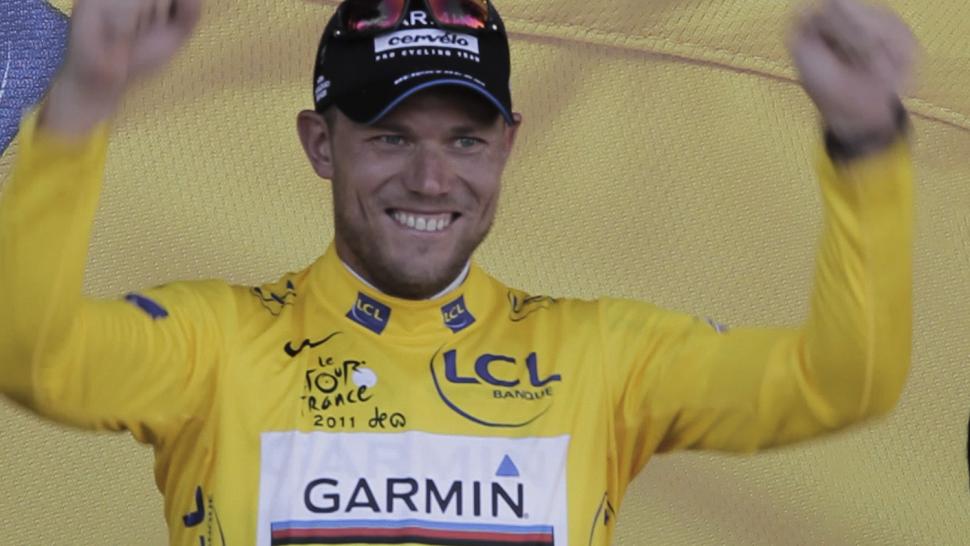 Remember those Mavic prototype wheels we showed you on Tyler Farrar’s new Cervélo the other day? Garmin Cervélo used the front one (paired up with a disc at the back) during the team time trial and bagged the win, and Mavic have stuck up a little vid on YouTube about it.

Mavic have several Cosmic Carbone wheels in the range already, all deep-section and designed with aerodynamics in mind. Some are full carbon, others have alloy brake tracks for extra control. This unnamed prototype has a full-carbon rim but Mavic aren’t giving out much information on it yet. 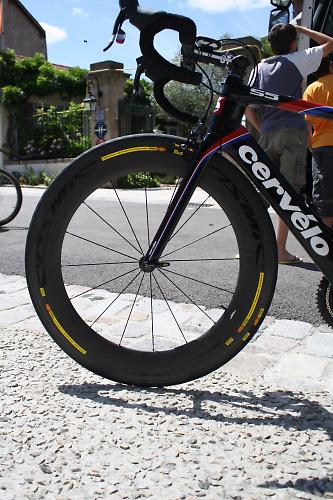 “As this product is not finalized yet we would rather not provide technical information as they are likely to be changed during the development process,” said Mavic’s Michel Lethenet. 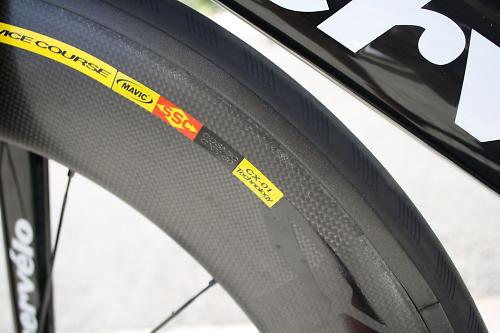 One of the most unusual features at first sight is the narrow rubber strip that sits in the little muffin-top channel between the rim and the tyre’s sidewall. Know where I mean? Effectively, the strip smoothes the transition between the tyre and the rim. Oh, just look at the picture and you’ll see what I’m on about. 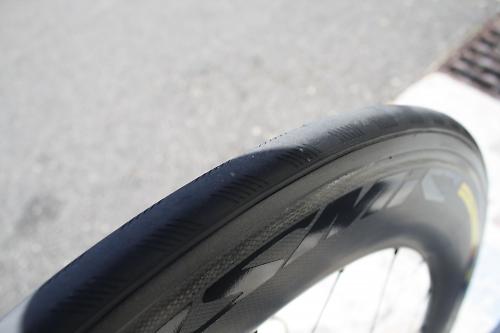 We assumed it is an aero feature and pressed the guys at Mavic for more details. They confirmed that it is there to improve aerodynamics but that’s all they’d tell us. Polite but firm, they were. 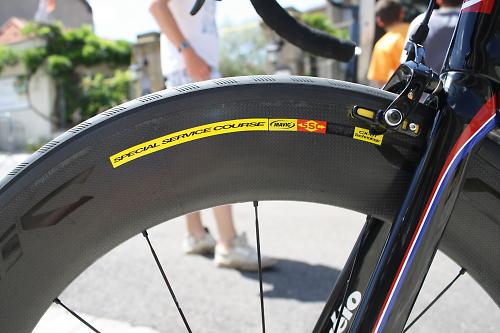 Actually, we do have a little more…

“A special prototype has been developed taking into consideration the race special constraints in which the aerodynamic drag is a key performance factor. A specific brief has been implemented with the racing teams [Liquigas-Cannondale as well as Garmin Cervélo] and athletes like Ivan Basso and David Millar.

“Wind tunnel tests are regularly organized in our facility for a few months now. The results are above our expectations. Analysis, modifications and adaptations have been integrated to provide to the professional cyclists the best possible products to race with. The actual prototype integrates advanced technical improvements but not ready for a larger integration in the current wheel range.

“Starting from today, this prototype is reserved to professional cyclists for race purpose and specifically for the Tour de France 2011.” 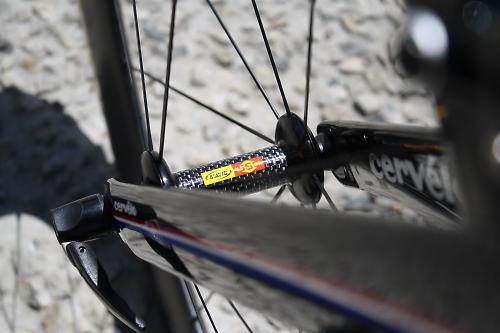 In other words, it’s a new wheel, they’re testing it in the Tour, and they’re getting feedback from the pros. Goddamn it, we already knew that. Ah well, we tried.