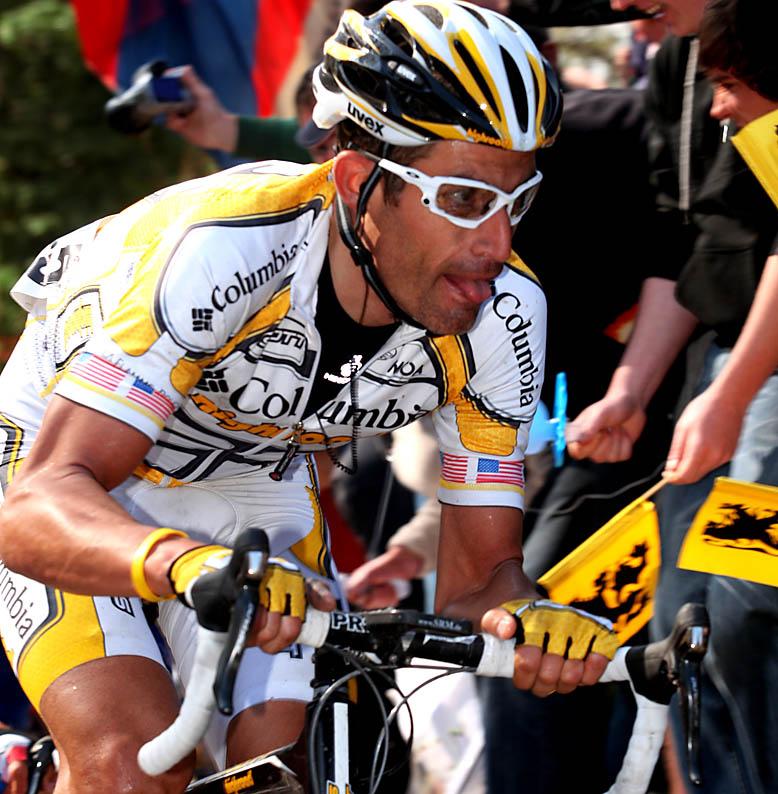 CBS News is reporting this evening that Lance Armstrong's right hand man, George Hincapie, is among three former teammates to testify that they saw the seven-time Tour de France winner using performance-enhancing substances. The 60 minutes team claim to have learned that Hincapie's testimony is that he and Armstrong supplied EPO to each other, as well as dicussing the supply of testosterone.

Hincapie's testimony comes on the back of those by Floyd Landis and, more recently, Tyler Hamilton. Both Landis and Hamilton have been attacked by Armstrong's camp for lacking credibility after changing their stories following suspensions for doping offences. Landis famously set up a partly fan-funded 'fairness fund' to clear his name before finally admitting his guilt, while Hamilton was banned for eight years in 2009 after failing a second test, effectively ending his career.

Hincapie has no such credibility issues, is still racing with BMC, and is widely thought of as having been one of Armstrong's most loyal lieutenants. In an interview last year he described Armstrong as 'like a brother', and his testimony against Armstrong – a testimony which, if it is as reported, also implicates himself and appears to back up aspects of Landis' confession – will be seen as a major blow for the pro-Armstrong camp.

It should also be underlined that giving testimony to a US federal grand jury is not something to be approached lightly and that lying under oath can often lead to a charge of perjury and potential prison sentence.

What's certainly not in doubt is that the use of performance-enhancing drugs was rife during the years of Armstrong's grip on the Tour. A retrospective look at the top tens from the years 1999-2005 shows that on every occasion at least two of the leading riders have subsequently been banned for doping offences. In 2000 and 2003, seven of the top ten were later handed a ban, or sacked by their teams for being implicated in doping scandals, most notably Operación Puerto.

Armstrong has always strenuously denied being involved in the use of performance-enhancing drugs; his line has always been that he's never tested positive in  over 500 tests, and 20 years of competition. However, that's also true (to a lesser extent) of Hincapie, and while the big New Yorker's testimony, if corroborated, isn't a smoking gun, it's by far the most damaging yet to Armstrong's credibility. Hincapie has no axe to grind and nothing to gain by implicating himself in the use of performance-enhancing substances.

Hincapie is currently participating in the Amgen Tour of California. The Associated Press have him quoted as saying at the stage finish in Solvang today, "It's just unfortunate that that's all people want to talk about now. I'm not going to partake in any cycling-bashing. I have done everything to be the best I can be. ... I want the focus on the future of the sport, what it's done to clean itself up. I believe in cycling and want to support it.".

Hincapie has also been on Twitter to assert his position. "I can confirm to you I never spoke with "60 Minutes." I have no idea where they got their information.", he tweeted. "As I've said in the past, I continue to be disappointed that people are talking about the past in cycling instead of the future. As for the substance of anything in the "60 Minutes" story, I cannot comment on anything relating to the ongoing investigation." That's a long way from being a denial of the programme's content.

Armstrong has not released a full statement, although his spokesman Mark Fabiani, said “we have no way of knowing what happened in the grand jury and so can’t comment on these anonymously sourced reports.”

The 60 minutes program airs this Sunday in the states at 7pm ET/PT.

More on this story as we have it...