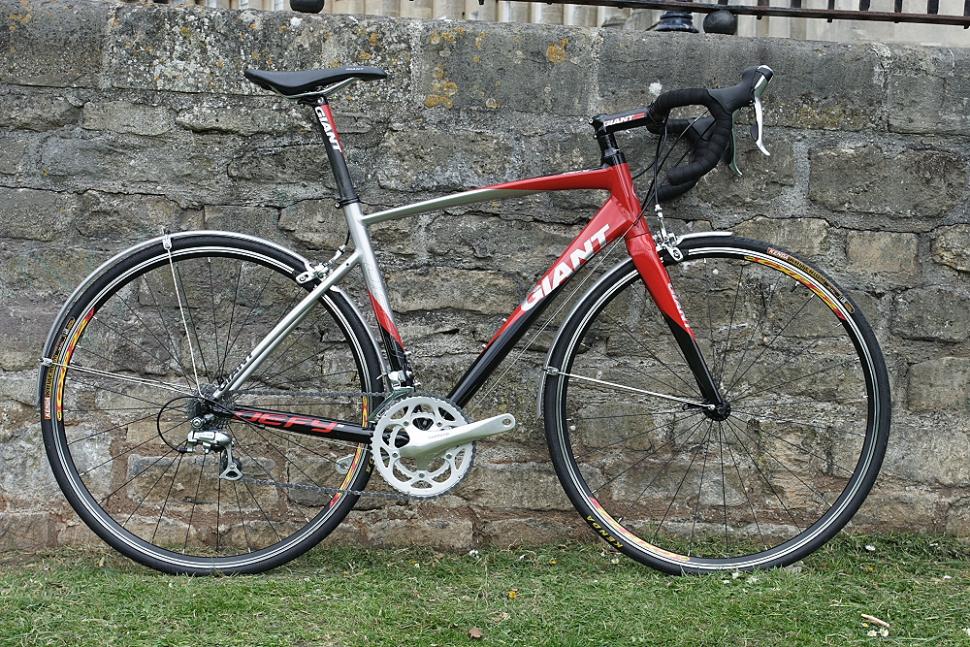 Giant's Defy range is the replacement for the legendary OCR their entry-level road bike that combined excellent performance with seriously good value – it's a good trick although possibly a little easier if you are the world's biggest bike company.

There are four bikes in the aluminium Defy range all made from Alux aluminium - which is part of Giant's Performance range of machines. The company has two other performance models: the all carbon Defy Advance, and the TCR Allince range of bonded aluminium and carbon frames which in terms of price sits between the two Defy ranges. All of Giant's Performance bikes are aimed at the sportive and leisure cyclist – people who want race level performance without a flat out racing position, the Defy is built to be a bike you can ride all day. 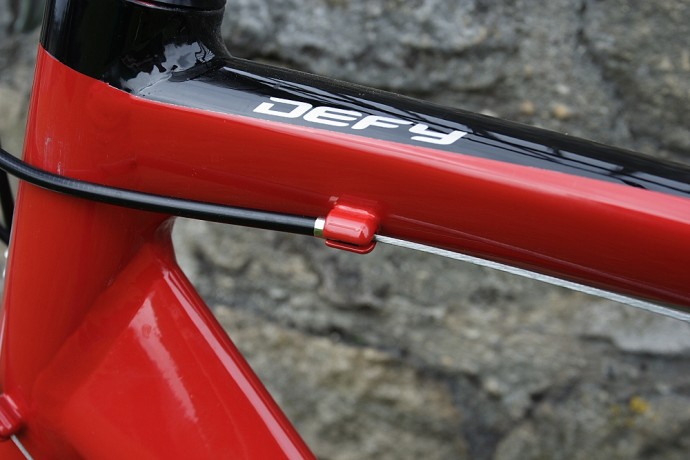 Our Defy 2 with the addition of some plastic guards, courtesy of Giant, tipped the scales at 9.24Kg a fairly impressive 20.3lb particularly when you consider that you could drop plenty of weight with a few choice upgrades – I'd certainly be looking at those wheels. 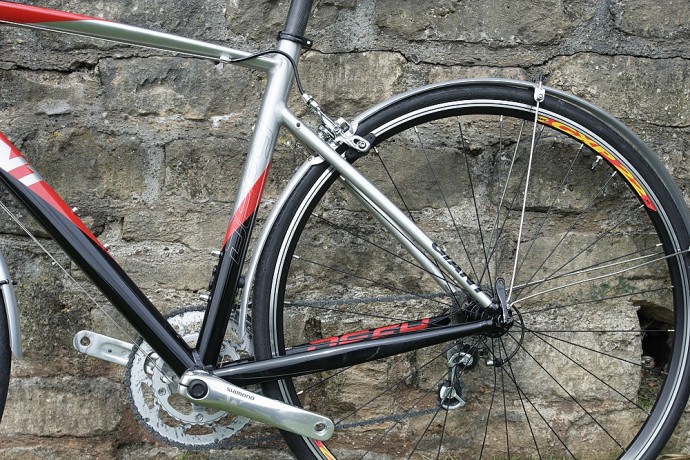 Geometry on all of Giant's Performance bikes is more or less the same with the TCR Aliance frames being a tad (we're talking half a degree at the head angle) more laid back then the Defys. Although they are made from different materials the frame profiles on both Defy ranges are quite similar around the front triangle junction of head/top/and down tube they are very similar. The aluminium bikes are hydro-formed so there is plenty of scope for Giant to achieve the fluid tube shapes associated with carbon – in aluminium too.

We're getting a carbon Giant TCR from the Competition range in a few days do it will be interesting to compare the riding postions and characteristics – we'd also like to get in a Defy Advanced just to be able to compare the same bike made in two different materials.

Giant pioneered the modern road bike compact, designed by Mike Burrows, although there have been tweaks over the years most notable of which is that the move to include more sizes than the original small, medium and large – in addition these days there is an extra small and a medium large. The medium has an effective top tube of 54.5cm and the medim large is pretty much a 56cm.

Component highlights on the Defy 2 are: 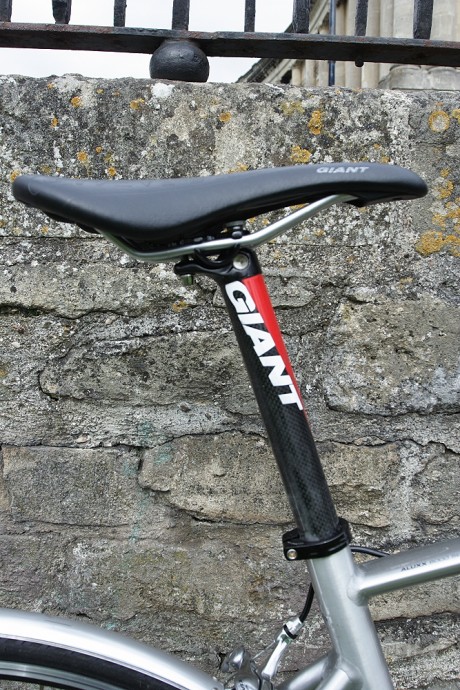 A nice long carbon seat post , this bike is a proper compact (a good thing in my book) so you don't need a spirit level to work out whether or not the top tube is sloping – there's plenty of slope and plenty of exposed post to compensate for any harshness generated by what should be an ultra-stiff frame. 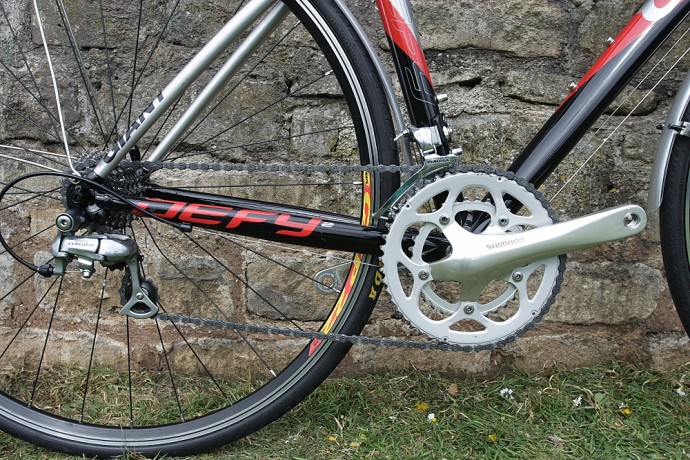 Full Shimano Tiagra drivetrain – 2x9 gears courtesy of a 50-34 compact double chainset and a 12-25 rear cassette, stopping is taken care of by Shimano Tiagra calliper brakes and the controls are Tiagra again combined Sti levers. Tiagra is starting to take over in some respects as the workhorse of the Shimano range, performance may not be as refined as 105 or Ultegra, but it does perform.

Like the seatpost the fork is carbon, “advanced composite” with an aluminium steerer, again it should go a long way to smoothing out the ride quality 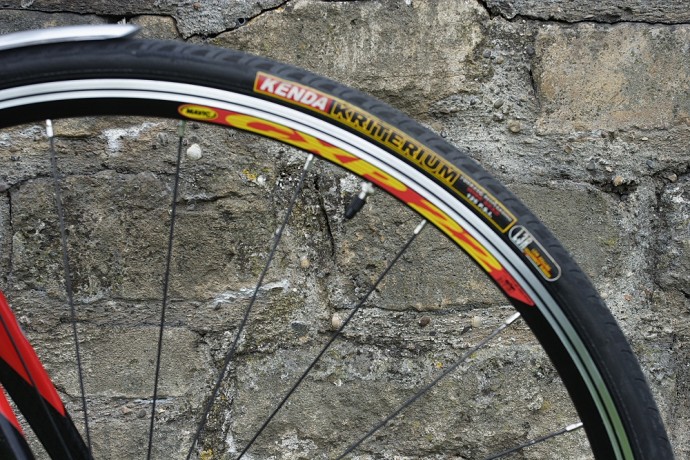 Wheels are Mavix CXP rims laced up using Sapim spokes to a Giant own branded hub and shod with Kenda Kriterium tyres. According to the spec sheet the 22 hole rims are 'custom for Giant' we're guessing it's the hole count that is custom bit. We haven't ridden Kenda Kriteriums before – they look interesting, but only time will tell if that's in a good way. The wheels is the classic place for bike companies to save money and make a price point – these look about right for the money. 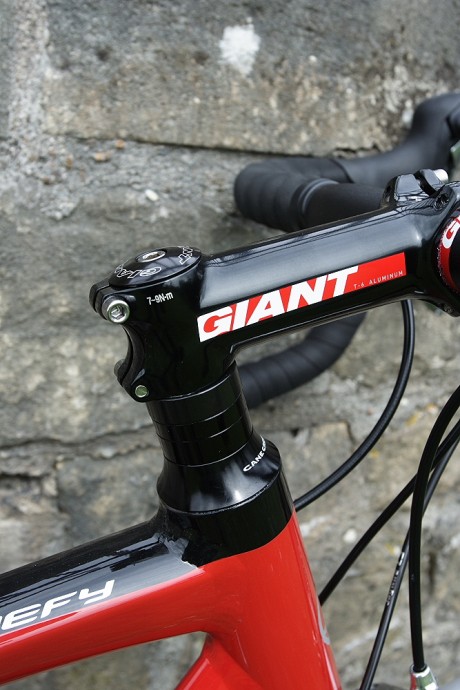 The rest of the componentry is fairly standard issue Giant own brand bars, stem and saddle – we've got no problems with aluminium stems and bars and saddles, of course, are a matter of personal taste.