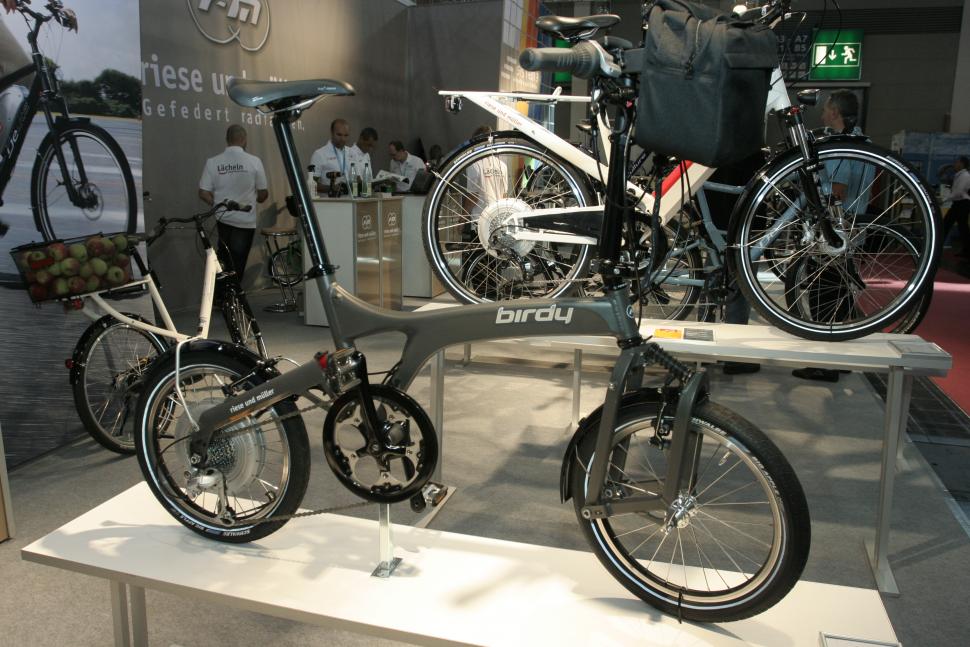 Electric bikes were all the rage at Eurobike, and as we reported elsewhere they are certainly getting better, and looking much more like normal bikes, none more so then the new Birdy Electric Folder. When we pitched up at the Riese and Mueller stand at Eurobike asking to see their new electric bike, and wondering where it was, the nice people from R&M politely pointed out that we were standing next to it.

It's only when you take a good close look at the electrically powered pedal-assist Birdy that you notice anything different from its more conventionally powered brothers and sisters. That, or you could pick it up, but more on the Birdy's weight later. What most people will want to know is: is it legal? Yes it is. And then, how fast will it go, how far, and for how long? Well, the 250 Watt motor is capable of a top speed of 25Km/hour, courtesy of a 9.6Ah battery, and has a claimed average range of 35-45Km. How far it will go on one charge depends on how much assistance you require – the more you ask of the motor the less distance you will get. And it's not just a matter of how often you need the motor's help, how much help you need from it is a factor too. The power unit has 4 assistance levels – if you only use the lowest the unit's range expands dramatically to 70Km. Use it on maximum power (equal to 200 per cent leg power – we're assuming that's average leg power and not Chris Hoy) and you can expect to get 20Km out of it. 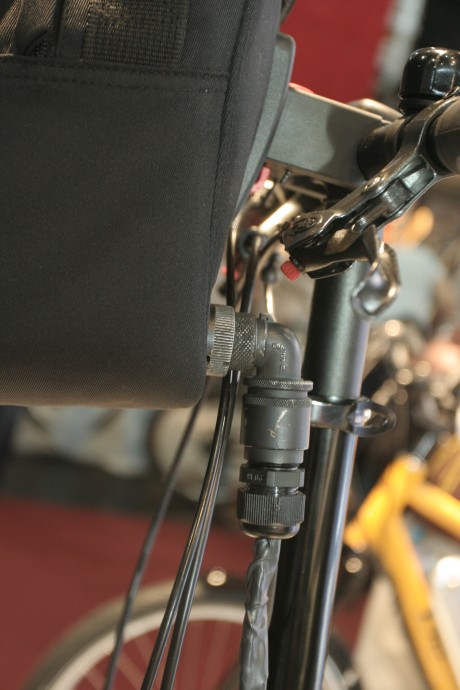 That might not sound much, but the big plus for the average short hop commuter is that it will recharge in 3-4 hours: you can carry the battery charger in the bar-bag containing the battery and simply unhook the whole lot when you get to work and charge it up at your desk.

As we mentioned above though, it is heavier than a standard birdy, 7.5Kg heavier say R&M. That's a reasonable amount of extra heft, but then that has to be put into context, the claimed weight for the bike is 18Kg, which by Electric bike standards makes it a featherweight – there are more than a few 30Kg electric bikes out there.

The obvious use for the Birdy Electric is for those who want to take the sting out of hills, older riders, or the very inexperienced. R&M assured us that when you're not using the power-assist it rides just like a normal Birdy. Our hunch is also that likely owners of this bike, will probably fold it less often than the owners of standard Birdys.

Even so, getting the power to weight ratio right is especially crucial in an electric folder, particularly if we are correct about the target users, and it looks like Birdy might have got the balance about right there, (the problem with many first generation power assist bikes was that a fair whack of their power was used up simply moving the enormously heavy bike – leaving not much over to assist you). The proof though will only come when we ride one.