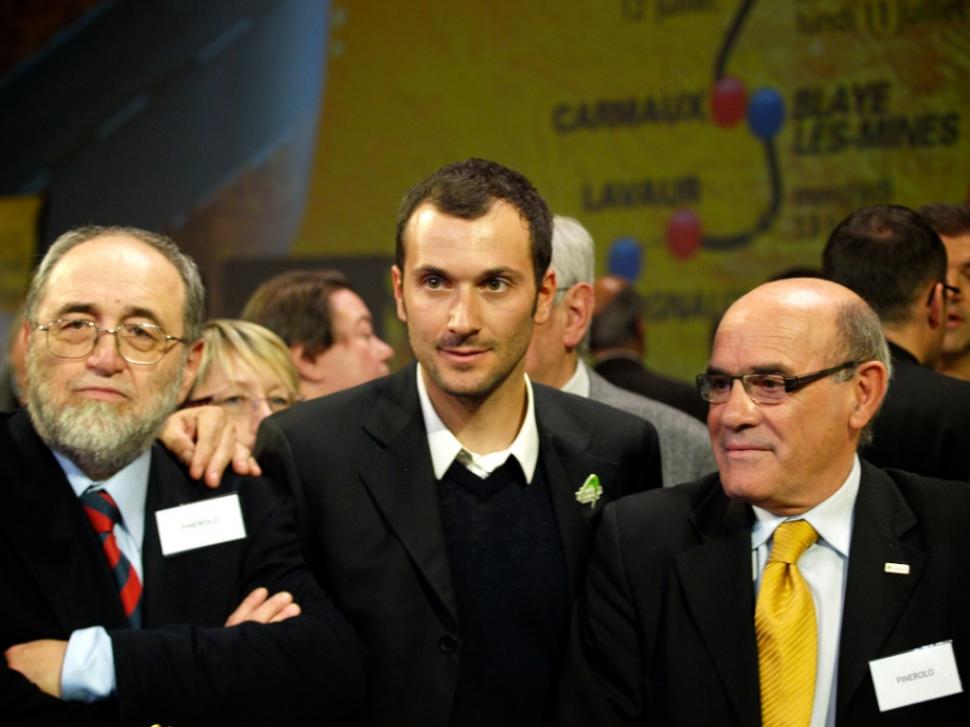 Ivan Basso, who is targeting victory in the Tour de France next season, has an added incentive to do so to concur following the revelation that the dying wish of the coach Aldo Sassi, who died from brain cancer in the early hours of Monday morning, was for the Liquigas-Doimo rider win the maillot jaune and place it on his tomb.

Sassi, a former manager of the Mapei team who went on to set up the Mapei coaching and testing centre near Varese – coincidentally, Basso’s home town – was known for his anti-doping stance, as epitomised by his presence, despite his illness, at the New Pathways In Pro Cycling conference in Australia in September ahead of the UCI Road World Championships in Geelong.

The coach, aged 51, had revealed that he had been operated on for a brain tumour in April but insisted on carrying on his work right to the end.

Speaking yesterday at Sassi’s funeral yesterday in Valmorea, near Como, Mapei owner Giorgio Squinzi highlighted that through Basso’s victory in the Giro d’Italia this year, the coach had demonstrated that it was possible to race a Grand Tour clean and win it. Squinzi added that Sassi had also “asked Basso to win the Tour clean, and place the yellow jersey on his tomb,” according to today’s Gazzetta dello Sport.

Many of Italy’s top riders, past and present, attended Sassi’s funeral, including Basso, Damiano Cunego, Francesco Moser, Paolo Bettini, Andrea Tafi, Francesco Moser and Gianni Bugno, all of whom worked with him at some point in their career.

Beyond Italy, riders such as Michael Rogers, Oscar Freire and Kjell Carlstroem also came to pay tribute, but the rider who was perhaps Sassi’s favourite student, 2009 World Champion Cadel Evans, was unable to attend due to his being in Australia. In a message posted to Twitter on Monday, Evans said, “Thanks to all who remember the great man Aldo Sassi.”

Also in attendance was Sassi’s final client, Riccardo Riccò, who returned to the peloton earlier this year after serving a 20-month ban for doping. Riccò was involved in further controversy when it was revealed that he had split up with his partner, Vania Rossi, the mother of his son Alberto, after she tested positive for EPO at this year’s Italian cyclocross championships.

The former Saunier-Duval rider, who will be racing for the Dutch team Vacansoleil next season, revealed that Sassi had also had some parting words of advice for him. “He said that the most important thing is family,” said Riccò, adding that the coach had told him: “Vania, Riccardo and Alberto, you must be together and love each other. The rest comes after.”

1
Conor McGregor knocked off his bike... and gets a lift home off the driver who hit him
2
167 cyclists – and just four drivers – fined in police crackdown during Tour Down Under
3
"Our intention was not to hide these changes": Strava apologises for price hike controversy
4
Driver assaulted cyclist for questioning mobile phone use
5
Van Rysel to launch seven new bikes, including high-end race models
6
Cyclist hit by truck driver has compensation cut after judge says lack of helmet contributed to injuries
7
Councillor calls for anti-bike barriers to prevent “dangerous” cyclists “zooming across” foot tunnel
8
Town council says “restrictive” RideLondon sportive not wanted – because locals “can’t get out of their own road”