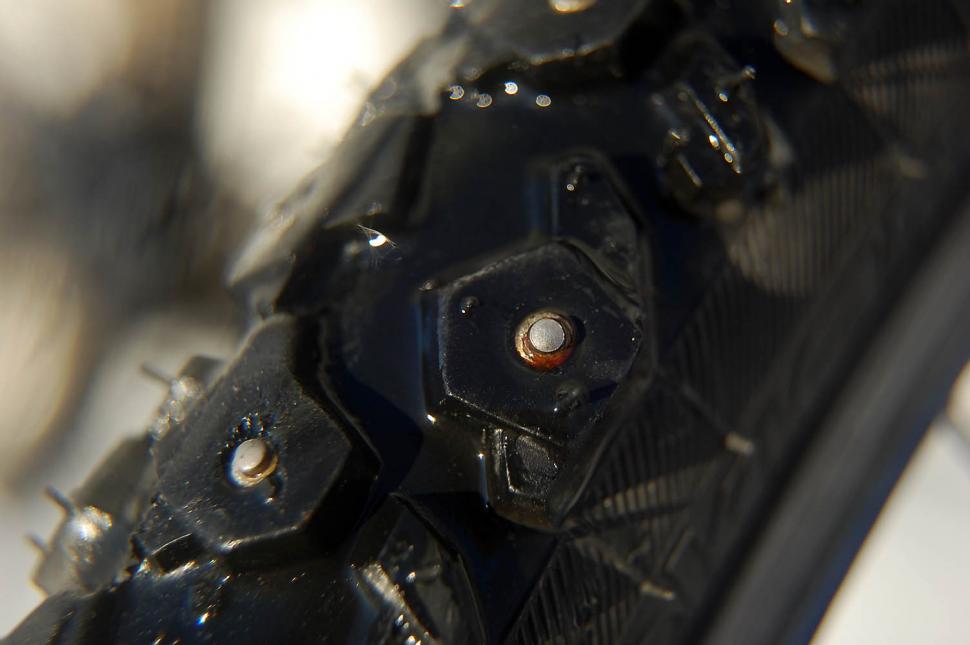 NHS report suggests ice biggest cause of non-collision injuries to cyclists – so how to keep upright this winter?
by Mat Brett

Winter is heading this way fast and while all right-thinking folk like a bit of snow and ice from time to time, it’s bad news as far as cycle safety is concerned. A new report suggests we can't rely on the gritters to keep us upright in icy weather.

The Met Office forecast an early dose of winter any time now, so you might want to check out road.cc's guide to riding in ice and snow a tad earlier than usual.

“The cold weather is clearly on its way this week,” said Chief Forecaster Steve Willington. “Snow will be confined to the north and east during the working week, before other parts of England and Wales see snow as we head through the weekend.”

Gulp! It was summer five minutes ago. Even if you don't get snow around your way, you're likely to see frosts and daytime temperatures that don’t rise about 3-4°C. It all adds up to a difficult time ahead for us cyclists.

A new study says that slipping on ice is the most common cause of non-collision cycling injuries in England – in other words, damage sustained by cyclists when no other vehicle or object is involved.

The study – by NHS Bristol, Cycling City and the West of England Road Safety Partnership – reckons ice is behind 26% of all reported non-collision injuries. That’s way higher then the other main offenders: slipping on wet roads, 8%; and slipping on soil, mud, gravel and wet rock (the report includes mountain biking) at just 7%. Potholes, which seem to be everywhere after the past couple of harsh winters, account for another 3% of the total.

Of those ice-related injuries, 50% happen on the commute to or from work and the vast majority (75%) on the road, although a significant 16% happen on cycle paths. Just one more stat for good measure: the study estimates that during 2008/09, 1,662 admissions to hospital in England were caused by non-collision cycling injuries that result from cyclists slipping on ice.

The interim report of this study says, “The fact that the majority of ice related incidents occurred on the main highway or road stimulates consideration of whether we need to raise awareness of the necessity for cyclists to limit the reliance they place on gritting activities to keep them safe from slipping, or to review the effectiveness of gritting for this purpose.”

Huh? In other words, we can’t rely on the gritters to keep us upright.

It also says, “The sight of the gritting lorries is a reassuring sight to many. This feeling needs to be balanced with a caution aimed at cyclists to the effect that salting of highways is not guaranteed to remove all ice and that small patches of ice (which are insignificant to four wheeled vehicles) may remain and be sufficient to unseat a cyclist.”

Again, don't rely on the gritters. Not the best news ever – or the biggest news ever – although we can always badger our local authorities not to skimp on the gritting… providing they don’t run out this winter. There's more on the NHS report here.

All that said, it’s interesting to note that in another recent report, the snappily titled Collisions Involving Pedal Cyclists on Britain’s Roads: Establishing The Causes from the UK’s Transport Research Laboratory (TRL), ice isn’t specifically mentioned as a significant cause of non-collision cycle accidents.

Why the disparity between the figures in the two reports? Well, the first is based on a survey of cyclists whereas the second includes only incidents that occurred on the public highway and which were reported to police. So incidents included in the TRL report tended to be more serious; thankfully, non-collision accidents aren't usually that serious.

On a related note, if you want spiked tyres to help you stay rubber-side down over the winter, get in early because they have a habit of disappearing from the shops as soon as a bad spell of weather arrives.

Chris Hearn of Bohle UK, distributors of Schwalbe, tells us that you need to put pressure on the retailers you use to ensure delivery. Bohle’s initial orders are already sold through and new deliveries won’t be arriving until mid-December.

The Schwalbe Marathon Winter tyre, for example, is designed to give you control on icy roads, even through tight corners and under hard braking. You let the pressure down for riding on ice, and pump it up hard for riding on ice-free roads without too much noise.

Schwalbe’s Snow Stud tyre is a touch cheaper and it’s available in 26in (£32.99) and 700c (£31.99) versions too – again, the 700c one is wide at 38mm. The studs don’t run down the centre section here but are positioned towards the shoulders where you’ll need them most, and like the Marathon it has a Kevlar puncture protection belt underneath the tread – which is especially valuable on a winter tyre. As with the Marathon Winter, you need to lower the air pressure for the best grip on icy roads. Go to www.schwalbe.co.uk for all the details.

A Google search for 'studded bike tyres' will get you a few other contenders, or you could go for a more general-use winter tyre like the Continental Winter Top Contact (£39.95). You get two layers of Vectran puncture-proofing under the tread to save you from fixing a flat in the cold, and Conti reckon that sharp granules in the rubber compound help with grip in wet and snowy conditions. We've not given them a go but we'll try to get some in for review. If you've tried them, let us know what you think below.

For road.cc's guide to riding in ice and snow, click here. Wrap up warm and go careful out there. We can get through this together!