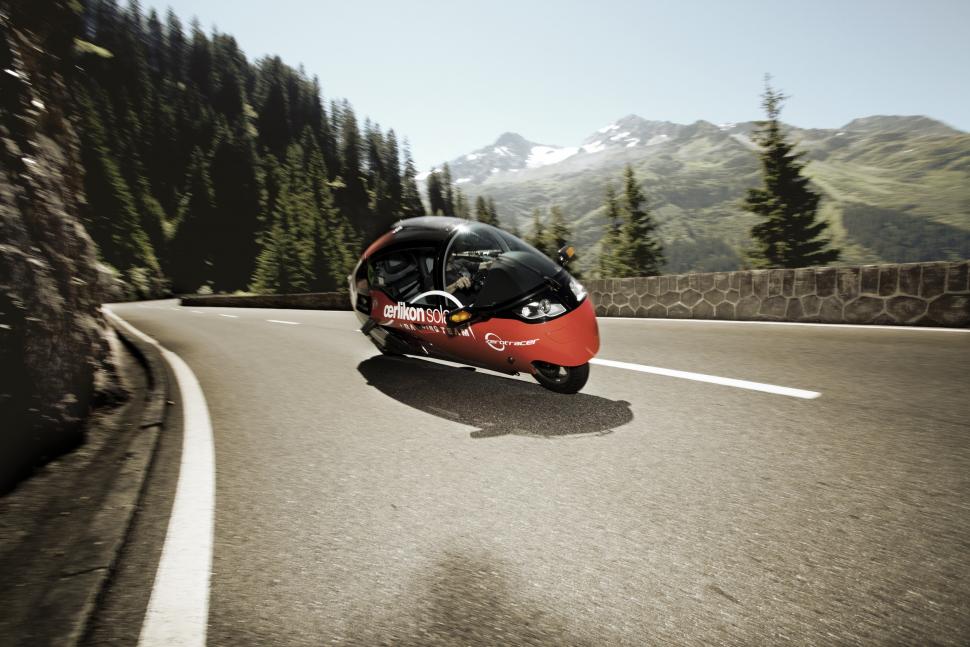 A Vancouver cyclist is recovering after suffering broken ribs when he was hit on Friday by a vehicle taking part in the round-the-world Zero Emissions Race, designed to showcase vehicles that run on renewable sources of energy.

According to a report on the website of the Toronto-based newspaper The Globe and Mail, the unnamed 50-year-old cyclist rode off the pavement and into the path of the vehicle, the Oerlikon Solar Zerotracer, which as shown in the picture above is effectively a motorcycle fully encased by a fairing.

A spokesperson for the Vancouver Electric Vehicle Association told The Globe and Mail: “It’s a hard mix when the bicyclists jump out in front of you. It’s like a dog running off the curb right in front of you. You can’t stop.”

He added that initially there were fears for the condition of the cyclist, who was immobile in the immediate aftermath of the crash and was subsequently taken by paramedics to Vancouver General Hospital.

It is not clear why there was no cordon along the route of the race that would have prevented the cyclist from joining the road from the pavement, assuming that is what actually happened.

Nor is it known what speed the Zerotracer, which can accelerate from 0-100km an hour in 4.5 seconds – faster, its designers claim, than a Porsche 911 – was traveling when the accident took place.

The vehicle is currently leading the 80-day race (excluding travel time between stages), which began in Geneva on August 15 and is scheduled to finish there on 22 January.

According to its organisers, “The purpose of the race is to show that zero-emission vehicles running on renewable energy use technologies that are available and reliable today.”

They add: “The Zero Race is not about speed, but about other judgment criteria, including vehicle reliability, energy efficiency, utility to every day life, design and safety.”

Police in Vancouver are appealing for anyone who may have captured the incident on video or taken photos of it to contact them.