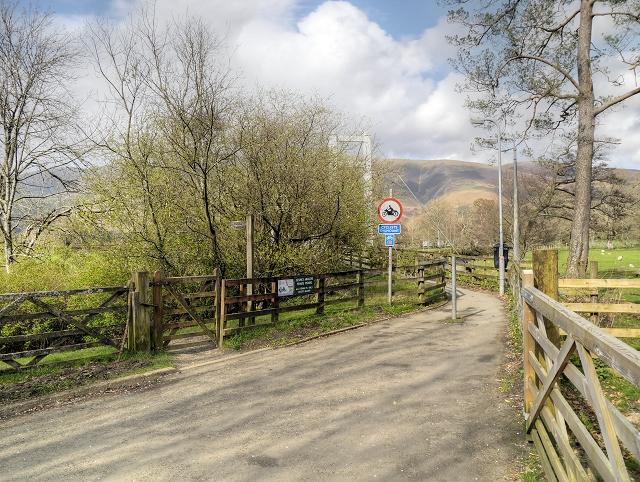 County councillors in Cumbria have ignored advice from their own officials and have approved a ban on cycling across a bridge in the Lake District.

The bridge, in Portinscale, links the village with Keswick on the northern shores of Derwentwater and lies on National Cycle Network route 71.

But following a ruling by Cumbria County Council’s Local Committee for Allerdale, cyclists will now be required to dismount to cross it, reports the News and Star.

The decision was made at a meeting last Friday and followed a consultation regarding four options for the crossing, which attracted 80 responses.

Council officers, noting objections to some of those proposals from cyclists, said that an existing ban on cycling across it should be ditched.

Instead, they recommended a “share with care” scheme to allow cyclists to ride across the bridge, while giving pedestrians priority.

Councillors instead decided to ban cycling altogether with one, Alan Johnson, saying: “Sorry, I disagree, it’s been on my parish for the last five years.

“While I don’t want to ban cyclists it’s a footbridge and the aggressiveness of some of the cyclists is unbelievable. So I’m for banning cyclists riding on the footbridge.”

Fellow councillor Tony Lywood said: “There is already a sign up saying to dismount and no one is going to police it. I will be supportive of prohibition of cyclists on this.”

Another councillor, Alan Barry, commented: “Our job is to keep people safe and I don’t think there is any other option than to dismount either end to go across that footbridge.

“On this occasion health and safety is a priority. I don’t want to see a lady with a pram or child jumping out of the way.”

Following the ruling, cyclists will now need to dismount at either end of the bridge and walk their bikes across it.