Birmingham City Council has announced an end to “the golden age of cars,” publishing plans to ban drivers of private cars from crossing the centre of the UK’s second largest city by employing a Dutch-style approach aimed at encouraging more cycling, walking and use of public transport in a bid to end car dependency and cut air pollution, among other benefits.

The measures to restrict private motor traffic are presented in the Birmingham Transport Plan 2031, which says: “Birmingham’s transport timeline shows a sequence of periods during which one mode of travel has been dominant only to be replaced by the next new best thing.

It adds: “Birmingham is now entering a new cycle of change which will be different because no single mode of transport will be dominant.

“Instead, members of the travelling public will have a choice between a range of modes of transport – each of them accessible, viable and sustainable – which together will form a go-anywhere, anytime integrated transport system.”

Subject to cabinet approval, the proposals will be put to consultation running from 28 January to 27 March, and would see the city centre split into a number of ‘traffic cells’ as shown in the graphic below. 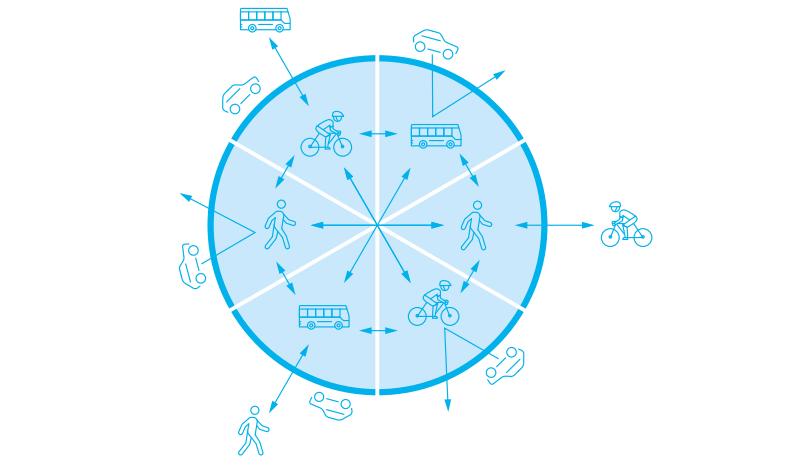 Similar to the system operating in a number of cities in the Netherlands and also introduced successfully in the Belgian city of Ghent, motorists would be able to access the city centre through one of those cells.

However, they would not be able to move from one cell to another – meaning that to drive from one side of the city centre to the other, they would have to exit the cell they were in and make their way around the ring road to a suitable access point to the cell their destination lies in.

One effect of that would be to discourage use of private cars for short journeys, with the city council, which aims for Birmingham to be carbon-neutral by 2030, pointing out that 25 per cent of all trips by car there are of one mile or less, with the average motorist losing 134 hours to congestion in 2018.

Other initiatives in the plan include introducing a workplace parking levy, with revenue reinvested into public transport, and reassessing car parking provision – estimated to take up 30 per cent of available land – to free up space for housing and workplace developments.

The council aims to make public transport a more attractive option by making its pricing more attractive compared to parking and investing in tram and bus routes, as well as reopening passenger rail routes in the city and wider region.

It also wants to encourage more people to cycle, with the goal of 5 per cent of trips to be made by bike by 2023, rising to 10 per cent by 2033, partly encouraged by reallocating road space away from private cars.

Other proposals outlined in the plan include rerouting the A38, introducing a 20mph speed limit on residential roads, bringing in car-free school streets to encourage active travel, and restricting deliveries made by lorries during the day.

In his foreword to the Birmingham Transport Plan 2031, Waseem Zaffar, the Labour-run council’s cabinet member for transport and the environment said: “Over-dependence on private cars is bad for the health of ourselves and our families, bad for our communities and bad for business as measured by the millions of pounds of lost productivity caused by congestion.

“Ultimately, it is bad for the future because of the very significant damage caused by vehicle emissions and their impact on climate change.

“For longer journeys, buses, trams and trains will be the backbone of a new, go-anywhere transport system.

“Good transport is the most important ingredient in ensuring that the benefits of Birmingham’s growth are felt in every part of the city.

“Transport is key to opening up job and training opportunities, to providing access for all to essential services including health and education and to supporting individual self-development and fulfilment.”

“In this way, transport is much more than a means of getting us to where we want to go each day, it can be an enabler [of] transformational changes,” he added.

“To unlock the potential of transport, we need to fundamentally change the way people and goods move around the city.”

Last month, York revealed its plans to ban private cars entirely from its medieval city centre, while Bristol had previously outlined proposals to remove diesel cars from its streets.

With environmental issues high on the agenda now, it is highly likely that more cities will follow them and Birmingham in seeking to implement measures to reduce people’s reliance on their cars to help tackle congestion and pollution as well as improving residents’ quality of life.